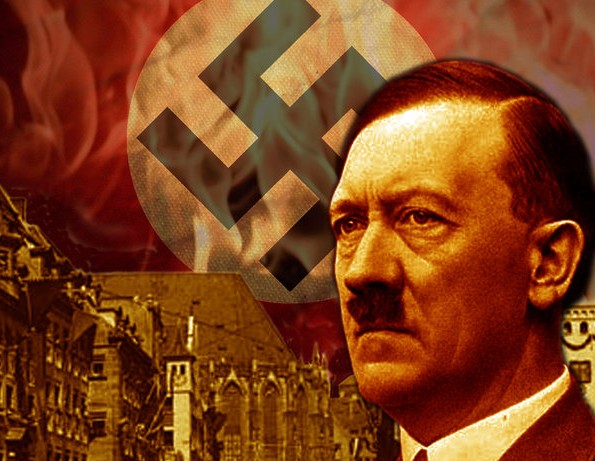 Philosophy’s Shameful Love for the Swastika

Crude and vicious anti-Semitism; narrow, bigoted nationalism; and total indifference to the deaths of hundreds of thousands of people – these are not attitudes we expect from philosophers. On the contrary, these academic thinkers are supposed to have sophisticated ethical outlooks. They aim to be supremely rational, and to believe only what they can show to be true.

So it comes as a surprise to be reminded of the story told in Hitler’s Philosophers. This forthcoming book by Yvonne Sherratt, to be published by Yale, looks at the way some academics in Germany reacted to the coming of Adolf Hitler. And what an intensely depressing story it is. Most of them, including Martin Heidegger, one of the greatest names in 20th-century philosophy, did not merely reconcile themselves to Hitler. They enthusiastically espoused Nazi ideology, and came up with all sorts of elaborate reasons to justify the purging of Jews, the persecution of dissidents, and the conquest and oppression of other nations. They went out of their way to flaunt their loyalty to the Nazi cause. Heidegger used to lecture in military uniform, in a hall that he arranged to be decked out with swastikas and other Nazi flags. He got rid of Jewish academics with relish, even betraying his own teacher, Edmund Husserl, who had kindly arranged Heidegger’s professorship for him.

The way academic philosophers embraced Nazism is shocking. You might try to excuse it on the basis that they were bullied into it by the Gestapo and the SS. But they were not. As Sherratt points out, when Hitler became chancellor in 1933, his plan to purge universities of Jews “required the wholesale collaboration of a mass of academics”. No doubt it could and would eventually have been achieved by force – but, in the event, Hitler did not need to use force. The academics, particularly the philosophers, cleared out their Jewish colleagues voluntarily.

Perhaps their behaviour was not the consequence of fear, but of that other familiar human failing: ambition. These philosopher-Nazis were, you might argue, rational in the sense that they were following the maxim “seek power, and follow it”: they could see that in order to get on in their careers, they had to fall into line with the overpowering force of the Reich. So they duly got rid of their Jewish colleagues.

That, of course, would be bad enough – indeed it would be morally despicable, particularly given the betrayal of friends that it necessarily involved. But it would, I suppose, keep the philosophers’ much-vaunted “rationality” intact. Then you come up against the startling fact that these supposed apostles of reason went far further in endorsing Hitler than was necessary to advance their careers. They bent over backwards to praise Hitler as “a great philosopher” – a judgment which, given the crudity and stupidity of the Führer’s ravings in Mein Kampf, was utterly ridiculous. They claimed his rule, which had been established by fraud and was maintained by force, represented the highest German ideal. They even went so far as to insist that making Hitler’s word law represented the supreme rational principle for Germany.

That should have been recognised by the philosophical community as a betrayal of their commitment to truth and rationality.But it wasn’t. It seems that the academics weren’t pretending: they genuinely believed that Nazism was a force for good. Their deluded enthusiasm for the debased ideology of the Nazis is an instance of the fact that people who spend their lives debating abstract issues can become so distanced from the quotidian world that they can no longer see the obvious.

John Maynard Keynes once said of a man that “he has his ear so close to the ground that he cannot hear what an upright man says”. These philosophers suffered from the opposite problem: their heads were so far up in the clouds that they could not recognise the blindingly obvious fact that Nazism meant torture, persecution and genocide. They became astonishingly stupid as a consequence.

Philosophers are particularly vulnerable to this form of idiocy, because there is so little content to their subject. It does not consist in the discovery of new facts, and philosophical theories are only seldom decisively refuted by anything. Fashion is often the most important factor in explaining which doctrines come to be accepted by any group of academic philosophers.

This is why the relationship between the way a philosopher acts, and the doctrines he espouses, is so important. In the case of a physicist or a mathematician, there is little or no overlap between what is being studied and how a person should live. But in the case of philosophy, at least when the philosopher studies and teaches ethics, his ideas have obvious implications for personal conduct. Whether he lives according to the precepts he espouses seems to me a legitimate test of whether there is any merit in his views. A philosopher’s actions should not contradict his teaching. If they do, it suggests that he does not really believe what he says – and if he doesn’t, then why should we?

Right at the start of the Western tradition, Socrates was portrayed by Plato as embodying, in his life, the ethical ideas that he preached. Socrates was a martyr to truth, preferring to take hemlock and die (according to Plato) rather than deny, or run away from, the consequences of the truths that he espoused. Socrates’s lack of hypocrisy, and his determination to ensure that his life reflected his beliefs, has provided the template for how we think a philosopher, especially one who writes on ethics, ought to behave.

At the other end of the scale there is the story told in Hitler’s Philosophers. It is a sobering and disturbing tale, and a reminder that intelligence and a lifelong devotion to “truth” is no protection whatever against believing that the most brutal, stupid, dangerous and unethical ideology is the greatest achievement of mankind.