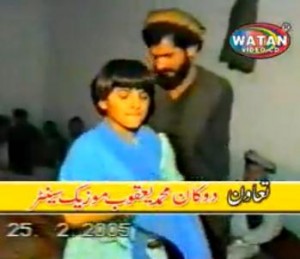 What kind of person in Washington hides this kind of news? Even worse, what kind of person believes this information should be buried and then argues revealing it could endanger lives? Covering up problems like this is not just dumb and immoral; it is criminal.

Wikileaks recently released a cable from the US Embassy in Kabul, Afghanistan, revealing that government mercenaries working for DynCorp (pronounced “dine-korp”) International threw a special party for Afghan security recruits that featured “Bacha bazi,” using trafficked boys as the entertainment. The boys’ pimps were paid to make the boys sing and dance for the police recruits and then be raped by them afterward. There’s our tax dollars at work, fighting terrorism and extremism in Afghanistan by buying little boys for pedo-sex with drugged-out cops.

“Bacha bazi” is the Afghan tradition of “boy play,” in which young boys are bought, dressed up in girls’ clothing, forced to dance for leering men and then provide sex to the highest bidder. Apparently, this “entertainment” is being funded by our tax dollars while DynCorp International is in charge of security and entertainment.

DynCorp is a government contract “security training force” which has been (mostly ineffectively) providing training for Afghan and Iraqi security and police forces and drug officers in Mexico and South America. The Kunduz dancing boy rape incident is nothing new for DynCorp.

In 1999 DynCorp was at the center of a child sex slavery and prostitution scandal in Bosnia. There, DynCorp employees were involved in raping, buying and selling women and girls from the Ukraine, Moldova and Roumania – some as young as 12 years old.

The Pentagon contracted with DynCorp to perform police duties for the UN and aircraft maintenance for the US Army in Bosnia. A disgusted DynCorp whistle blower exposed his company prostituting and trafficking Ukranian and Russian children, and even came forward with evidence – DynCorps’ Bosnia site supervisor had videotaped himself raping two girls. In the end, only the whistle-blower was punished. This was just one of two different scandals involving DynCorp and child slaves in Bosnia. The other involved air plane mechanic Ben Johnston, who sued DynCorp, alleging he was fired when he discovered that DynCorp employees and supervisors had been “engaging in perverse, illegal and inhumane behavior [and] were purchasing illegal weapons, women, forged passports and [participating in] other immoral acts.” The employees involved were transferred out of the country. None were ever charged with a crime.

In 2004, DynCorp employees at Tolemaida Air Base in Colombia were distributing videos of themselves raping underage girls from the nearby resort town of Melgar. Copies of the videos were even sold on the streets of Bogotá.

No DynCorp executive or employee was ever brought to justice in any of these cases. BGen Karl Horst said of DynCorp, “These guys run loose in this country and do stupid stuff. There’s no authority over them, so you can’t come down on them hard when they escalate force… they shoot people and someone else has to deal with the aftermath. It happens all over the place.”

DynCorp says over 95% of its $2 billion annual budget comes from U.S. taxpayers – the same budget that was used to pay for the Bacha bazi party in Kunduz.

Given this latest incident, it is easier to understand why earlier this year Hamid Karzai fired his DynCorp personal bodyguards and demanded the dismissal of all private security companies from Afghanistan by 31 December 2010. Karzai’s command has since been watered down owing to outside pressure.