Who is Behind the National Republican Trust (NRT)? 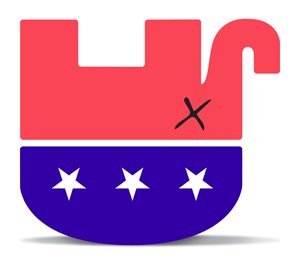 " ... The National Republican Trust has no formal connection to the Republican Party. It is an independent group with ties to the conservative Web site Newsmax. ... NRT PAC ... is headed by a former writer for the Rev. Sun Myung Moon’s Insight magazine. ... "

Excerpt: "Undecided On Who To Vote For? Need Facts On The Issues, Not Political Spin Or Mudslinging?"
glosslip.com
10/31/2008

... An anti-Obama group said that he would give a driver’s license to someone like terrorist Mohammed Atta:

An upstart group calling itself the “National Republican Trust PAC” mixes a pile of false claims and the image of 9/11 mastermind Mohammed Atta to create one of the sleaziest false TV ads of the campaign.

The spot falsely claims Obama has a “plan” to issue driver’s licenses to illegal immigrants. In fact, Obama has said quite specifically, “I am not proposing that that’s what we do.”

The ad implies such licenses would enable terrorist attacks. In fact, Atta wouldn’t have needed one to carry out his attacks. It claims that Obama’s health care plan will apply to illegal immigrants. But Obama has stated quite clearly that his plan “does not” cover illegal immigrants.

Despite its name, the National Republican Trust has no formal connection to the Republican Party. [k's note: People forget, or just don't know, that the word "republican", lower-case "r", did not originally describe one political party.] It is an independent group with ties to the conservative Web site Newsmax. It sprang into being barely a month ago and has reported spending more than $900,000 to attack Obama through e-mail messages and, now, TV ads.

Its TV spot first showed up on the air in Columbus, Ohio, Oct. 26, and it has also received considerable circulation on the Web. It attempts to link Sen. Barack Obama to the 9/11 hijackers. The link? A spurious claim that Obama plans to give driver’s licenses to illegal immigrants. NRT PAC, which is headed by a former writer for the Rev. Sun Myung Moon’s Insight magazine, says it plans to air the ad in other swing states. ...