It slipped out in an unguarded moment, as the truth often does.

Nevada Assembly Minority Leader Pat Hickey, R-Reno, was in the midst of a routine interview on KOH, right-wing talk radio. He knows the format well, having reported the news for the station in a previous life.

It’s easy to understand how it happened, in the relaxed broadcast booth where you don’t have to worry that people will be more focused on your hair than your words. What’s incomprehensible is the aftermath.

The conversation was barely controversial by KOH standards. This is what Hickey said:

“We have some real opportunities in 2014. It is a great year in a non-presidential election. Seemingly no Democrats at the top of the ticket against Sandoval. No Harry Reid. Probably where we had a million voters out there in 2012, we have 700,000. A lot of minorities, a lot of younger people will not turn out in a non-presidential. It is a great year for Republicans.”

In his glee, he didn’t realize anyone would find fault with the link between the last two sentences since this is a given in Republican circles, where little attention is paid to addressing the concerns of youth, minorities, or the poor.

Instead of sincerely apologizing for the offensive statements that seemed to celebrate the idea that young people and minorities are less likely to vote next year, thus ensuring Republican victories, Hickey made the situation much worse by trying to explain it away.

As national media outlets started picking up the story, he went on Jon Ralston’s television show and pretended Democrats were inferring he was a racist. In an attempt to showcase his family’s inter-racial composition, he made a crass and insensitive statement regarding his Sun Myung Moon-sanctioned marriage to a Korean woman: “I’m a white guy married to a yellow woman.” It makes me cringe to repeat it.

Within days, condemnation of his remarks were issued in official press releases by U.S. Sen. Dean Heller, Gov. Brian Sandoval, and his counterpart in the Nevada Senate, Minority Leader Michael Roberson. Rarely has the truth sparked such outrage between colleagues.

But Hickey and his former friends continued to miss the point, perhaps deliberately. There are very good reasons why minorities and young people are rejecting their party. One need look no further than last session when Republicans fought bitterly against a bill to extend the registration period (AB 440) and another making it easier to vote in person (AB 441). Both bills would have helped minorities and youth participate in the democratic process. When they passed on mostly party-line votes, the governor vetoed the bills.

In committee remarks on a related bill, Hickey suggested the Legislature consider instituting an extra fee for those wishing to register to vote on Election Day, saying, “In the case of a passport request, when you come in past a deadline and you want it expedited, you pay an extra fee. I am wondering if we might consider having people pay for the privilege when they somehow managed to miss a deadline.” When reminded of the 1966 U.S. Supreme Court ruling that paying to vote is unconstitutional, he insisted he was just kidding.

Instead of running away from Hickey’s ill-considered remarks as fast as their carefully vetted news releases allowed, Republican leaders should have been spending more time considering why they’ve lost the support of young people and minorities. After all, the platitudes expressed in the scripted statements don’t fool a soul as virtually no one believes the Republican Party prioritizes the needs of youth, minorities, or low-income people over creating more wealth for the already rich.

While actions do speak louder than words, in this case Hickey’s words matched up nicely with the Republican Party’s deeds. 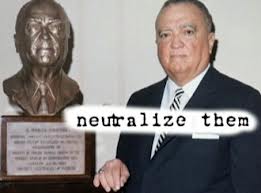