What is the American Security Council Foundation? (A: A Fascist Front) - The Constantine Report
0 SHARES

American Terrorism » What is the American Security Council Foundation? (A: A Fascist Front) 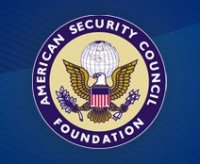 "The American Security Council (ASC), a 501c4 organization, is "a non-partisan, non-profit organization which was originally formed in 1955. For almost 50 years, ASC has focused on a wide range of advocacy programs which address critical challenges to U.S. foreign policy, national security and the global economy." The ASC mission is "to promote the American cause of peace, freedom, democracy, and human rights at home and abroad through public policy advocacy." [1]

The American Security Council web address appears to have changed. The former www.ascusa.org/ has been replaced with www.americansecuritycouncil.org.

When attempting to access the web address www.ascfusa.org, that of the American Security Council Foundation, the page contains a message stating that it is under construction (as of August 16, 2005). Access can be made, however, through a www.ascfusa.org file extension.

The secondary heading for ASCF is the Institute for American Strategy (IAS), through which ASCF's National Security Studies Program at the ASCFUSA can be accessed.

Other links on the ASCF/IAS page connect to the "ASCF Cold War Collection" at the Hoover Institution at Stanford University, the ASCF Library at the Institute of World Politics, the NSSP (National Security Studies Program) at Georgetown University, among others.

Almost inexplicable is the link to Air America. The ASCF blurb explains that "Air America is the name used by the American Security Council Foundation (ASCF) to refer to the two private planes it utilizes on a part time basis. Even though the Air America name appears on the planes, ASCF does not own either aircraft. They are made available to the Foundation because of the generosity of our corporate and individual benefactors. They are provided to us on an as-needed basis by their owners ...." etc.

The Introduction to the ASCUSA reads "As this website demonstrates, the non-profit American Security Council (ASC) has had a profound impact on the history of the United States and its global leadership role. In fact, it is difficult to think of an important foreign policy or na*Brig.Gen. Don Smith, USA (Ret.)tional security program since World War II where the Council did not have a prominent role.

"This website provides in depth information about these activities, as well as the ASC leaders who worked diligently on behalf of peace, freedom, democracy and human rights. The ASC's outstanding record of accomplishment should make all Americans proud.

"It is the story of prominent representatives of business, labor, academia and government who worked together well before they formed the organization known as ASC in 1956. These were the statesmen who were either at the center of the action, or at least on the fringes of power. Many people have written about America's history during the past century, but ASC made history. These are first hand accounts from the people who were there.

"The origins of ASC date back to 1938. The inner circle which would form the Council was originally composed of Henry Luce and Clare Boothe Luce, Jay Lovestone, Hughston McBain, Theodore V. Houser, Ambassador Arthur Bliss Lane and Lady Malcolm Douglas Hamilton. They all brought in new people to the inner circle, but the key to their success was working together for a common goal in a bipartisan manner."

See lengthy Mission and History of the ASC.

A list of ASCF's founders can be found on the same page under the heading The American Security Council Library at The Institute of World Politics is dedicated to the memory of the Peacemakers."

Some of the more familiar names on the list are:

The following information is in the form of quotes from Russ Bellant's "Old Nazis, the New Right, and the Republican Party," a work of investigative journalism. The quotes were found in a public e-mail by Andrew Austin at the University of Colorado May 1996 posting.

The American Security Council -- "The Cold War Campus." "The Heart of the Military-Industrial Complex."

"Its boards are filled with retired senior military officers, executives of major corporations, including some of he largest military contractors, and some New Right leaders....focuses on foreign policy, military and intelligence issues... clearinghouse for U.S. political rightists on arms control, aid to the contras, new weapons programs, and lobbying for special projects.... In its specialized areas, the ASC probably has more influence with the Reagan Administration than the well-publicized Heritage Foundation.... The ASC is in some respects more extremist than the RHGC (see below). It...served as a connecting point between Nazi collaborationists and fascist on one hand, and Reagan Administration policy makers on the other.... [First staffed by former FBI agents they produced a] dossier system modeled after the FBI's, which was intended to weed out employees and prospective employees deemed disloyal to the free enterprise concept" (Bellant).

"Works with officials from the Pentagon, National Security Council, and organizations linked to the CIA discusses cold war strategy with leaders of many large corporations, such as United Fruit, Standard Oil, Honeywell, US Steel, and Sears Roebuck. CIA-linked Foreign Policy Research Institute...  Aircraft Industries Association (worked to bring Nazi rocket scientist into the country, Werhner von Braun and General John Medaris)...  National Association of Manufacturers, Chambers of Commerce... political figures of the anti-Semitic extreme right: Mark Jones, head of National Economic Council, Martin Blank (Who financed Hitler identified members of this crowd as "the most powerful secret organization of big business that existed during the Weimar period"), and Baron Frederich August von der Heydte, co-founder and ideological leader of the Christian Democratic Union (recently has formed an association with Lyndon LaRouche's neofascist cult group). ASC administers the IAS... played a role in political indoctrination of the military... Eisenhower warned of their power in his farewell address in 1961, and Senator William Fulbright and President John Kennedy began to be concerned when it became clear that liberalism itself was under attack. They were quite obviously correct." (Bellant)

"Orgs under the ASC:

Coalition for Peace Through Strength/ASC. The key outreach arm of the ASC is the Coalition for Peace Through Strength. Produced the film, the SALT Syndrome, "to oppose Senate ratification of the SALT treaty and to suggest that Jimmy Carter was unilaterally disarming the US" (Bellant). America First Committee. General Robert Wood, Chairman of Sears Roebuck... chairman of AFC... opposed all efforts to aid Allies besieged by Nazi Germany. German American Bund. Father Charles Coughlin. Within weeks of Germany's declaration of War on the U.S., the AFC met in New York to plan for what they assumed (and hoped) would be the Axis victory in Europe and the Far East... It began planning for the day when they would be the Americans with whom the victorious Nazis would negotiate the surrender. Bellant) American Vigilante Intelligence Federation. House Committee on Un-American Affairs... Harry Jung (claimed a Jewish-communist conspiracy) .... AVIF formed in 1927...Jung first major distributor in the US of anti-Semitic forgery "The protocols of the learned Elders of Zion." ... The Protocols had been used as a pretext by Russian Czars and European Nazis to conduct pogroms and extermination campaigns against the European Jewry. (Bellant) American Coalition of Patriotic Societies. Still exist as a member of the Coalition for peace Through Strength....John Trevor... 1929... anti-immigration.... 1924 Immigration Restriction Act... Harry Laughlin (eugenicist)... Walter Steel's National Republic.... General Wood's Human Events. (Bellant) Rev. Sun Myung Moon Liberty Lobby (try saying this five times real fast; it comes out "Liberty Lobbity"). Publishes The Spotlight. Openly fascist org. National Republican Heritage Groups (Nationalities) Council. An umbrella org for various ethnic Republican clubs and operates under the auspices of the Republican National Committee (RNC). In the 1950s, it became the strategy of Dwight D. Eisenhower and Richard M. Nixon to paint the Democrats as soft on communism. Liberating Eastern Europe became part of the GOP message. The RNC formed an Ethnic Division.

Mentioned in Committee on the Present Danger in the Wikipedia. NameBase.org: Includes lengthy name list of organization and people associated with the ASC. ASC Strategy Board 1984 at NameBase.org; includes list of members of the Board in 1984. RightWeb Group Watch. Project Vote Smart: 2002; 2004.

Crimes against Humanity in Guatemala: How the CIA and the Pentagon Supported the Military Dictatorship