“… Over 26,000 people were classified ‘disappeared’ during the six-year term of former President Felipe Calderón, who left Mexican politics for a lucrative Fellowship at The Harvard Kennedy School of Government last year. In each year of his presidency, more people were forcibly disappeared than during the entire duration of Pinochet’s infamous military dictatorship in Chile. … Human Rights Watch conducted 250 case studies of forced disappearance in Mexico. The research found that in 149 of those 250 cases, ‘These crimes were committed by members of every security force involved in public security operations, sometimes acting in conjunction with organized crime. …” It is becoming increasingly difficult for Mexican officials to pretend that the massive number of murders and enforced disappearances is not part of a deliberate government strategy. Political rhetoric, unsurprisingly, points to drug cartels as the sole perpetrators of violent crime in Mexico. But the mantra that the Mexican state, supported with funds and military wherewithal by the U.S. government, is waging a genuine war on organized crime is a pervasive but totally false myth. The suggestion that the violence in Mexico is at least partially explained by a deliberate government strategy to eliminate sectors of the population may sound like hyperbole and conspiracy theory, but then how do we explain the repeated involvement of state authorities in the worst atrocities presently committed?

To give some perspective, the number of people forcibly disappeared in Mexico is probably now more than during the notorious Argentine military dictatorship, which developed a deliberate strategy of annihilating an entire layer of the population. The dirty war in Argentina, under the rubric of Operation Condor, targeted anyone the authorities deemed subversive. In the painful decades that have followed, relatives of the disappeared in Argentina have tried to reconstruct the country’s tragic history by attempting to bring those responsible to justice, much in the same way that many Chileans did after Augusto Pinochet seized power 40 years ago and engaged in a campaign of disappearing dissidents and opponents.

Over 26,000 people were classified “disappeared” during the six-year term of former President Felipe Calderón, who left Mexican politics for a lucrative Fellowship at The Harvard Kennedy School of Government last year. In each year of his presidency, more people were forcibly disappeared than during the entire duration of Pinochet’s infamous military dictatorship in Chile. In a recent report, Human Rights Watch conducted 250 case studies of forced disappearance in Mexico. The research found that in 149 of those 250 cases, “These crimes were committed by members of every security force involved in public security operations, sometimes acting in conjunction with organized crime.” In the remaining cases, the report noted, it was not possible to link state authorities directly to enforced disappearances, but, the authors indicate, they “were not able to determine based on available evidence whether state actors participated in the crime, though they may have.”

Unlike the años de plomo of Operation Condor in the Southern Cone, the new dirty war in Mexico seems less concerned with subversives than with unleashing the power of the state (in collaboration with organized crime) on the population. The leaders of every military dictatorship in modern history have understood perfectly the power of keeping the population afraid, terrorized, and vulnerable as a consummate means of social control. Why Mexico should be any different, despite its hollow democratic transition in 2000, remains to be explained, particularly in the current context of militarization and state complicity with criminal gangs. Amnesty International reports that during this past year, following patterns established over the last decade, “Members of the army, navy and the federal, state and municipal police were responsible for widespread and grave human rights violations in the context of anti-crime operations and when operating in collusion with criminal gangs. The government consistently refused to acknowledge the scale and seriousness of the abuses or the lack of credibility of official investigations. Impunity was widespread, leaving victims with little or no redress.”

Investigators from the United Nations Working Group on Enforced or Involuntary Disappearances who researched forced disappearances in Mexico came to similar conclusions, noting that state authorities were primarily responsible for the upsurge in such disappearances in recent years. Reports by human rights organizations detail how families of victims are repeatedly told by law enforcement officials and investigators that the only explanation for their forced disappearance or murder is that they were involved in criminal behavior, thereby relinquishing their right to a fair trial—a curious interpretation of equality before the law. Over 98 percent of homicides committed are neither investigated nor solved. Indeed, in 2012, of the 27,700 murders in Mexico, only 523 were solved and led to prosecution. Only a few days ago, investigators linked police forces working for organized crime in Michoacán to disappearances and the disposal of 18 bodies in a mass grave.

Such figures should cast serious doubt on the common assertion among liberals that the war on drugs has been a “failure.” That the governments of Felipe Calderón and now Enrique Peña Nieto continue to escalate the crisis with more militarization (the very thing which has contributed significantly to the rise in violence) is a signal of how seriously both administrations take the deaths of 100,000 and the forced disappearance of a further 26,000 people. The continued funding and heavy presence of the Mexican army in the streets and the increased security cooperation with Washington suggest that neither government views the drug war as a “failure.” Nor are the systematic human rights abuses much of a secret. Recently declassified internal U.S. government documents show that officials are well aware that organized criminal syndicates operate with “near total impunity in the face of compromised local security forces.” And yet both the U.S. and Mexican governments continue to fund what is becoming one of the most vicious and violent assaults on civil society in the world. One assumes there must be a logic to the madness, but it does not fit within the narrow confines of typical debate of government versus criminals nor the “successes” and “failures” of a bilateral drug war strategy.

The scale of the intense violence and human rights abuses committed by police and military forces is clearly not the behavior of a ‘few bad apples’ operating outside the parameters of normal practice. The contradiction of a government fighting organized crime when every single one of its security forces directly charged with waging that war works in collaboration with the same criminals should give us pause to think about the real nature of the combat against narcotrafficking organizations. As elsewhere throughout the globe, the social consequences of political and economic control and privilege are of little or no concern to elites.

Mexico’s levels of inequality are increasing rapidly, largely because recent governments have allowed the wholesale disposal of its land, resources, institutions and labor to the highest domestic and international bidders. U.S. military funding should be viewed in this light. Former U.S. Assistant Secretary of State for Western Hemisphere Affairs, Thomas Shannon, for example, summed up U.S. policy in Mexico thus: “To a certain extent, we’re armoring NAFTA,” the neoliberal trade pact between Mexico, Canada and the United States. Securing access to resources and land and repressing civil society is hardly restricted to Mexico. It is precisely how transnational capital—with the aid of publicly funded military forces—operates in Iraq, in Mali, in Colombia, and in Haiti. The dead and disappeared are merely collateral fodder for capitalism’s insatiable demand for profit and expansion of markets and control. Those who get in the way, like political opponents in Argentina and Chile, or the impoverished majority in Mexico, are externalities to the natural functioning of a “free” market increasingly defended by force and coercion.

Peter Watt teaches Latin American Studies at the University of Sheffield. He is co-author of the book, Drug War Mexico: Politics, Violence and Neoliberalism in the New Narcoeconomy (Zed Books 2012). 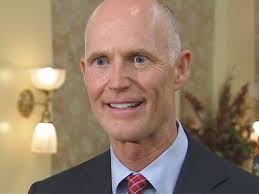