WASHINGTON — The White House has been withholding for five years more than 9,000 top-secret documents sought by the Senate Select Committee on Intelligence for its investigation into the now-defunct CIA detention and interrogation program, even though President Barack Obama hasn’t exercised a claim of executive privilege.

In contrast to public assertions that it supports the committee’s work, the White House has ignored or rejected offers in multiple meetings and in letters to find ways for the committee to review the records, a McClatchy investigation has found.

The significance of the materials couldn’t be learned. But the administration’s refusal to turn them over or to agree to any compromise raises questions about what they would reveal about the CIA’s use of waterboarding and other harsh interrogation techniques on suspected terrorists in secret overseas prisons.

The dispute indicates that the White House is more involved than it has acknowledged in the unprecedented power struggle between the committee and the CIA, which has triggered charges that the agency searched the panel’s computers without authorization and has led to requests to the Justice Department for criminal investigations of CIA personnel and Senate aides.

“These documents certainly raise the specter that the White House has been involved in stonewalling the investigation,” said Elizabeth Goitein, the co-director of the Brennan Center for Justice’s Liberty and National Security Program at the New York University Law School.

In a statement to McClatchy, the White House confirmed that “a small percentage” of the 6.2 million pages of documents provided to the committee were “set aside because they raise executive branch confidentiality interests.”

The White House also said that it had worked closely with the committee “to ensure access to the information necessary to review the CIA’s former program.”

Speaking to reporters earlier during a White House event, Obama said that the administration has worked with the committee to ensure that its study is “well informed” and that he was committed to seeing the report declassified once a final version is completed. He said it wouldn’t be proper for him to comment directly on the battle between the CIA and the committee, except to say that CIA Director John Brennan had referred the issues to the “appropriate authorities and they are looking into it.”

The Democrat-controlled committee has largely kept silent about the tussle with the White House, even as some members have decried what they contend has been the CIA’s refusal to surrender key materials on the agency’s use under the Bush administration of interrogation methods denounced by the panel chairwoman as “un-American” and “brutal.”

The chairwoman, Sen. Dianne Feinstein of California, made no mention of the White House documents during a blistering floor speech Tuesday in which she charged that the CIA may have undermined the Constitution and violated the law by searching computers used by her staff to compile the study. Brennan has denied her allegations and the White House has expressed continued confidence in his leadership of the CIA.

In question are some 9,400 documents that came to the committee’s attention in 2009, McClatchy has learned. It’s unclear whether the CIA first gave the committee staff access to the materials before the White House withheld them.

Obama, however, still hasn’t formally decreed that the documents are protected by executive privilege, McClatchy learned. Although the doctrine isn’t mentioned explicitly in the Constitution, the Supreme Court in 1974 recognized a limited power by the White House to withhold certain communications between high officials and close aides who advise and assist them.

The withholding of the documents “may not be a smoking gun” proving White House obstructionism, said Goitein, a former Senate Judiciary Committee legal adviser.

Among the other explanations: The White House might have determined that the documents are not relevant to the inquiry or that they are indeed covered by executive privilege but that the president has not yet been forced to assert the claim, she said.

“The most nefarious explanation is that they are not privileged and the White House simply doesn’t want to hand them over,” Goitein said. “Executive privilege is generally asserted after negotiations and brinksmanship behind the scenes. People put on paper what they want to be formalized, and these negotiations by their very nature are very informal.”

The committee, the CIA and the White House have held periodic talks on the materials since 2009. Their apparent failure to resolve the standoff prompted Feinstein to write several letters last year to Obama’s chief legal adviser, Kathryn Ruemmler, seeking a resolution, McClatchy has learned.

A White House official, who declined to be further identified as a matter of administration policy, said that Ruemmler responded to Feinstein’s letters, although information obtained by McClatchy indicated that she hadn’t.

It was not known if the materials came up during a visit that Ruemmler and White House Chief of Staff Denis McDonough paid to Feinstein and the committee’s vice chairman, Sen. Saxby Chambliss, R-Ga., on Tuesday after Feinstein delivered her speech.

To date, the most explicit public reference to documents being withheld by the White House appears to have been made last August by Sen. Mark Udall, D-Colo., an Intelligence Committee member who has led calls for a full disclosure of the CIA interrogation program.

In written questions that he submitted for the confirmation process of former CIA General Counsel Stephen W. Preston to be the Pentagon’s top lawyer, Udall asked Preston what role he’d played in an agency decision to withdraw documents that initially had been provided to the committee staff.

“During the CIA’s document production of more than six million pages of records, the CIA removed several thousand CIA documents that the CIA believed could be subject to executive privilege claims by the president,” Udall wrote. “While the documents represent an admittedly small percentage of the total number of records produced, the documents – deemed responsive – have nonetheless not been provided to the committee.”

Preston responded that “a small percentage of the total number of documents was set aside for further review. The agency (CIA) has deferred to the White House and has not been substantially involved in subsequent discussions about the disposition of those documents.”

In a related episode in 2010 as described by Feinstein in her speech on Tuesday, the committee staff discovered that it was no longer able to access hundreds of documents that it previously had been able to read.

“This was done without the knowledge or approval of committee members or staff and in violation of our written agreements,” she said.

CIA personnel initially accused computer technicians of removing the documents and then asserted that they were pulled on the White House’s orders, Feinstein said. The White House denied issuing such orders, she said, and “the matter was resolved” with renewed administration and CIA pledges that there would be no further intrusions into the staff’s database.

Feinstein, however, did not say what happened to the documents.

The records being held by the White House are separate from materials generated by an internal CIA review of some 6.2 million pages of operational cables, emails and other top-secret documents made accessible to committee staff in a secret CIA electronic reading room in Northern Virginia. The committee approved a final draft of the $40 million, 6,300-page study in December 2012.

In his first significant comments on the scandal, Chambliss took to the Senate floor late Wednesday afternoon to launch an apparent counterattack on Feinstein’s speech.

“Although people speak as though we know all the pertinent facts surrounding this matter, the truth is, we do not,” said Chambliss, who pointed out that the committee’s Republican staff didn’t participate in investigating the detention and interrogation program.

“We do not have the actual facts concerning the CIA’s alleged actions or all of the specific details about the actions by the committee staff regarding the draft of what is now referred to as the Panetta internal document,” Chambliss said. “Both parties have made allegations against one another, and even speculated (on) each other’s actions, but there are still a lot of unanswered questions that must be addressed.”

“No forensics have been run on the CIA computers . . . at the CIA facility to know what actually happened either regarding the alleged CIA search or the circumstances under which the committee came into possession of the Panetta internal review document.”

LESLEY CLARK AND WILLIAM DOUGLAS OF THE WASHINGTON BUREAU CONTRIBUTED. 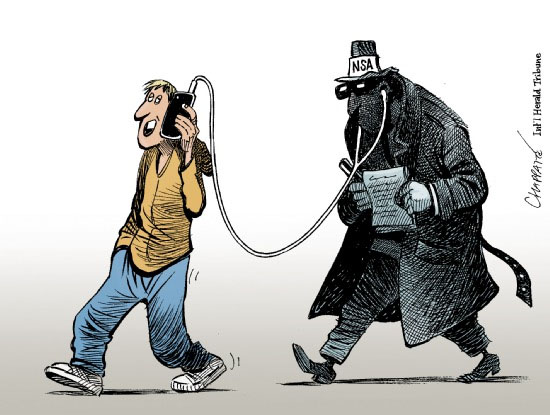