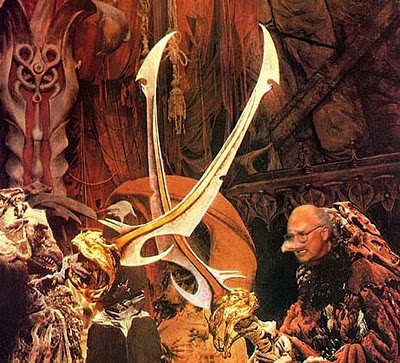 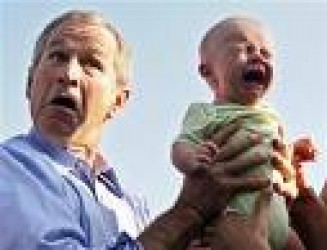 President Bush has turned the executive branch into a two-way mirror. They get to see everything Americans do: our telephone calls, e-mail, and all manner of personal information. And we get to see nothing about what they do.

Everyone knows this administration has disdained openness and accountability since its first days. That is about the only thing it does not hide. But recent weeks have produced disturbing disclosures about just how far Mr. Bush’s team is willing to go to keep lawmakers and the public in the dark.

That applies to big issues — like the C.I.A.’s secret prisons — and to things that would seem too small-bore to order up a cover-up.

Vice President Dick Cheney sets the gold standard, placing himself not just above Congress and the courts but above Mr. Bush himself. For the last four years, he has been defying a presidential order requiring executive branch agencies to account for the classified information they handle. When the agency that enforces this rule tried to do its job, Mr. Cheney proposed abolishing the agency. 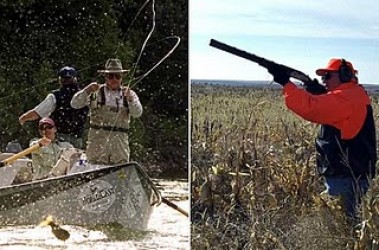 Mr. Cheney, who has been at the heart of the administration’s darkest episodes, has bizarre reasons for doing that. The Times reported that the vice president does not consider himself a mere member of the executive branch. No, he decided the vice president is also a lawmaker — because he is titular president of the Senate — and does not have to answer to the executive branch. That is absurd, but if that’s how he wants it, we presume Mr. Cheney will stop claiming executive privilege to withhold information from his fellow congressmen.

Since the 9/11 attacks, Mr. Bush has tried to excuse his administration’s obsession with secrecy by saying that dangerous times require greater discretion. He rammed the Patriot Act through Congress with a promise that national security agencies would make sure the new powers were not abused.

But on June 14, The Washington Post reported that the Federal Bureau of Investigation potentially broke the law or its own rules several thousand times over the past five years when it used the Patriot Act to snoop on domestic phone calls, e-mail and financial transactions of ordinary Americans. 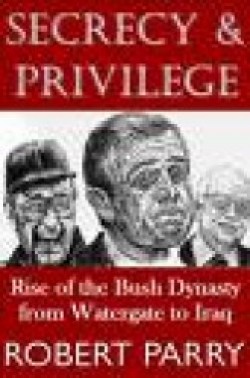 We knew that Attorney General Alberto Gonzales was not protecting anybody’s rights or America’s reputation. It turns out that John Rizzo, the man charged with safeguarding the Constitution at the Central Intelligence Agency, isn’t either. After serving as the C.I.A.’s deputy general counsel or acting general counsel for the entire Bush administration, he was nominated as general counsel more than a year ago. But the Republican chairman of the Senate Intelligence Committee, Pat Roberts of Kansas, would not schedule even a pro forma confirmation hearing because the Democrats wanted documents that the C.I.A. wanted to keep, well, secret.

Last week, the committee held that hearing under Democratic leadership, and Mr. Rizzo kept insisting that he shouldn’t, couldn’t, wouldn’t give away any secrets. But he was still illuminating — in a scary way.

When he was asked his view of the administration’s infamous decision to define torture so narrowly that it allowed widespread abuse of prisoners, he merely said the policy was “overbroad” for the circumstances, raising the troubling question of when he thinks it would not be overbroad to torture prisoners. Mr. Rizzo also refused to say whether the United States had ever sent a prisoner to another country knowing he would be tortured. He made it sound like he was safeguarding secrets, but we suspect the real reason was that the answer is “yes.” 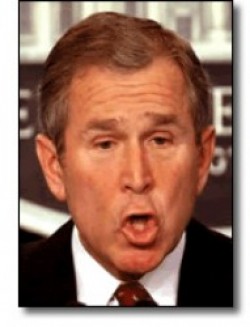 Meanwhile, Mr. Rizzo, Mr. Bush, Mr. Cheney and the rest of the administration are still stonewalling about the existence of C.I.A. prisons. Earlier this month, the Council of Europe, a 46-nation human rights group, provided new, persuasive evidence of secret American prisons in Eastern Europe where prisoners were kept naked in cramped cells, subjected to hot or freezing blasts of air and subjected to water-boarding, or simulated drowning. American rights groups released a list of 39 men they say disappeared into secret prisons.

Incredibly, the lies and secrecy shrouding this administration are not enough for Mr. Rizzo. Sounding an awful lot like Mr. Bush and Mr. Cheney, he told the senators, “Far too many people know far too much.”

Governments have to keep secrets. But this administration has grossly abused that trust, routinely using claims of national security to hide policies that are immoral and almost certainly illegal, to avoid embarrassment, and to pursue Mr. Bush’s dreams of an imperial presidency.

Previous Article
The “Puppeteer” and Hidden Finances of the Anti-Immigrant “Movement,” Driven by the CIA’s RM Scaife & Other Familiar Fascist Money Men
Next Article
The CIA Infiltration of Pacifica, Prequel: The KPFK Connection to the Murder of John F. Kennedy

The CIA Infiltration of Pacifica, Prequel: The KPFK Connection to the Murder of John F. Kennedy
Jun 25