Re " ... the administration's new Comprehensive National Cybersecurity Initiative: The policy is laid out in a classified presidential directive, and the spending - US$6 billion according to the Wall Street Journal - is buried in the classified annexes to the huge defense appropriations. Despite the concerns that have been expressed by oversight committees in both chambers of Congress, the administration is plowing ahead with the initiative. ... " 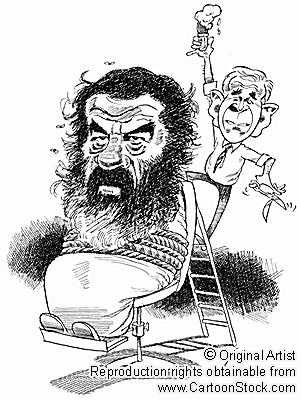 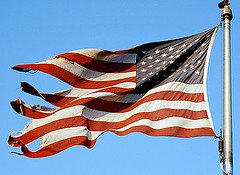 Bulldozing the war policy past opposition, keeping Congress in the dark, and very broadly interpreting presidential powers has broken the US government, Shaun Waterman writes for ISN Security Watch.

Among all the allegations that are thrown at the architects of the US war in Iraq, perhaps the most far-reaching and unexpected is this: that they broke the US government.

Let's be precise. The charge is that, by driving through the war policy in the face of opposition from Secretary of State Colin Powell; by keeping Congress in the dark; and by creating policy - for instance on the transfer and interrogation of suspected terrorists - in secret, and based on a radically broad interpretation of presidential powers, the war party in the administration has damaged, perhaps fatally, the complex web of authorities and inter-relationships that have constituted the national security policymaking apparatus of the US government since World War II.

The three elements of the charge each implicate a different institution or set of institutional relationships: The National Security Council failed to create policy coherence on the war; congressional oversight of administration counterterrorism policy appears to have been cursory at best; and underpinning the other two, what critics have painted as a radical re-interpretation of the president's war-time powers has led to the creation of a body of secret laws and regulations of as-yet unknown size and effect.

At a Senate hearing last week, several former officials publicly fretted that the administration had created what Chairman Senator Russ Feingold (Democrat-Oregon), called "an entire regime of secret law" through the issuance of classified legal opinions and executive orders. One such opinion was the notorious "torture memo" written by Justice Department attorney John Yoo for the Office of Legal Council (OLC) in 2003, which was kept secret for years.

OLC opinions interpret the law for government agencies and are thus simultaneously key US policy documents, and the presumptively confidential advice of a lawyer to a client - the agency for which OLC produced the opinion.

Another member of Feingold's sub-committee on the US Constitution, Senator Sheldon Whitehouse (Democrat-Rhode Island), last year declassified the existence of three more OLC opinions, which he said ruled that the president could secretly amend executive orders governing the activities of US agencies and decide when it was lawful to use his powers as commander-in-chief to override other branches of the government. 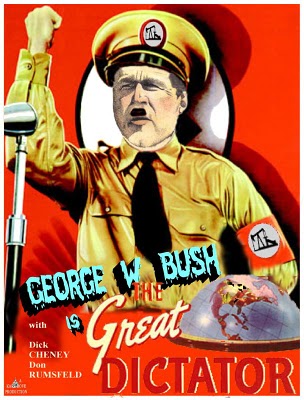 The OLC, Whitehouse told last week's hearing, "became kind of the little shop of legal horrors that would deliver what was requested" by a White House working to implement a radically expanded view of presidential power.

Among other things, the order generally prohibits foreign intelligence agencies, like the CIA and the National Security Agency (NSA), from collecting information about US citizens, companies and legally resident aliens.

Director of National Intelligence Michael McConnell is leading a relatively public administration effort to re-write the order, but what was done in the White House under the cloak of the administration's excessive secrecy will only become clear to its next inhabitant.

The second element of the charge, the case for the failure of the White House policy machinery, was made most convincingly by Carnegie Endowment for International Peace scholar David Rothkopf in his magisterial 2005 history of the National Security Council, Running the World.

Rothkopf paints a damning portrait of a broken policy process at the White House, presided over by a national security adviser - Condoleezza Rice - who "was so pre-occupied with being the president's 'body man,' at his side every minute, whispering in his ear [...] that she let the NSC become weak and, worse, the NSC process become weak."

The widely researched account reveals that "fairly regular[ly]," when Defense Secretary Donald Rumsfeld or his deputy Paul Wolfowitz disagreed with a decision that had been taken at an NSC deputies meeting, the record of the meeting would simply be re-written. And when Rumsfeld disagreed with a decision taken by the principals committee - the president, national security advisor, secretary of state, CIA director and defense secretary - he would simply ignore it.

"I have never seen more high-level insubordination in the US government in almost 30 years," one "very senior official" told Rothkopf.

The Rothkopf thesis is worth re-examining now because the recent book from former senior Pentagon official and pro-war ideologue Doug Feith provides some new evidence to support it.

In a series of appendices, Feith provides administration documents outlining, among other things, the White House's 2003 transition policy for handing sovereignty quickly to an Iraqi government.

It was the failure to implement that plan, and to instead embark on an occupation, that Feith argues was at the root of the US disaster in Iraq.

There are plenty of holes in that thesis, not the least of which is the plan itself, which is better described as a series of unanswered questions.

"This was not a plan," said former administration senior Iraq official Dan Senor. "It left open ended some basic, very difficult challenges that in many respects are still being resolved [...] some of the most basic fundamental questions [were left] unanswered."

Among these, said Senor, were what decision-making powers the Iraqi Interim Authority should have; whether it should have a legislative assembly; who would choose its leadership; how existing Iraqi opposition groups would be integrated into it; and whether there would be guaranteed representation for minorities and women.

The plan, Senor noted, was produced seven weeks after the NSC decided, on 10 March 2003, that a quick transition to Iraqi sovereignty would be US policy, post-invasion. Senor said seven weeks was "an eternity [...] in the speed with which decisions [were] being made vis-à-vis the war in the post-war period."

Nonetheless, the NSC policy process produced only a list of questions, which, as Senor noted, "took us a long time to resolve [...] with the interagency [process in the White House] back here" in Washington.

The third element of the charge, that the way the administration has prosecuted the war has damaged congressional oversight, is perhaps the easiest to make.

Since 9/11, the administration has funded its war on terror largely through so-called emergency supplemental appropriation bills, which - as congressional auditors have observed - routinely include foreseeable and predictable expenses, but which do not count toward congressional budget caps, and include huge annexes of classified spending.

Secrecy makes congressional oversight difficult, especially when it comes to following the money.

A good example is the administration's new Comprehensive National Cyber-Security Initiative. The policy is laid out in a classified presidential directive, and the spending - US$6 billion according to the Wall Street Journal - is buried in the classified annexes to the huge defense appropriations.

Despite the concerns that have been expressed by oversight committees in both chambers of Congress, the administration is plowing ahead with the initiative.