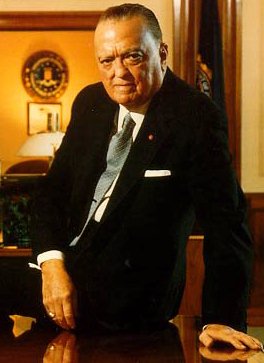 DEADLINE NEW YORK EXCLUSIVE: Despite facing a 3-year jail stretch after a long battle with the IRS, Wesley Snipes has become the catalyst for a feature that explores FBI chief J. Edgar Hoover's campaign to discredit Martin Luther King Jr. -- and the fatal guilt carried by the Hoover henchman charged with wiretapping King's phone and pulling dirty tricks. Snipes also tells me that he is producing and hopes to play a role in the Justin Stamm-scripted Code Name Zorro, one of several projects Snipes is percolating under his Maandi Media Productions banner. ...

He has been using that energy to get a sit down with King's son, Martin Luther King III, and Snipes said he came away with a family endorsement for a film that asks hard questions about how King was treated by Hoover's FBI because the civil rights leader was seen as a threat. Snipes fell in love with the script and is producing with 4 Reel Entertainment's Diana Stamm, Ed Elbert and Tony Oppedisano. "I’ve got a lot on my plate right now, and this is an important project that has my focus," Snipes told me. "Acting is my main lane, and I’m planning to expand that, taking the success of films like Blade and marinating that into something that flourishes.” ...

Code Name Zorro takes an interesting approach into the life of MLK. It's focus is the final moments in the life of former assistant FBI director William Sullivan, who headed Code Name Zorro, Hoover’s covert program designed to subvert King’s influence over the civil rights movement by tarnishing his reputation. Sullivan was charged with wiretapping King’s phones, and orchestrating such dirty tricks as giving King's wife audiotapes of the civil rights leader's conversations with other women. While he was enmeshed in the assignment, Sullivan was gung-ho. After MLK's famous "I have a dream" speech during the March on D.C., Sullivan wrote to Hoover: "We must mark [King] now, if we have not done so before, as the most dangerous Negro of the future in this nation." He added that it "may be unrealistic to limit ourselves as we have been doing to legalistic proofs or definitely conclusive evidence that would stand up in testimony in court or before Congressional Committees."

The script takes the position that Sullivan's conscience about such outrageous behavior caught up to him, and that he felt conflicted about his actions because he admired King's efforts, but never spoke up before the assassination. He then bared Hoover and the bureau's dirty laundry to journalist friend Jack Taylor for a book Sullivan hoped would expose his boss as a hypocrite and a tyrant. Right after telling his story, Sullivan was shot and killed -- it was called a "hunting accident" -- shortly before testifying about the killings of King and John F. Kennedy before the House Select Committee on assassinations. A sanitized version of the book eventually appeared. Snipes will produce with 4 Reel Entertainment’s Diana Stamm, Ed Elbert and Tony Oppedisano, with Dan Meachum exec producing.

Snipes said he shared a lawyer with King's son, and will tie the picture into the Atlanta-based King Center For Nonviolence. Snipes will help find a director and actors to create a package that will be shopped for financing. It has become a crowded market for movies about both King and Hoover. Lee Daniels has been circling Selma, a drama aout Dr. King’s civil rights march; HBO is turning Taylor Branch’s MLK book series into a 7-hour miniseries with Oprah Winfrey's Harpo Productions, and DreamWorks  and Steven Spielberg have Ronald Harwood writing an MLK film being done with his estate. On the Hoover front, Clint Eastwood will direct a film that has Leonardo DiCaprio set to play Hoover. While Snipes has had his own troubles with a federal agency, that didn't draw him to the tale of MLK's collision with another branch of government.

“It’s not so much the persecution angle,” he told me. “I was attracted to the whistleblower dynamic. It's a challenging situation for a man to be in, to be among the shadowy and most powerful men in the world, who exposed information to mislead the public. ... .”