The ruling by a divided three-judge panel of the 9th U.S. Circuit Court of Appeals upheld a lower court, which threw out Gina Gonzalez’s suit in the death of her husband and daughter. The courts said the FBI’s action — or failure to act — was protected from suit because there was some discretion involved in the agent’s actions.But in a sharp dissent, Judge Marsha Berzon said “Gonzalez’s husband and daughter died preventable deaths” and the government should be held to answer “for this entirely avoidable tragedy.”The killings landed a former Everett woman on Arizona’s death row. Shawna Forde was convicted in 2011 of first-degree murder in the shootings of Raul and Brisenia Flores.The killings happened within months of the self-styled border-watch activist leaving Snohomish County amid suspicion after a bizarre flurry of violence. The bloodshed included the near-fatal ambush shooting of her ex-husband, Forde’s claim days later that she was raped by drug cartel members, and her report that she was shot in the arm while being hunted in a north Everett alley.Police here had big doubts about Forde’s claims, which emerged as detectives were attempting to question her about the attack on her ex-husband.

The Arizona case began in 2009, when the FBI learned through an informant that Shawna Forde was trying to persuade members of a border-watch group to invade Gonzalez’s home, where Forde believed they would find drugs, weapons and money.

The informant gave the FBI a map of the planned home invasion, which he believed to be “real and imminent.” The FBI forwarded the map to the Phoenix office, where it was apparently lost. No effort was made to contact the Pima County Sheriff’s Department about the threat.

On May 30, 2009, three masked intruders burst into Gonzalez’s home, shooting her in the shoulder and leg and fatally shooting Raul Flores. After asking the couple’s 9-year-old daughter if her sister was home, one of the gunman shot the girl in the face, killing her.

After the intruders left, Gonzalez crawled into the next room, grabbed her husband’s handgun and was calling 911 when one of the gunman returned and tried to shoot her again. Instead, she shot him in the leg, a wound that eventually led police to the suspects.

Gonzalez sued for herself and her surviving daughter, charging that FBI agents failed to follow guidelines for domestic FBI operations that say the agency “shall promptly transmit” information on serious criminal activity to local police, under certain circumstances.

But the courts agreed with the government that the FBI could not be sued for “discretionary” acts of an agent. Despite that directive that agents “shall” pass on information, the courts said that the judgment calls involved in deciding whether a threat is credible and should be passed on make it discretionary — and therefore protected from legal action.

Berzon disagreed, arguing that the FBI may have discretion on whether or not to investigate the threat of a home invasion, but the rules mandate that they pass on information in their possession to local authorities.

“An otherwise mandatory policy does not become discretionary because it applies only in certain specified circumstances or because it has clearly laid out exceptions,” Berzon wrote. “If it did, then no ‘federal statutes, regulation, or policy” … would survive the discretionary function exception.”

But the majority said courts cannot use tort laws to second-guess the actions of the FBI agents in the case.

“It is tempting to wonder whether a simple warning to local law enforcement could have prevented the tragic deaths of Gonzalez’s husband and daughter,” Judge Jay Bybee wrote for the court. “But we are not charged with passing upon the wisdom of the government’s exercise of discretion, and the law does not permit us to do so.”

Gonzalez’s attorney, Thomas Cotter, would not comment on the ruling, only saying that, “We’re exploring our options.”

The FBI said it does not comment on court decisions and the Justice Department, which argued the case, declined to comment.

Cronkite News is the news division of Arizona PBS. The daily news products are produced by the Walter Cronkite School of Journalism and Mass Communication at Arizona State University. 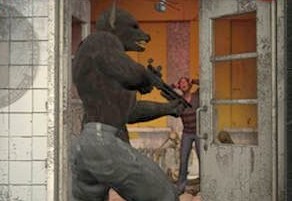