Web of Intelligence gets More Complex 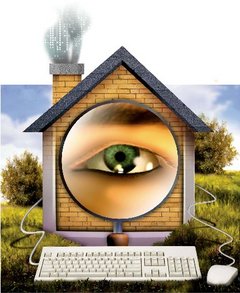 Last weekend, the Washington Post reported that in 2008 the US department of defence closed down a "honeypot" website created by the CIA and the Saudi government to attract and monitor Islamist extremists in Saudi Arabia. Military officials decided that the intelligence value of the site was less important than their belief that extremists were using it to plan attacks on American forces in Iraq. Much backroom wrangling ensued but the Pentagon, citing operational security and backed by the National Security Agency (NSA), won out. Later that year, the site was attacked by US military operators, to the chagrin of the Saudis and the CIA, and of countries like Germany whose internet assets became accidental collateral damage from the takedown. Because US Central Command (CentCom) decided this was an operational military matter, the decision effectively escaped congressional oversight also.

Experts have long argued about the relative worth of keeping the enemy where they can see him in cyberspace, against more aggressive policies of denying him operational space whenever possible. By keeping online jihadists corralled, agencies can generate intelligence from their activities, to be operationalised as required. Rather this than chasing jihadists around the internet, goes the argument, especially if they just set up again within one or two days of taking a particular site offline. The ethics of governments creating specific honeypot sites are far more debatable, and might fall foul of statutory limitations on entrapment were they to be carried out domestically. In the foreign context, a 2008 department of defence report obtained during a recent Freedom of Information Act lawsuit states that a US Air Force honeypot operation "targeting non-US persons" was not only a "potential questionable activity", but possibly unlawful. One wonders how similar reasoning might apply to the present case, if it turns out to be true.

The laws of armed conflict require that actions in war satisfy the principle of military necessity and we may never discover how the US reached its judgment on al-Hesbah, which experts think is the forum under the spotlight here. The Pentagon was likely concerned about the exchange of information on US troop locations and movements, and this alone can be interpreted as a threat to US forces in theatre. Internet use features prominently in the biographies of terrorists attacking western targets, and forums like al-Hesbah are often described as loci of Islamist radicalisation and recruitment. As sources of propagandist video and literature they may indeed contribute to people's transitions to violence but there is little evidence they are places where terrorist acts are actually planned. Not least, this is due to a high level of paranoia among forum users about surveillance by intelligence agencies, a possibility that is hard to discount, even if facts are hard to come by.

All parties involved have declined to comment, so it may be a while until a clearer picture emerges. We do know one thing, however: by the end of 2008, al-Hesbah and most of the other major forums had gone offline in somewhat mysterious circumstances. At the time, experts suggested that the demise of al-Hesbah was very likely the work of US intelligence agencies, and illegal to boot. The current revelations may help explain these events. Or they may not, such is the murkiness of intelligence and counterintelligence – not to mention the stories told about them in the media.