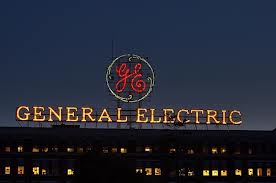 In 1947, a campaign was taking shape to prove that unions had become too powerful. Detractors argued that massive post-war strikes were putting the nation’s economic and national security in jeopardy. The House Committee on Education and Labor convened in February of 1947 to hear testimony on whether the balance between labor and capital needed readjustment in favor of capital. They heard dozens of witnesses alleging that unions had become infiltrated by Communists, and that without more oversight, they posed a threat to national security and economic stability. Several months and thousands of pages of testimony later, Congress decided that unions needed to be reined in and passed the Taft Hartley Act with enough bi-partisan support to override President Truman’s veto.

At the same time, an incredible trial was beginning in a federal courthouse in New York City. The U.S. government was charging General Electric (GE) with being a monopoly engaged in an international price-fixing scheme. The trial examined whether GE conspired with the massive German company, Krupp Aktiengesellschaft, during World War II to create shortages of carboloy, a proprietary mix of tungsten carbide that was an important material during the war. At the same time that the Nazis had begun carving up the globe, GE was dividing the world with Nazi-dominated Krupp to force the price of carboloy from $48/pound to $453/pound.

The juxtaposition could not have been more ironic. As Congress fretted over whether machinists at GE who were members of the United Electrical Workers (UE) might have Communist sympathies (and therefore be a national threat), letters ending with the valediction “Heil Hitler” were being admitted into evidence showing a several-year-long conspiracy between Krupp and GE that had actually endangered national security. In what should have been the trial of the century sat only one journalist, James Lerner of the UE News.

James Lerner’s posthumously published memoir, Course of Action, tells the tale of a man who spent the first half of his life fighting against war and the second half fighting for labor. The book is filled with first-hand accounts of Lerner’s resistance against the creeping forces of war, fascism, and Boulwarism—three forces that are intimately connected in Lerner’s telling. Throughout, Lerner expresses his sincere confusion over how citizens and workers who struggled to preserve American freedoms could so quickly be turned into the enemy.

Raised Jewish by artisan parents in early 20th-century New York, Lerner inherited a keen sense of class. His father told of being arrested for striking—and sent to prison—within two months of immigrating to America. His mother often spoke of how her father walked away from his position as the assistant to a prestigious rabbi in the Ukraine after he was told he should not wear the same style coat as the rabbi because it was above his station. Lerner later had to leave college because of the Great Depression, moving back home to work at a tailor shop which serviced the wealthy, while his father heeded Herbert Hoover’s call to sell apples in the street.

Lerner joined the newly formed American League Against War and Fascism, and worked as an organizer, traveling the country for a decade trying to build support against war. As World War II began, Lerner started his 44-year career with UE. The union was still relatively young when Lerner came on board, and it enshrined in its founding constitution sexual and racial equality, opposition to war, and commitment to rank-and-file leadership.

Course of Action’s most important section is the second-half of the book that chronicles Lerner’s time as editor of the UE News. The union has a fascinating history, but precious little has been written about it. UE was, for a period, one of the three largest in the CIO, representing workers at some of the nation’s largest companies; it suffered large-scale attacks from the government, the Catholic Church, and America’s largest corporations; it was expelled from the CIO and cannibalized by fellow unions; and yet it survived this massive dismemberment, remaining one of the few independent unions left standing today.

The UE News was not simply a workers’ newsletter. Because of the lofty goals of the union, and the constant attacks it sustained, the UE gave its newspaper broad latitude to report on a range of issues. Articles covered trade policy, international affairs, war (which UE was openly opposed to), health, civil rights and equality. The UE News covered the entirety of the GE-Krupp conspiracy trial, whereas the New York Times covered little more than the verdict, and relegated that to its Entertainment Section.

James Lerner was present for the stories that too many other journalists ignored. In turn, he ignored stories that he felt were distractions from the real class struggles of the day. A decade after the GE-Krupp conspiracy trial, where Lerner sat as the sole journalist, the gallery of the same federal courthouse in New York was packed with journalists for another trial involving GE. This time, GE executives were accused of transporting prostitutes across state lines to entertain prospective customers. Lerner wryly notes, “At UE News we decided to ignore the story.”

Moshe Z. Marvit is an attorney and fellow with The Century Foundation and the co-author (with Richard Kahlenberg) of the book Why Labor Organizing Should be a Civil Right.

Previous Article
What is the ‘Monsanto Protection Act’?
Next Article
Foul: The 1960 Richard Nixon-Jackie Robinson Alliance 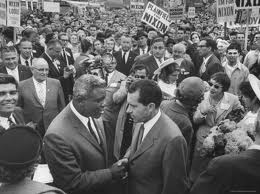