" ... For decades, he's gotten away with hawkish bigotry. ... By pretending to speak as a liberal but simultaneously endorsing the central crusades of the right, he has enlisted The New Republic in the service of a ruinous neoconservative doctrine, as the magazine sneered at those liberals who stood firm in the face of its insults. ... In fact, he's not only unabashedly pro-Israel, he embraces the entire neocon foreign policy agenda. ... " 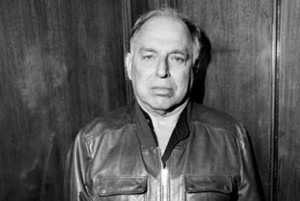 American Prospect contributor Eric Alterman said he "spread the virus of liberal self-hatred.... (D)uring his reign (as TNR editor-in-chief, he's) done lasting damage to the cause of American liberalism."

"By turning TNR into a kind of ideological police dog, (he) tarr(ed) anyone who disagreed (with him) as irresponsible and untrustworthy. He did it based on (a) narrow and ideosyncratic....Israel-centric neoconservatism."

On Peretz's watch, no TNR editorial ever criticized Israel. Its interests alone matter. "Support for Israel," he said, is "deep down, an expression of America's best view of itself." He suggested Israel's worst crimes are justifiable, when, in fact, they violate fundamental international laws and norms.

As for Arabs, he calls them "violent, fratricidal, unreliable, primitive, crazed, and barbarian." They created a "wretched society." They're "cruel, belligerent, intolerant, (and) fearing." Palestine's "an utter fiction," a "fraudulent nation-state."

They're "murderous. grotesque, (and) can't even run a post office." Their societies "have gone bonkers over jihad, (and they're) feigning outrage when they protest what they call American (or) Israeli atrocities." They "behave like lemmings, (and) are not shocked at all by what in truth must seem to them not atrocious at all."

"I can’t imagine any venture requiring trust with Arabs turning out especially well. That is, you will say my prejudice, but some prejudices are built on real facts, and history generally proves me right. Go ahead, prove me wrong."

He not only wrong, he's bigoted and ideologically out-of-control supporting wrong over right. He's also too morally compromised to admit it.

"Muslim life is cheap, most notably to Muslims. And among those Muslims led by the Imam Rauf [leader of those seeking to create the Muslim religious center near ground zero] there is hardly one who has raised a fuss about the routine and random bloodshed that defines their brotherhood. So yes, I wonder whether I need honor these people and pretend that they are worthy of the privileges of the First Amendment which I have in my gut the sense that they will abuse."

Criticizing him is easy. Turn him loose and let him hang himself. Yet for decades, he's gotten away with hawkish bigotry. Now in his seventies, he's as irascibly Islamophobic and uncompromising as ever. Hate defines his being. Truth's airbrushed out. Honor's not in his vocabulary.

Yet, in 1993, Harvard inaugurated the Martin Peretz Chair in Yiddish Literature. Pro-Israeli zealot Ruth Wisse holds the post. Harvard earlier made him an assistant professor. He lectured there for decades. Imagine putting up with his pontificating. After a panel discussion, protesters chanted, "Harvard, Harvard, shame on you, for honoring a racist fool."

Nonetheless, he got seven honorary degrees, and in 1982 received the Jerusalem Medal. It's Israel's highest civilian honor for outstanding service to the Jewish state. It includes purveying myths, preaching hate and false logic, supporting Israel's worst crimes, and vilifying anyone denouncing them.

Glenn Greenwald calls Peretz's blog "a museum for every anti-Arab/Muslim stereotype and caricature that exists." Hubristically called The Spine, it's no longer written.

Yet few challenge him. After decades of extremist commentaries, he continues polemical hate pieces in TNR columns. According to Alterman:

"By pretending to speak as a liberal but simultaneously endorsing the central crusades of the right, he has enlisted The New Republic in the service of a ruinous neoconservative doctrine, as the magazine sneered at those liberals who stood firm in the face of its insults."

"He has done so, moreover, in support of a blinkered and narrow view of Israeli security that, again, celebrates hawks and demonizes doves."

He whitewashes Israeli crimes and vilifies Palestinian victims as terrorists for his own misguided purposes. Yet Islamophobe David Horowitz called him "a pillar of responsible liberalism since buying (TNR) in 1974."

In fact, he's not only unabashedly pro-Israel, he embraces the entire neocon foreign policy agenda. It includes Reagan's Central American wars, the Gulf and 2003 Iraq wars, attacking Afghanistan post-9/11, removing Gaddafi, Cold War hawkishness, and anyone to the left of his ideologically extremist views on Iran and Syria.

On February 28, he asked if Israel could "pull of an attack on Iran." He suggested better do it now before it's too late, and it's got the capability to inflict considerable damage. Jointly with Washington assures greater success. Opposing views aren't welcome. Anyone espousing them he calls "lame brains."

Why? He's "in love with the state of Israel." How? By disdaining reason, preaching racist hate, and vilifying Israel's enemies.

In 1982, he denounced IF Stone for supporting a public appeal to help victims of Israel's lawless Beirut siege. He claimed it was about raising "money so that the PLO (could) continue to fight."

At the time, in fact, PLO respectability was growing. It pursued peace negotiations and unilaterally ceased attacks. Israeli Prime Minister Yithak Shamir admitted Israel waged war on Lebanon because of "a terrible danger....not so much a military one as a political one."

So alleged PLO threats were invented to wage war lawlessly. Before it ended, 18,000 died, mostly Lebanese and Palestinian civilians. They included thousands massacred in cold blood in the Sabra and Shatila refugee camps.

Robert Fisk called the slaughter "one of the most shocking war crimes of the 20th century." For Peretz, murdering 18,000 innocent victims was justified. For decades, he outrageously supported Israel's worst crimes of war and against humanity without batting an eye or apologizing for lying to readers on what actually happens, why, and the consequences for innocent victims.

He also viciously attacks Israeli critics and Muslims in hate commentaries. He called the Russell Tribunal on Palestine a "kangaroo court." He accused Jimmy Carter of being "demented."

He assailed Archbishop Desmond Tutu for lying about Israeli injustice towards Palestinians. He denounced Richard Falk for calling Ayatollah Khomeini critics misguided, and saying Aerial Sharon should be indicted for his involvement in the Shabra and Shatilla massacres.

"Frankly, I am up to my gullet with this reflex criticism of Israel as going beyond proportionality in its responses to war waged against its population with the undisguised intention of putting an end to the political expression of the Jewish nation.... The current warfare will go on a bit longer. If there is a pause and if I were giving advice to the Israelis, this is what I would say to Hamas and to the people of Gaza: 'If a rocket or missile is launched against us, if you take captive one of our soldiers (as you have held one for two and a half years), if you raise a new Intifada against us, there will be an immediate response. And it will be very disproportionate. Proportion does not work.'”

He regrets nothing he wrote or said. Hatemongers don't say they're sorry. He called visiting Israel at age 15 transformative. He lives there part-time in Tel Aviv.

West Chester University Professor Lawrence Davidson once debated him. He said he handled challenges by "speaking very fast and very loudly so that you could not get a word in edgewise."

Davidson sensed "he was capable of going hysterical. Some people usually self-destruct over time," he added. He wondered if Paretz was preordained to implode. "I do hope so," he added.

After decades of fanatical Israeli support, Peretz remains ideologically committed. Even fellow TRN staffers take issue with his views. Some go further and mock him. A few even want him out. He's an embarrassment to be around.Calling Arab society "hidebound and backward," and the Druze "congenitally untrustworthy" reflects hate and profound ignorance. For Peretz, it's all in a day's work. For more level-headed TRNwriters, it's more than they can bear. Can you blame them?

Stephen Lendman lives in Chicago and can be reached at lendmanstephen [at] sbcglobal.net.  Also visit his blog site at sjlendman.blogspot.com and listen to cutting-edge discussions with distinguished guests on the Progressive Radio News Hour on the Progressive Radio Network Thursdays at 10AM US Central time and Saturdays and Sundays at noon. All programs are archived for easy listening.

Why Won’t Anyone Tell You That Marty Peretz Is Gay? [Gawker]

Martin Peretz Is Not Sorry About Anything [NYT Magazine]