USAID in Bolivia and Venezuela: The Silent Subversion 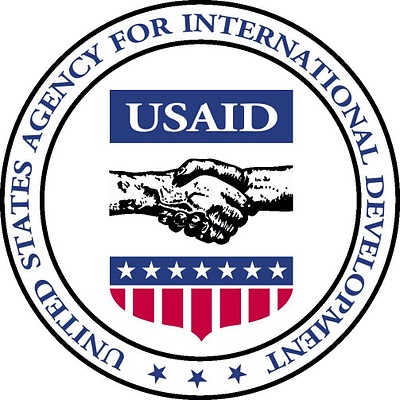 The United States government has almost perfected a method of intervention that is able to penetrate and infiltrate all sectors of civil society in a country which it deems to be of economic and strategic interest. In the case of Venezuela, this strategy began to take form in 2002, with the increase in financing of sectors of the opposition via the National Endowment for Democracy (NED) and the opening of an Office of Transition Initiatives (OTI) of USAID in Caracas.

These efforts were able to achieve the consolidation of an opposition movement during those moments, which, despite the failure of the coup d’etat, was able to cause severe damage to the oil industry and the national economy via economic sabotage and a “stoppage” by managers and business owners. Following the division in the opposition, the strategy reoriented its principal focus towards poor communities, the ‘Chavista’ sectors, media and the necessities in the interior of the country. The US embassy in Caracas opened up a series of “satellite consulates” (American Corners) in five states across the country – without the authorisation of the Ministry of Foreign Relations – it has an official presence in regions seen as important to the energy vision of Washington. These states, Anzoátegui, Bolívar, Lara, Monagas, and Nueva Esparta (Margarita) are rich in oil, minerals and other natural resources, which the US is seeking to control. These US headquarters found spaces inside lawyers associations and municipal councils controlled by the opposition, and continue to function as centres of propaganda, conspiring against the Bolivarian revolution.

The work of USAID and its OTI in Venezuela has led to a deepening of the counterrevolutionary subversion in the country. Up until June 2007, more than 360 “scholarships” have been granted to social organisations, political parties, communities and political projects in Venezuela through Development Alternatives Inc. (DAI), a company contracted by USAID, which opened an office in the El Rosal sector of Caracas in June 2002. From the centre of Caracas, the DAI/USAID has given more than US$11,575,509 to these 360 groups and projects in Venezuela, under the program “Venezuela: Initiatives for the Construction of Trust” (VICC). The majority of the programs funded by DAI focus (according to their materials) on “political dialogue, public debate, citizen’s participation and the training and capacitation of democratic leaders”. Participating and funded organisations include Súmate, Primero Justicia (Justice First), Un Nuevo Tiempo (a New Time), la Alcaldía de Chacao (Mayoralty of Chacao), Liderazgo y Visión (Leadership and Vision), Los del Medio (Those from the Middle), Convive, Transparencia Internacional (International Transparency), Instituto Prensa y Sociedad (Media and Society Institute), Queremos Elegir (We Want to Chose), la Universidad Metropolitana (Metropolitan University), and other groups generally tied to the opposition sector.

USAID-OTI also funded opposition political parties, such as Primero Justicia (Justice First), Un Nuevo Tiempo (A New Time), Acción Democrática (Democratic Action), COPEI, MAS (Movement Towards Socialism), amongst others, through its international arms of US parties: the International Republican Institute (IRI) and the National Democratic Institute (NDI). Since 2002, more than seven million dollars have been invested as “technical assistance” to this opposition parties in Venezuela by USAID, together with IRI and NDI.

The so-called “defenders of human rights” in Venezuela, and NGOs (non-government organisations), receive a large part of their funding through Freedom House, another group contracted by USAID-OTI in Venezuela. Freedom House has sponsored events such as “The threats to freedom of expression in the 21st century” with the participation of Marcel Granier, president of the coup-plotting television station RCTV, together with Karen Hughes, the Sub secretary of State for Public Diplomacy and Public Affairs (the propaganda office of the State Department that supervises Voice of America and other propagandistic media coming from Washington) and the US Congresswoman Ileana Ros-Lehtinen (R-FL, Republican- Florida)

Freedom House also funds US institutions, such as the International Centre for Non-violent Conflict (ICNVC) that gives courses in Gene Sharp’s techniques of “resistance”, and which has advised youth and students movements in Serbia, Ukraine, Georgia, Belorussia and Venezuela. Its president during 2003-2005 was James Woolsey, ex-Director of the CIA and its current president, Peter Ackerman, is a multimillionaire banker who has sponsored “regime changes” in Serbia, Ukraine, and Georgia through the Albert Einstein Institute and its ICNVC. The son of Ackerman participated in the massacre of the Iraqi people in Fallujah.

The last company to be contracted by USAID in Venezuela was the Foundation of Pan-American Development (PADF), whose mission is to “support civil society”. The PADF has granted $937,079 to fourteen Venezuelan NGOs since the end of 2006. For now, the names of these groups are unknown.

The last public reports of USAID point out that in August 2007, they organised a conference with 50 mayors from all the country to cover the issue of “decentralisation” and the “popular networks”. This issue seems very much like the project that Leopoldo Lopez, opposition mayor of Chacao, is currently promoting. The USAID program in Venezuela promises to continue in its efforts to “strengthen civil society and political parties”, “promote decentralisation and municipal councils” and “train human rights defenders”. The US Congress has already approved $3.6 million for this office in Venezuela for the year 2007-8, which indicated that this subversion will continue increasing and threatening the Bolivarian revolution.

But Venezuela is not the only target of US subversion and intervention via USAID and its millions of dollars poured into funding opposition movements. In March 2004, USAID opened up another Office of Transition Initiatives (OTI) in Bolivia, to supposedly help “reduce tensions in zones of social conflict and help the country with preparations for electoral events”. In this case, USAID contracted the US company Casals & Associates, Inc. (C&A) to manage the more than $13.3 million that they had already granted to 379 organisations, political parties and projects in Bolivia. C&A plays the role in Bolivia which the DAI does in Venezuela, and just like the DAI, C&A is a company with large contracts with the Defence Department, the US Army, US Navy, the Energy Department, Broadcasting Board of Governance, the Voice of America, the Office for Transmissions (of propaganda) to Cuba, the Interior Security Department, the State Department and many more. Up until today, C&A has worked on executing interventionist programs for the different Washington agencies, in more than 40 countries across the world, including Albania, Armenia, Bolivia, Colombia, Dominican Republic, El Salvador, Guatemala, Madagascar, Malawi, Mexico, Nicaragua, Panama and Paraguay.

In Bolivia, USAID-OTI has focussed its efforts on combating and influencing the Constituent Assembly and the separatism of the regions rich in natural resources, such as Santa Cruz and Cochabamba. The majority of the $13.3 million has been given to organisations and programs working towards “reinforcing regional governments”, with the intention of weakening the national government of Evo Morales; “creating links between indigenous groups and democratic structures”, “offering economic opportunities and communitarian development”; “civic education for emergent leaders”; and “the spreading of information”. The noble themes of these programs indicate that Washington is seeking to suffocate the national power of Evo Morales in Bolivia, penetrate and infiltrate the indigenous communities, which constitute the majority of the country, promote the capitalist model, and have influence over the mass media, promoting pro-US, pro-capitalist and anti-socialist propaganda.

The USAID-OTI program in Bolivia is openly supporting the autonomy of certain regions, such as Santa Cruz, Beni, Pando and Tarija, and therefore promoting separatism and the destabilisation of the country and the government of Evo Morales. The National Endowment for Democracy (NED), another one of Washington’s financial organs, which promotes subversion and intervention in more than 70 countries across the world, including Venezuela, is also funding groups in regions such as Santa Cruz, which fight for separatism. The current US ambassador in Bolivia, Philip Goldberg, is an expert in issues of separatism, having been the head of the US mission in ex-Yugoslavia that was divided into two countries: Bosnia and Serbia, with US “help”.

The Evo Morales government has already publicly denounced this subversion via USAID in Bolivia, giving notice to the US government that it must obey the laws of the country or chose to leave. “The door is open”, declared the Bolivian government spokesperson recently, making reference to US intervention in his country.

Nevertheless, Washington will not go so easily. This network of intervention and subversion will not be so easily eradicated. President Chavez has proposed in his constitutional reform, a change to article 67 which included the prohibition of funding of groups with political aims and political campaigns by public or private foreign entities. It is essential to define the concept of “political aims”, because in many cases, the NGOs and groups that work for human rights would attempt to evade being classified as organisations with “political” motives. But no one can deny that human rights is fundamentally a political issue, and it is the terrain, more than any other, where today Washington’s subversion hides, using NGOs as a cover.

What is clear is the urgent necessity of developing strategies to impede and shake this subversion in Venezuela, Bolivia and all our sister countries, today in the sights of the empire, and which are fighting to express their own will and sovereignty.

Previous Article
Pretty in Prozac: The Marketing of Serafem
Next Article
The Abusive Grip of Grenville Christian Cult/Probe Widens to Include Ex-Teachers 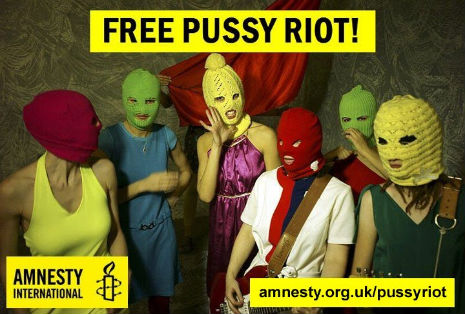 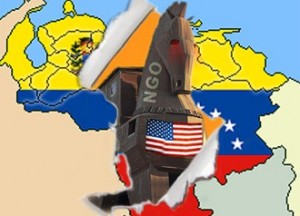 The Pussy Riot Plot – How the US State Dept. & NED Engineered a Hypocritical “Free Speech” Scandal