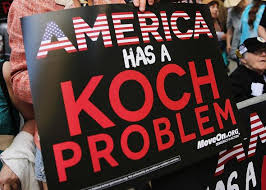 “… Dr. Lomax,  president and CEO of UNCF … whose compensation is now an eye-popping $1.5 million, does not seem to have brought up the awkward business of the Kochs’ support for ending the desegregation of a North Carolina school district in 2009. …”

The close relationship between the Koch brothers, the United Negro College Fund, and UNCF’s handsomely compensated CEO shows how a once important creator of African American intellectual and economic growth has fallen for, as the old heads would day, the old okie-doke.

In June, UNCF accepted $25 million from the Koch brothers.

“We are enormously grateful to Koch Industries and the Charles Koch Foundation for their long-standing support of UNCF and for helping create new opportunities for earned success and a better future for our students,” Dr. Michael Lomax, president and CEO of UNCF, is quoted in the July newsletter for Koch Industries.

Wow. Where to begin? Charles Koch, who is now 78 years old, resigned from the proto-fascist John Birch Society in 1968. Hey, if black folks in Alabama were willing to forgive a repentant George Wallace, then, indeed, nearly any American can have a second act.

If only it were that easy for Charles Koch.

When UNCF took $25 million from the Kochs, it didn’t ask for an apology.

Dr. Lomax, a literature professor and former university president, whose compensation is now an eye-popping $1.5 million, does not seem to have brought up the awkward business of the Kochs’ support for ending the desegregation of a North Carolina school district in 2009.

What are Koch Industries and the Charles Koch foundation buying with their donation to a noted civil rights organization? Two things: Cover and cadre.

In supporting a far-reaching rightwing agenda, the Kochs are involved with some repugnant characters and repulsive ballot initiatives. When their candidates say outrageous things about racial minorities or women, the taint of it winds it way back to Wichita, the home of Koch Industries.

So the Kochs cover the bad smell by buying some good public relations.

To paraphrase the comedian Robin Harris, the Kochs have so much money, when they write a check, the bank bounces. The $25 million grant to the UNCF—founded in 1944 to aid black men and women in attending historically black universities and colleges in a segregated era—isn’t a big deal for a family that has spent hundreds of millions on candidates and causes.

But this grant has some strings. And that goes to its second purpose: the cadre.

According to the UNCF, $18.5 million of the grant will go to fund “scholarships at the undergraduate and graduate levels and is focused on how entrepreneurship, economics, and innovation contribute to well-being for individuals, communities, and society.”

These scholarship winners will find the doors open to them in the rightwing think tanks and lobbying groups the Kochs also fund. The Kochs are making a smart investment by helping to raise a cadre of libertarians of color.

Nice work if you can get it. Ask Lomax. He leads an organization that is in the business of raising money and opportunity for the tens of thousands of students, over 60 percent of who come from families that live at or below the poverty line.

The UNCF is a nonprofit charity organization. But its director’s $1.5 million in compensation, much of it listed in the group’s IRS Form 990 as “other compensation” or “deferred compensation,” is atypical of charity groups, to say the least. Actually, it’s more in line with the big trade associations.

The Kochs are creating an internship factory for their brand of political and economic ideology. It’s an ideology that seeks to privatize schools, destroy trade unions, and end government participation in industry regulation and social safety nets.

It’s an ideology that squelches actual debate by paying for a flood of misdirection and academic hokum.

Is that really what the UNCF ought to be selling to young black men and women? The UNCF’s other donors might want to know more about how the venerable organization they support fell for the old okie-doke.

Previous Article
Leading German Journalist: CIA Media Pushing for World War
Next Article
‘Kill The Messenger’ Revisits the CIA and How Crack-Cocaine Exploded in the US 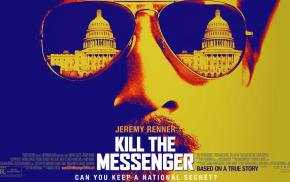