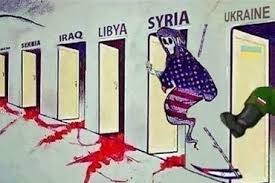 About 32 years ago, I was driving my dark green Audi Fox through Virginia’s lush horse country near Middleburg in search of a 350-acre farm owned by Harry Rositzke, author, educator and linguist. He also was one of the highest ranking spies in the Central Intelligence Agency which ran secret operations against Ukraine and other Soviet republics from 1949 to 1954.

Rositzke, who died in 2002, seemed an odd prospect for gentleman farmer. He had been born in Brooklyn and sounded like it. He had an extreme sense of street smarts, as I found when I was working on a newspaper story on spying in Virginia.

From what I remember of my interview — I lost my notes years ago — I had no real idea just how active the CIA had been in actually recruiting local language speakers, often displaced persons or recent emigres, giving them a smattering of training and then kicking them out the side door of a dark-colored C-47 at night onto the potato fields of Ukraine, the Baltic States and also Russia.

Mind you, these black drops were just a few years after the Soviet Union and the U.S. were suspicious allies who had helped defeat Germany, Japan and Italy. Things turned nasty very quickly and, as history moves forward, we seem back where we were 60 plus years ago.

Today, Vladimir Putin is massing Russian troops on the Ukraine border after annexing Crimea. He claims that America has a history of meddling in Ukraine, an independent nation since the 1991 split up of the U.S.S.R. The ironies are delicious. Putin, a former KGB spy in East Germany, is right.

The spy acronym for the early Cold War infiltration efforts was REDSOX, according to espionage historian Matthew Aim. The specific ones against Ukraine were labelled AERODYNAMIC with others being AEROOT (Estonia), AEQUOR (Byelorussia), AECOB (Latvia), AEGEAN (Lithuania) and AESAURUS (inside Russia itself).

The operations were run out of a CIA base in Munich and were headed in 1951 to 1954 by Rositzke.  “We were sending people into the Ukraine, people forget that there was an active resistance movement there… We’d fly them in and parachute them from C-47s. We never lost a plane. We were pleased to see how inefficient the anti-aircraft sources were,” he told The Washington Post.

Aim believes that up to 85 agents were air dropped in denied areas of Eastern and Central Europe from 1949 to 1954. The British MI6 intelligence group likewise sent agents there.

It isn’t clear what their missions were, but reconnaissance, establishing covert networks and sabotage are possibilities. The strange part is that anywhere from 75 to 100 percent of the air drop covert missions were failures, according to Aim and others.

One problem is that the American spymasters probably didn’t know what they were getting into. It wasn’t the same as setting up French underground groups during World War II; émigré groups fought each other and many if not all of the missions had been thoroughly compromised by Soviet counter-intelligence before they ever got off the ground.

According to Aim, one British agent named Myron Matviyenko had been in command of three teams of MI6 infiltrators who had jumped into Western Ukraine and Poland but turned them all in to the Soviets. Another theory is that Soviet super spy H.A. R. “Kim” Philby had learned of many of the missions while a British Embassy official in Washington and quickly passed the information along. Many of the agents simply vanished.

Rositzke at one point is quoted as saying that the missions were so rushed that the CIA hadn’t had time to vet the agents. In any event, he bought his farm near Middleburg in 1955 as a place to retire and eventually did. Little did I know as I was driving away from Rositzke’s estate with the big oak trees that I would be working in the Soviet Union myself as a news correspondent four years later. I ended up doing two tours of three years there.

In 1996, as I was preparing to leave Moscow for the last time, I went to a new museum opened by the KGB at their famous Lybyanka Headquarters. The guide was an elderly, grey haired man with ice cold blue eyes, sort of Putin-like. He was a retired KGB officer and I was mesmerized that their exhibit had photos and relics from compromised American and British covert ops in Ukraine and the Baltics.

One dead giveaway was that the CIA was dumb enough to use stainless steel staples in the fake passports it made, the guide said. Everyone knows that true Soviet passport staples are old-style iron and they always smudge the paper with rust. This could be easily spotted by checking a passport. No smudge? Instant spy!

I asked if the CIA still made the same mistake after all these years. He stared at me coldly for more than a minute before responding: “No, they make others.” 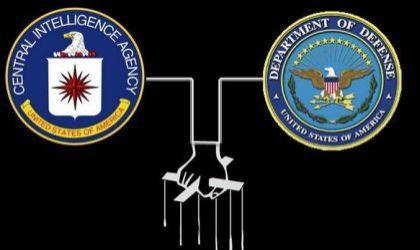 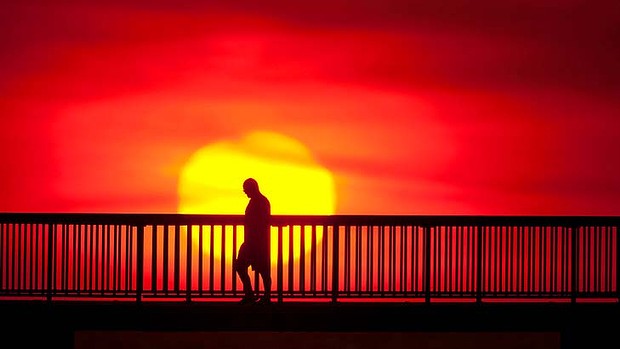