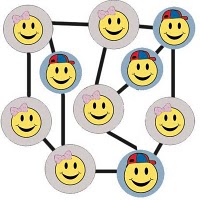 San Francisco, CA – The Electronic Frontier Foundation (EFF), working with the Samuelson Law, Technology, and Public Policy Clinic at the University of California, Berkeley, School of Law (Samuelson Clinic), filed suit today against a half-dozen government agencies for refusing to disclose their policies for using social networking sites for investigations, data-collection, and surveillance. …

“Millions of people use social networking sites like Facebook every day, disclosing lots of information about their private lives,” said James Tucker, a student working with EFF through the Samuelson Clinic. …