” … the servicemen were tested with nerve gases including Sarin and CS gas, believing they were helping find a cure for the common cold. … “ 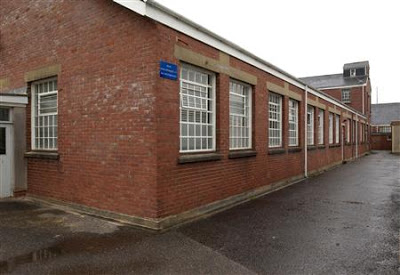 LONDON (Reuters) – Former British servicemen who were guinea pigs in chemical weapons’ trials during the Cold War won 3 million pounds in compensation and an apology from the government on Thursday.

The 360 surviving ex-military personnel were subjected to tests at the Porton Down chemical warfare facility. The Ministry of Defence said they will get about 8,000 pounds each.

In a parliamentary statement, defence minister Derek Twigg said it was a “full and final settlement” to those who had participated in the trials during the 1950s and 1960s.

Offered incentives such as money and extra leave, the servicemen were tested with nerve gases including Sarin and CS gas, believing they were helping find a cure for the common cold.

Twigg said the tests were designed to “ensure that the UK had the defensive and deterrent capabilities required to respond to the threat of the use of chemical weapons”.

“The government accepts that there were aspects of the trials where there may have been shortcomings and where, in particular, the life or health of participants may have been put at risk,” Twigg said.

“The government sincerely apologises to those who may have been affected. The Ministry of Defence is grateful to all those whose participation in studies at Porton Down made possible the research to provide safe and effective protection for UK armed forces.”

Many of the Porton Down veterans have been pursuing legal action for years and say they have suffered decades of poor health because of exposure to chemicals.

Solicitor Alan Care, who has acted for the veterans for more than a decade, said the deal was overdue.

“Today is the culmination of well over a decade’s work to obtain some justice and recognition for the veterans who have undoubtedly been treated poorly … by the Ministry of Defence for so many years,” he said in a statement.

Experiments at the site, in Wiltshire, southern England, were ended almost two decades ago. The ministry now uses the facility to develop defensive equipment against chemical and biological weapons.