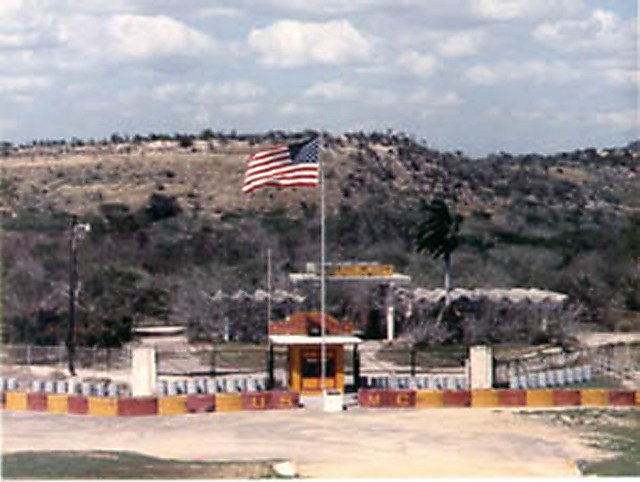 British residents held at Guantánamo Bay could be offered millions of pounds in compensation for wrongful imprisonment and abuse after the court of appeal today dismissed an attempt by MI5 and MI6 to suppress evidence of alleged complicity in torture.

The judges ruled that the unprecedented legal move by Britain’s security and intelligence agencies – which the attorney general and senior Whitehall officials backed – to suppress evidence in a civil trial undermined the principles of common law and open justice.

MI5 and MI6 said evidence in the case should be kept secret from everyone except the judges and “special advocates” (vetted barristers). The Guardian, the Times, the BBC, and the civil rights groups Justice and Liberty intervened, arguing that at stake was the right to a fair and open trial, the right to freedom of expression and the public’s right to know what agents of the state are or have been doing on its behalf.

In the appeal court ruling, Lord Neuberger, master of the rolls, Lord Justice Maurice Kay and Lord Justice Sullivan said that accepting the argument of the security and intelligence agencies would amount to “undermining one of [the common law’s] most fundamental principles”. One of those principles was that “trials should be conducted in public, and the judgments should be given in public”.

The judges gave the attorney general, MI5 and MI6 28 days to appeal to the supreme court. But government officials have told the Guardian that the former detainees are now likely to be offered compensation of millions of pounds in out-of-court settlements as that would be preferable to having embarrassing evidence of the security and intelligence agencies’ complicity in abuse being exposed.

The judges ruled: “In our view the principle that a litigant should be able to see and hear all the evidence which is seen and heard by a court determining his case is so fundamental, so embedded in the common law that, in the absence of parliamentary authority, no judge should override it, at any rate in relation to an ordinary civil claim such as a claim for damages for tort or breach of statutory duty.”

They added: “Quite apart from the fact that the issue is one of principle, it is a melancholy truth that a procedure or approach which is sanctioned by a court expressly on the basis that it is applicable only in exceptional circumstances nonetheless often becomes common practice.”

Moreover, if a party was to win a case in which evidence was heard in secret, there was a “substantial risk” that it “would not be vindicated and that justice would not be seen to have been done. The outcome would be likely to be a pyrrhic victory for the defendants whose reputation would be damaged by such a process, but the damage to the reputation of the court would, in all probability, be even greater.”

The ruling is being studied by lawyers for other alleged victims of rendition and torture, for whom it appears to have major implications. While the government seems now more likely to seek to settle claims being brought by other men suing for compensation, legal observers say it will also face greater difficulties in attempting to hold criminal proceedings in secret where allegations of torture are made.

Among those suing for damages are Salahuddin Amin, a convicted terrorist from Luton, who was repeatedly questioned by MI5 officers during the 10 months that he was held unlawfully by Pakistan’s Inter-Services Intelligence agency (ISI), known to routinely torture detainees; Rangzieb Ahmed, from Rochdale, Greater Manchester, who had fingernails ripped out by ISI officers after MI6 suggested he be detained, and after MI5 and Greater Manchester police drew up a list of questions to be put to him; and Jamil Rahman, a former civil servant from south Wales, who says he was repeatedly questioned by British intelligence officers after being tortured by Bangladeshi officials, and was eventually released without charge.

Ahmed is appealing against his conviction for terrorism offences, with a first hearing scheduled for next month. Before his trial at Manchester in 2008, the Crown Prosecution Service used in camera procedures in a manner that concealed from the public evidence of British involvement in his torture. His lawyers are now considering whether today’s ruling will help them resist CPS attempts to have substantial parts of his appeal also heard in secret.

Corinna Ferguson, legal officer at Liberty, said: “Yet again, the court of appeal has sent the strongest signal to the security establishment that it cannot play fast and loose with the rule of law. Fair and open justice belongs to people, not governments. Whoever governs us from Friday would be wise to bear this in mind.”

David Davis, the former shadow home secretary, hailed the judgment as “one of the most important in recent times.” He added: “It highlights the absolute necessity of a judicial inquiry, to tell the public what has been done in their name, and to make sure any crimes committed in their name are never committed again.”

Clive Stafford Smith, director of the charity Reprieve, said: “Perhaps the most dangerous legacy of the ‘war on terror’ is a creeping secrecy which threatens to shutter the workings of British justice away and limit access to a privileged few.”

Binyam Mohamed’s lawyer, Sapna Malik, said: “We are delighted that the court of appeal has fully accepted the claimants’ arguments that the government has been seeking to introduce, via the backdoor, unconstitutional, and manifestly unfair, measures to defend these most serious of allegations.”

In a separate ruling today, the appeal court said the government must reveal the gist of “sensitive” intelligence material to Kashif Tariq, whose cousin was convicted in 2008 of conspiracy to murder in the plot to blow up aircraft with liquid bombs. Tariq was suspended from his post as an immigration officer because of “national security concerns”.

In February the government lost an 18-month legal fight to stop the disclosure of MI5 involvement in the abuse of British resident Binyam Mohamed at the hands of the CIA. The government claimed that disclosure could stop the US sharing intelligence with the UK.

Senior judges last year accused the Ministry of Defence of “lamentable” conduct over attempts to suppress information about the interrogation of Iraqi detainees held by British troops in Camp Abu Naji, an army base in Amara, north of Basra, after a fierce battle in 2004.

In April, the MoD insisted on suppressing passages in documents prepared by lawyers for Maya Evans, an antiwar activist seeking a judicial review of the government’s policy of transferring detainees to Afghan security forces known to abuse and torture prisoners. The high court has yet to rule on the MoD’s demand. Richard Norton-Taylor

When the CIA Overthrew Iran for BP
May 12