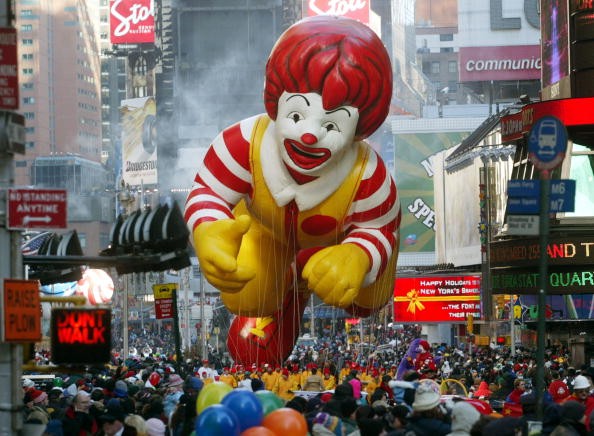 Dismissing studies that hurt their industry as "junk science." Sowing doubt in the public's mind about the harm caused by their products. Paying scientists to produce pro-industry studies that distort science. Marketing their products to children. Rolling out products that increase their addictive potential. Vowing to regulate themselves.

Kelly D. Brownell, the director of the Rudd Center for Food Policy and Obesity at Yale University and a nationally recognized authority on America's obesity epidemic, thinks the parallels are hard to ignore. Brownell, along with Kenneth E. Warner, a prominent tobacco researcher who is dean of the University of Michigan's School of Public Health, recently published a report comparing the legal, political and business strategies employed by "Big Food," a pejorative term often applied to the food and beverage industry in general, and concluded that they are currently using the same tactics and strategies employed by U.S. tobacco giants when they were trying to fend off regulators and plaintiff lawyers.

"Popular books like 'Fast Food Nation' and movies like 'Super Size Me' have sensitized the public to industry practices. In turn, the industry has had to react to claims that it seduces children into a lifestyle of unhealthy eating, infiltrates schools, buys loyalty from scientists, and pressures administration officials into accepting weak and ineffective nutrition policies,'' write Brownell and Warner.

According to Brownell and Warner, "the tobacco industry had a playbook, a script, that emphasized personal responsibility, paying scientists who delivered research that instilled doubt, criticizing the 'junk' science that found harms associated with smoking, making self-regulatory pledges, lobbying with massive resources to stifle government action, introducing 'safer' products, and simultaneously manipulating and denying both the addictive nature of their products and their marketing to children."

The tobacco industry analogy is inescapable, they note.

"Seducing children? There is no better example than Joe Camel. Buying the loyalty of scientists? It happened time and again with tobacco. Using pressure to stall or prevent needed policy change? Few industries have been more effective than tobacco,'' they write.

Like Big Tobacco, 'Big Food' is organized and political

It consists of massive agribusiness companies such as Cargill, Archer Daniels Midland, Bunge and Monsanto; food sellers such as Kraft, which owns Nabisco, and PepsiCo, which owns Frito-Lay; and restaurant companies as large as McDonald's and Yum! Brands, owner of Pizza Hut, Taco Bell, KFC and more. These are represented by lobbyists, lawyers and trade organizations, such as the Grocery Manufacturers of America, whose 200 members enjoy annual sales of more than $680 billion in the United States alone, and consist of major packaged-food corporations such as Kraft, Mars and PepsiCo.

"It is standard operating procedure for companies to join trade associations to lobby on the members' behalf to maximize efficiency and power," says Michele Simon, a public health lawyer and author of Appetite for Profit. "Trade groups can do the dirty work without tarnishing the individual corporate image."

The Center for Responsive Politics says food and beverage companies spent $57 million on lobbying in 2009 alone.

Simon says that from 2003 to 2005, almost every state proposed legislation to address the sale of soda and junk food in public schools. But many of these efforts have fallen flat.

"Only 21 states were successful in passing any bills during that period, and in at least 10 instances, the bills were watered down, a result of political lobbying and compromise," Simon says. "In many other states, the bill as introduced was already weak and likely ineffective, another byproduct of corporate pressure … In almost all states where bills fail or are weakened, trade associations and individual companies have a heavy hand in the lobbying. Despite its public claims to being part of the solution, at every opportunity, the Grocery Manufacturer's Association (GMA) puts its members' economic interests above children's health."

Brownell and Wagner also note that there is a long history of government and agency officials being recruited from food and agriculture industries and then returning to businesses and lobbying firms when their government service ends.

"Tommy Thompson, a former secretary of the Department of Health and Human Services, is now a partner with Akin Gump, a law firm that defended tobacco companies and food companies like Archer Daniels Midland,'' according to Brownell and Wagner. "Daniel Glickman went to the same firm after serving as secretary of the United States Drug Administration."

"Beginning with denials that smoking causes lung cancer and progressing to attacks on studies of secondhand smoke," the tobacco industry knew how to instill doubt in the public psyche, Brownell and Wagner say.

"Likewise, groups and scientists funded by the food industry have disputed whether the prevalence figures for obesity are correct, whether obesity causes disease, and whether foods like soft drinks cause harm," they say. "Many of the major food companies have advisory boards composed of the field's most visible academics, pay scientists as consultants, and fund research."

Recently, Yale Medicine recently teamed up with soft-drink and snack-food giant PepsiCo, the purveyor of Cheetos and Mountain Dew, to create a "research laboratory" in Science Park, which is adjacent to Yale's campus. PepsiCo is also sponsoring a fellowship in Yale's M.D.-Ph.D. Program.

"What sort of alleged science will this Orwellian place produce?" Simon recently wrote on her Appetite for Profit blog.

According to the company's press release, "the endowment will specifically fund work that focuses on nutritional research, such as metabolic syndrome, diabetes and obesity."

"Sickening,'' writes Simon. "And ironic since Yale is also the home of the Rudd Center for Food Policy and Obesity, which is fast becoming the nation's leader in the field. "I can't help wondering if this is a coincidence, or if PepsiCo figured this was a good way to neutralize the Rudd Center's increasing influence over policies detrimental to the company's bottom line. Let's take, for starters, how Rudd is gaining national expertise on soda taxes, as evidenced by numerous articles penned by Rudd director Kelly Brownell such as this one published last year in the New England Journal of Medicine."

Simon says that when the Rudd Center was first formed, Derek Yach, formerly with the World Health Organization and tobacco control hero, was on staff there. "Then in 2007," she says, "to the great shock and dismay of public health advocates around the world, he became PepsiCo's director of Global Health Policy, whatever that means," says Simon. "And now here he is, posing with numerous other smiling PepsiCo executives, side by side with Yale School of Medicine faculty members."

Like Big Tobacco, the food and soft-drink industry is pursuing self-regulation as a defense against government regulation

For example, the American Beverage Association, in association with the Alliance for a Healthier Generation, announced that it would reduce sales of traditional carbonated soft drinks in schools.

Similarly, PepsiCo announced "a voluntary policy to stop sales of full-sugar soft drinks to primary and secondary schools worldwide by 2012." According to PepsiCo, this new policy brings its international actions in line with what it is already doing in the United States.

But "It keeps vending machines in schools and still allows for plenty of branded sugary drinks: Gatorade, juice drinks, and sweetened milk, for example,'' says Marion Nestle, a professor in the Department of Nutrition, Food Studies, and Public Health at New York University and author of the popular blog, Food Politics.

The Institute for Responsible Technology has a research function so that a person can identify genetically modified ingredients in food products. The Center for Science in the Public Interest deals with health problems from chemical food.additives. And with the defeat of the DARK act we can and should move on to label GM foods. 90 day tests of GM foods produced multi-organ failure and tumors in rats and.sickened feedlot animals.