Daily Mail: How the Acid King Confessed he DID Set Up Rolling Stones Drug Bust for MI5 and FBI

” … Sniderman was a Toronto-born failed actor who told his family and friends he was recruited by British and American intelligence as part of a plot to discredit the group. … “

It is one of the most intriguing chapters in the history of the Rolling Stones.

The drugs raid on a party at guitarist Keith Richards’s Sussex home, Redlands, more than 40 years ago very nearly destroyed the band. And one of the 1967 episode’s unexplained mysteries was the identity of the man blamed by Richards and Mick Jagger for setting them up, a young drug dealer known as the Acid King.

Crime scene: Mick Jagger and Keith Richards outside Redlands, the home that was raided by police in 1967 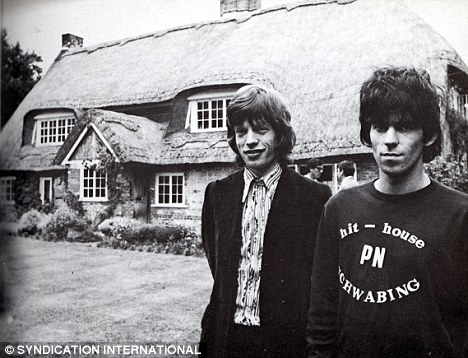 He was a guest at the party – and supplied the drugs – but vanished after the raid, never to be seen or heard of again.

Jagger and Richards were arrested and jailed for possession of cannabis and amphetamines, though later acquitted on appeal.

Richards claimed last week in his autobiography, Life, that the Acid King was a police informant called David Sniderman.

The truth appears to confirm Richards’s long-held belief that the band was targeted by an Establishment fearful of its influence over the nation’s youth.

The Mail on Sunday can reveal that Sniderman was a Toronto-born failed actor who told his family and friends he was recruited by British and American intelligence as part of a plot to discredit the group.

After the Redlands bust, he slipped out of Britain and moved to the States where he changed his name to David Jove, and lived in Hollywood, later working as a small-time producer and film-maker. 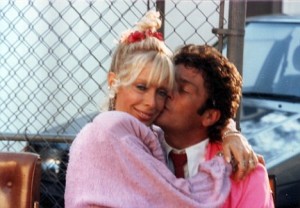 Informant: David Jove pictured with his wife Lotus Weinstock at a family wedding

Maggie Abbott, a Sixties talent agent, met him in Los Angeles in 1983 and became his lover. He told her how he infiltrated the group but said he was now ‘on the run’.

She said: ‘David was a heavy drug user but had a quick wit. He was the perfect choice to infiltrate the Stones.’

He never showed any remorse for what he did. It was all about how he had been “the victim”. He was a totally selfish person.

‘Mick had been my friend as well as a client and I thought about trying to persuade David to come clean publicly.

‘But he was always armed with a handgun and I feared that if I gave him away, he’d shoot me.’

His identity was confirmed by a scion of a family of American philanthropists, James Weinstock.

‘They’d come up with some new way to make acid and decided to go to the UK and sell it,’ she said. But David was caught carrying pot by Customs.

‘Some other guys turned up – he implied they were MI5 or MI6 – and they gave him an ultimatum: he’d get out of prison time if he set up the Stones.’

The British agents were in cahoots, he told Miss Abbott, with the FBI’s notorious Counterintelligence division, known as Cointelpro, which specialised in discrediting American groups deemed to be ‘subversive’.

On Christmas Day in 1969, ‘Jove’s’ new wife, Lotus, gave birth to a daughter, Lili. Their marriage lasted 18 years, though they never lived together.

‘I first met David when I returned to California from Bali, where I had gone searching for God,’ said James Weinstock, Lotus’s brother.

‘One New Year’s Eve, he showed me a gun and said he’d just killed a man who was messing with his car.’ Later he was rumoured to have murdered a TV personality, Peter Ivers, the presenter of a TV show that ‘Jove’ produced.

Miss Abbott said: ‘There was talk that Peter had decided to leave the show and David was angry. ‘I discovered “Jove” wasn’t David’s real name when he shot himself through his heel with his gun.

‘When we checked him into hospital, he used a made-up name and later I found out his real name was Sniderman.’ His first half-hearted admission was to Mr Weinstock: ‘He told me he was tight with the Rolling Stones in England, but had a falling-out with them,’ he said.

‘He was arrested for some ser­ious offence, but managed to extric­ate himself, and he said it all looked very suspicious when the police busted the Rolling Stones. They froze him out after that.’

In 1985, Miss Abbott and an old friend, Marianne Faithfull, went out for dinner in Los Angeles.

Miss Abbott introduced her to ‘Jove’ – but Ms Faithfull soon told her she wanted to leave.

Miss Abbott says: ‘When we got into my car, she said, “It’s him, the Acid King. He set up the Redlands bust. Don’t ever see him again”. ’

Miss Abbott added: ‘Two months after the evening with Marianne, I finally had it out with him.
‘To my amazement, he told me everything. He said, “It’s a relief to be able to talk about it”. ’

‘Jove’s’ final confession was made to his daughter, Lili Haydn, now a 40-year-old rock violinist. She said: ‘Shortly before his death he said he was the Acid King.

‘He told me he wasn’t a drug dealer. He felt he was expanding the consciousness of some of the greatest minds of his day.’

Later in his life he was ostracised by his glamorous LA set after his drug use became ‘voluminous’.