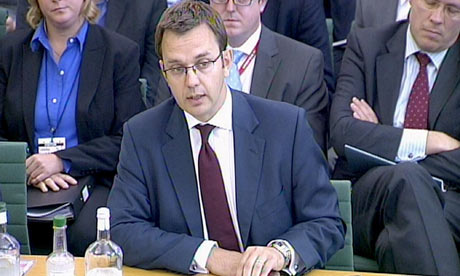 The Conservative party's director of communications, Andy Coulson, was editor of the News of the World when the hacking scandal first surfaced. Photograph: PA

John Prescott tonight demanded the Metropolitan police reopen its investigation into the News of the World phone-hacking scandal as the Observer revealed that Scotland Yard holds News International documents suggesting that he was a target when deputy prime minister.

Two invoices held by the Met mention Prescott by name. They appear to show that News International, owner of the NoW, paid Glenn Mulcaire, the private investigator at the heart of the scandal, for his help on stories relating to the deputy PM. Lord Prescott spoke of his anger that the information, spelled out in a letter from the Yard's legal services directorate, emerged only after he was given a series of personal reassurances by detectives at the highest level that there was "no evidence" his phone may have been hacked.

The invoices are both dated May 2006, at a time when Prescott was the subject of intense media scrutiny following revelations that he had had an affair with his secretary, Tracey Temple. There is also a piece of paper obtained from Mulcaire on which the name "John Prescott" is written. The only other legible word on this document is "Hull".

The legal services directorate adds: "We do not know what this means or what it is referring to."

In a statement to the Observer, Prescott said he formed the impression that the police were more intent on withholding information relating directly to him. "I have been far from satisfied with the Metropolitan police's procedure in dealing with my requests to uncover the truth about this case," he said.

"It seemed more about providing the least possible amount of information. I only discovered from the Metropolitan police that News International and Mulcaire were targeting me after repeated requests and in the end it came from their legal department, not the investigating officers."

Prescott said the letter showed there was "a compelling argument to reopen the police investigation and fully report on the findings to the public".

He added that he was pressing for full disclosure of all documents – including the invoices – and was prepared to seek their release through a judicial review. "We need far greater transparency to ensure not only that justice is done but that it is seen to be done."

Prescott's intervention follows a week in which the phone-hacking row was reignited by investigations carried out by the New York Times which raised questions about Scotland Yard's enthusiasm for pursuing the inquiry. The row has intensified the pressure on Andy Coulson, David Cameron's director of communications, who was editor of the NoW at the time of the scandal.

Peter Mandelson also became embroiled in the row last night with the Independent on Sunday revealing his mobile phone details were among lists of private data seized by police investigating illegal activity by News of the World reporters.

Balls called for the home secretary, Theresa May, to make an immediate statement about the phone-hacking affair to the Commons. He said: "This goes to the integrity of the criminal law, proper investigation and government communication, and there will be questions over David Cameron's judgment if he doesn't see the seriousness of this now.

"We need to know that this is going to be properly investigated. It does go to the heart of the integrity of communications in government. When there are now serious and new allegations and questions over Andy Coulson's integrity, that's something which has to be sorted out quickly and I hope David Cameron will do so. You can't just dismiss this as a piece of politics."

Miliband later said: "Instead of sending out a junior minister to just dismiss the allegations and not even engage with them, we need to hear from David Cameron and senior people in the Conservative party about what Andy Coulson's response is to these clear and detailed allegations. Until that happens, a cloud will hang over Andy Coulson, and indeed the government, because this is the man in charge of the government's media machine. He is not some junior office boy – this is someone at the highest level of government."

Prescott has placed intense pressure on the Met to reveal what material it has on him. Last September, the Met's assistant commissioner, John Yates, assured him there was no evidence to suggest his phone had been hacked. But Naz Saleh, the Met's assistant director of legal services, then admitted, following a further search, that it held information suggesting that Prescott had been a "person of interest to Mr Mulcaire".

The international development minister, Alan Duncan, said: "The Labour party – in a concerted campaign through Ed Miliband, Lord Prescott and Alan Johnson – have piled in to attack Andy Coulson about something that happened years ago in order to try to attack the government."

In a statement released yesterday, the News of the World said: "The New York Times story contains no new evidence – it relies on unsubstantiated allegations from unnamed sources or claims from disgruntled former employees that should be treated with extreme scepticism given the reasons for their departures from this newspaper."

A spokeswoman for News International declined to comment on information appearing to show it paid Mulcaire for help relating to stories about Prescott. However, NI sources said it often paid for help during its many investigations and the invoices – if genuine – were no proof of illegality.

The Met said no new evidence had emerged and "consequently the investigation remains closed".