The investigation into an operation three months ago in Afghanistan's Oruzgan province that left up to 23 civilians dead prompts Army Gen. Stanley A. McChrystal to punish six officers 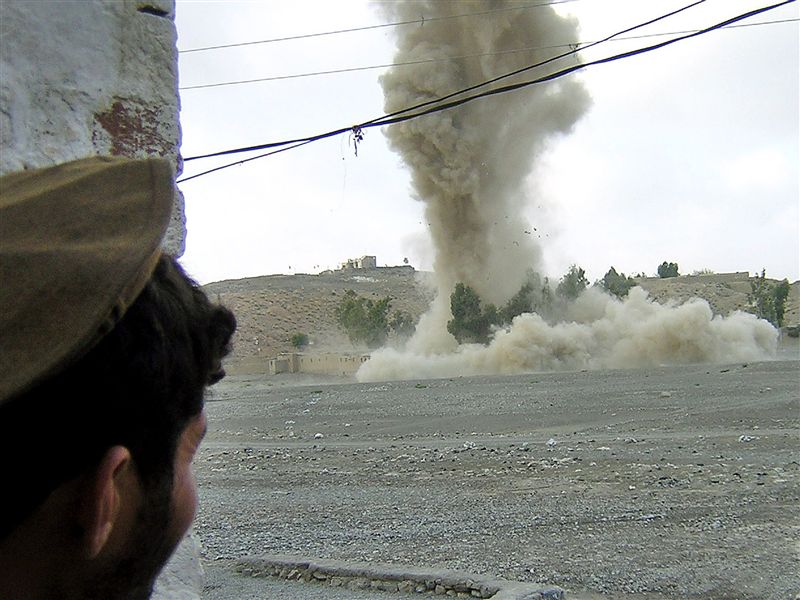 A U.S. military investigation has harshly criticized a Nevada-based Air Force drone crew and American ground commanders in Afghanistan for misidentifying civilians as insurgents during a U.S. Army Special Forces operation in Oruzgan province in February, resulting in the deaths of as many as 23 civilians.

Six U.S. officers will be punished and a sweeping review of counterinsurgency training will be undertaken, U.S. Army Gen. Stanley A. McChrystal, commander of NATO forces in Afghanistan, said Saturday.

The investigation into the Oruzgan incident had been ordered by McChrystal, who on Saturday called civilian deaths "heartbreaking."

A redacted investigative report faulted the Air Force Predator drone crew operating from a Las Vegas-area base for wrongly concluding that three vehicles carrying 30 civilians were insurgents rushing to attack U.S. and Afghan ground units. Using that misinformation, a helicopter airstrike was authorized and many of the civilians were killed.

"Information that the convoy was anything other than an attacking force was ignored or downplayed" by the Predator crew, whose reporting was "inaccurate and unprofessional," the investigation by a two-star Army general concluded.

The rebuke by McChrystal and Maj. Gen. Timothy P. McHale, who wrote the report, was unusually forceful. It focused rare attention on the military's reliance on unmanned aircraft operated from the United States to supply immediate, life-and-death intelligence to ground forces in Afghanistan and Iraq.

Defense analysts have long criticized drone operations because the crews have little experience in Afghanistan and cannot always accurately interpret raw data relayed by the aircraft's powerful cameras. A drone crew consists of a pilot, a camera operator and an intelligence analyst — all seated in ground control stations on Air Force bases in the United States.

McChrystal asked the Air Force to further investigate the Predator crew's actions in the Feb. 21 incident with an eye toward revising drone training and operations.

In addition, the report said "poorly functioning" command posts in Afghanistan that are supposed to analyze information provided by drone crews failed to deliver accurate "insights, analysis or options" to the Special Forces ground commander. Instead of immediately reporting likely civilian casualties, as required, the two command posts — one manned by Special Forces and one by conventional forces — waited 12 hours to file a report.

The vehicles were seven miles from the ground commander, who was conducting a joint operation with Afghan security forces in the village of Khod. Unable to see the vehicles, he relied on information provided by crews flying the Predator from Creech Air Force Base near Las Vegas.

The Oruzgan deaths were the worst civilian casualty incident in six months, and came eight months after McChrystal installed sweeping changes in U.S. tactics designed to minimize civilian casualties. The general apologized to the people of Afghanistan shortly after the incident. ...