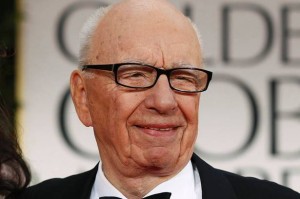 " ... He again failed to support journalists while trying to save his own skin. ... "

Scandal-hit media mogul Rupert Murdoch admitted yesterday there HAD been a “culture of illegal payments” at The Sun.

The ageing billionaire put his hands up as the extent of the newspaper’s dodgy payouts was revealed by Met police chief Sue Akers at the Leveson inquiry. Although 10 serving journalists on The Sun are on police bail, Mr Murdoch, 80, insisted it was all in the past. He said: “We have vowed to do everything we can to get to the bottom of prior wrongdoings in order to set us on the right path for the future."

That process is well under way. The practices Sue Akers described at the Leveson inquiry are ones of the past and no longer exist at The Sun.

“We have already emerged a stronger company.”

Mr Murdoch’s extraordinary intervention following Ms Akers’ evidence caused consternation in his paper’s newsroom as he again failed to support journalists while trying to save his own skin.

In evidence to the inquiry, Met Deputy Assistant Commissioner Sue Akers revealed that one public official received £80,000 from The Sun. 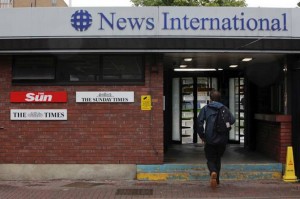 One journalist had spent £150,000 in paying sources, she claimed.

Ms Akers said: “The cases we are investigating are not ones involving the odd drink, or meal, to police officers or other public officials.

"Instead, these are cases in which arrests have been made involving the delivery of regular, frequent and sometimes significant sums of money to small numbers of public officials by journalists.

“There appears to have been a culture at The Sun of illegal payments, and systems have been created to facilitate such payments whilst hiding the identity of the officials receiving the money.”

She said payments in cash and by cheque were made to police and staff at other organisations, including the military.

Ten Sun staff have so far been arrested under Operation Elveden, the probe headed by Ms Akers into alleged bribes paid by News International, the newspaper’s publishers.

She said former senior managers were among those arrested for “authorising or facilitating the money”.

Ms Akers added: “The current assessment is that it involves a network of corrupted officials. The journalists had a network on which it could call.

“Further evidence is that the authority for these types of payments was made at a very senior level of the newspaper.”

She said police had examined 300 million emails at News International and added that their inquiry had been widened to include not just the police but “the military, health, government, prisons and others”.

The information was used to publish “usually salacious gossip rather than anything which could be remotely regarded as in the public interest”.

He told the inquiry: “We’re not talking, as some in blessed ignorance have suggested, about journalists buying a copper a pie and a pint.” He said there were “repeated payments of significant amounts of money”.

The Leveson inquiry was set up after it was revealed that murdered Milly Dowler, 13, was among hundreds of people who had their phones hacked by The Sun’s former sister paper the News of the World.