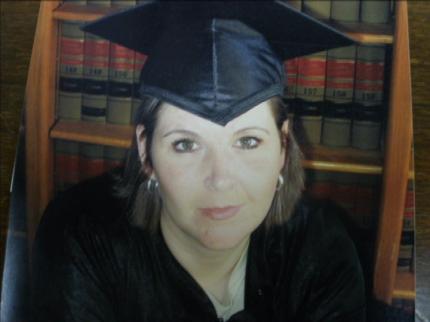 TULSA, OK -- There are allegations of corruption against a Tulsa police officer and a former ATF agent.

In federal court records, a federal prosecutor accuses the police officer and agent of making up a drug bust, then lying about it on the witness stand, which sent a man and his daughter to federal prison.

Records say a confidential informant also testified at the trials of Larry Barnes and his daughter Larita but later claimed he lied along with the officers.

Records say after the informant passed a lie detector test, a judge released the Barneses from prison and dismissed their case.

Records show Larita Barnes was sentenced to 10 years in prison after a confidential informant named Ryan Logsdon, Tulsa police officer Jeff Henderson and ATF agent Brandon McFadden all testified that the informant bought meth from her and her father for $3,000. Later Logsdon - the informant - claimed he lied, that the officers actually gave him the cash and told him to say he bought it from the Barnes.  Logsdon says the officers told him the Barneses were drug dealers, but the cops couldn't make a case against them.

Records show Logsdon passed a polygraph test so Larita was released after serving nearly two years behind bars.  Her father had been sentenced to five years. He was also released and their cases were dismissed.

While she was in prison, Larita's son, 9-year-old Hershel Clark, was killed by an accused drunk driver when the boy got off the school bus near Mannford.  He was the only boy of five children, and since Larita was in prison in Texas, she wasn't allowed to attend the funeral.

Court records show Larry Barnes told the judge at his sentencing, "I don't take drugs.  I don't use drugs.  Ryan Logsdon is a liar. He's a proven liar."

Now, another person accused in a drug case where Agent McFadden was involved wants his case dismissed.  Records show McFadden testified he found nearly six grams of cocaine on Allen Shields. Shields' attorney argues if McFadden could have lied in the Barneses' case, he could have lied in Shields' case as well.

In an unrelated case, Shields was recently ordered to stand trial for holding his girlfriend at gunpoint, while the woman's 9-year-old daughter hid in a back room and called 911.

Prosecutors say Shields is also a suspect in the disappearance of Tulsan Angie Tucker and the murder of Tulsa businessman Neal Sweeney, although he's not been charged with either.

Records show a federal prosecutor from Arkansas has been and still is investigating possible corruption among some officers in Tulsa.  No charges have been filed against either officer Henderson or Agent McFadden.

Henderson has been placed on administrative leave pending an investigation by an outside agency. Agent McFadden is no longer working for the ATF.  He resigned in September.