Drug cartel operatives used weapons from Operation Fast and Furious in a  failed attempt to assassinate a high-ranking Mexican law enforcement official, the El Paso Times reports in an article that  follows up on an initial report from Breitbart News’ Mary  Chastain.

The gun — which “was seized in Tijuana in connection with a drug cartel’s  conspiracy to kill the police chief of Tijuana, Baja California, who later  became the Juárez police chief” — is tied to Fast and Furious.

“The firearm was found Feb. 25, 2010, during an arrest of a criminal cell  associated with Teodoro ‘El Teo’ García Simental and Raydel ‘El Muletas’ López  Uriarte, allies of the Sinaloa cartel,” Diana Washington Valdez wrote on Monday  for the El Paso Times. “Tijuana police said they arrested four suspects in March  2010 in connection with a failed attempt to take out Julián Leyzaola, and that  the suspects allegedly confessed to conspiring to assassinate the police chief  on orders from Tijuana cartel leaders.”

Leyzaola has since moved to Ciudad Juarez, a town right across the border  from El Paso, Texas, to become the police chief there.

This new information comes on the heels of the release of a lengthy  congressional report into Fast and Furious from House oversight committee  chairman Rep. Darrell Issa and Sen. Chuck Grassley. That report — the first of  three — named  five Bureau of Alcohol, Tobacco, Firearms and Explosives officials Grassley  and Issa believe are ultimately responsible for Fast and Furious. On the same  day of the report’s public release, one of those officials — former deputy ATF  director William Hoover — resigned  his position.

That congressional report also saw the release of new evidence that Obama  administration ATF officials sought to cover up the Fast and Furious connection to a death other than that of Border Patrol agent Brian Terry.

Mario Gonzalez, the brother of then-Mexican prosecutor Patricia Gonzalez, was  killed with Fast and Furious weapons in early.

November 2010. According to  internal ATF emails congressional investigators obtained and released in this  report, one ATF agent had discovered that two of the guns found at Mario  Gonzalez’s murder scene were Fast and Furious weapons.

That agent, Tonya English, emailed her supervisors David Voth and Hope  MacCallister asking them to “not release any information” on the Fast and  Furious connection to that murder.

House Republicans are gearing up their lawsuit against President Barack  Obama’s assertion of executive privilege to withhold Fast and Furious documents  from Congress and the American people. Because the U.S. Attorney for the  District of Columbia has refused to enforce the congressional citation finding  Attorney General Eric Holder in criminal contempt of Congress, the House is  moving on the civil contempt of Congress resolution. That civil contempt  resolution allows the House to fight the president’s privilege claim in  court. 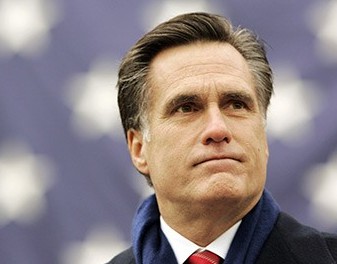