The Return of Charles Murray, ‘Bell Curve’ Champion of the Master Race – And WaPo’s Got Him! 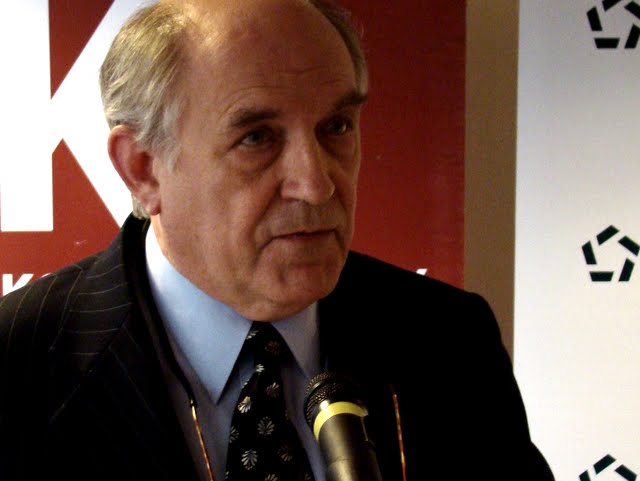 (ChattahBox Political News)—What’s up with the Washington Post purposely providing a forum to discredited bigoted and homophobic cranks? Earlier in the month, the once respected Op/Ed page published the shameful racist rantings of Dinesh D’Souza, the author of the debunked Forbes Magazine screed calling President Obama a Kenyan “anti-colonialist” who is carrying out the Socialistic ideologies of a “Luo tribesman from the 1950s.” On the heels of D’Souza’s made-up dog-whistle birther nonsense, comes a piece on the Ivy League elites tea party members love to hate. And the Washington Post chose Charles Murray, author of the debunked tome of racial eugenics, “The Bell Curve” to tell us ‘I told you so,’ that the more intelligent white folks have segregated themselves in a “bubble of privilege.” ...

After reading Murray’s article on the “New Elite” and their clustering “in a comparatively small number of cities and in selected neighborhoods,” wherein they watch “Mad Men” on their televisions sets, instead of “The Price is Right,” or “Oprah,” it all sounds plausible. But just because Charles Murray, the hero to White Supremacists, says it’s all true, doesn’t make it so.

Remember his Bell Curve pseudo-science piece of clap trap? Murray argued that blacks and Latinos are genetically inferior to white people. And he suggested the U.S. is wasting its money on welfare programs to prop up minorities, because they are mostly incapable of succeeding on their own.

Now Murray is once again promoting his highbrow version of racial eugenics as he educates us all on the “New Elite” Master Race. “The New Elite marry each other, combining their large incomes and genius genes, and then produce offspring who get the benefit of both,” says Murray.

So, wealthy privileged people marrying other rich people is a news flash?

It gets better. Murray, points out that President Obama somehow made it through the ranks into the “New Elite,” but assures us it’s an anomaly.

“We are watching the maturation of the cognitive stratification that Richard J. Herrnstein and I described in “The Bell Curve” back in 1994.” [...]

“The more efficiently a society identifies the most able young people of both sexes, sends them to the best colleges, unleashes them into an economy that is tailor-made for people with their abilities and lets proximity take its course, the sooner a New Elite — the “cognitive elite” that Herrnstein and I described — becomes a class unto itself.”

And the New Elite and the teapartiers in Sarah Palin’s “real” America are to be forever separated, because the New Elite have “never read a “Left Behind” novel (65 million copies sold) or a Harlequin romance,” and they “are unlikely to know who Jimmie Johnson is (the really famous Jimmie Johnson, not the former Dallas Cowboys coach), and the acronym MMA means nothing to them.”

If you say so, Charles Murray.

Media Matters asks the question we all want to know. “Why is the Post publishing this guy? Surely they could have found someone else maybe a tad more credible to discuss issues of education and class.” Indeed.

The Washington Post is apparently smitten with the American Enterprise Institute’s thinly-disguised “scholarship” of bigotry. But why?