Adnan Khashoggi Linked to 9/11 Terrorists, Part 35 Fear and Loathing at the NSA

"... civilian launch platform and satellite efforts have faltered, and the growth of the space industry has hinged upon Pentagon ambitions. Globalization of the space industry directly serves Pentagon efforts to control planetary space for purposes of political and military power projection. 'Globalization' of space has facilitated the consolidation of space control under Lockheed-Martin, Northrop-Grumman/TRW, Boeing, and Raytheon...." - Loring Wirbel, "The Space Industry," GNN 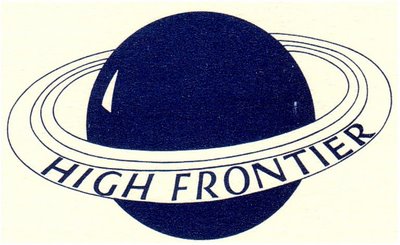 Rumsfeld made nerve-wracking predictions in his NMD reports. Vengeful rogue states ... an orbital Pearl Harbor ... the chilling potential for class war. The secretary of defense argued that peasants, the "have-nots," may one day rise against the "haves." In that eventuality, it's best to be prepared. The obvious solution was space-based reconnaissance and offensive weapons "to control space," but more importantly, "dominate the earth."1

One Air Force Space Command "study" called Strategic Master Plan FY04 and Beyond, stated flatly that the Pentagon intended to dominate from space. In a preface to the report, Gen. Lance Lord boasted: "As guardian of the High Frontier, Air Force Space Command has the vision and people to ensure the United States achieves space superiority today and in the future. A new space corps will fight from and in space ... the ultimate high ground of military operations.... Our vision calls for prompt global-strike systems with the capability to directly apply force from or through space against terrestrial targets. Space superiority is essential to our vision of controlling and fully exploiting space to provide our military with an asymmetric advantage over our adversaries."2

After the GOP pulled off a House majority in 1995, defense money favored them by a margin of two-to-one. And during the 2000 campaigns, Lockheed, Raytheon, Boeing and TRW forked over $2 million to 25 hard-core NMD boosters in the Senate - all of them co-signatories of a letter from Jesse Helms to President Clinton threatening to veto any arms agreement with Russia that established limits on the scope of future space-weapons plans. The same companies disbursed $34 million in lobbied financing, 1997-98.

The Arms Trade Resource Center reported in May 2000 that ranking arms manufacturers have stuffed the campaign accounts of "key members of Congress and invested tens of millions of dollars in their already formidable DC lobbying operations in an effort to ensure a 'soft' (and profitable) landing during the inevitable cutbacks that accompanied the end of the Cold War." Missile "defense" is highly profitable: "The nation’s Big Three weapons contractors, Lockheed Martin, Boeing, and Raytheon, are looking to missile defense as a medium-to-long term source of revenues and profits to help them recover from recent management and technical problems that have slashed their stock prices in half and reduced their profit margins. In FY1998-99, the four largest missile defense contractors (the Big Three plus TRW) have shared over $2.2 billion in Pentagon research and development funding for research projects. These four firms completely dominate the missile defense program at this point, accounting for 60% of total missile defense contracts issued by the Pentagon in FY1998-99."3 The rise of globalism, the the detriment of Rumsfeld's "have-nots," would be impossible without the “hidden iron fist,” Thomas Freidman's repetitious admonition, of the Pentagon.

In January 2003, GNN's Loring Wirbel warned of "the intimate connection between commerce and the military." Example: Peter Teets, former CEO at Lockheed-Martin. "Teets now serves as the director of the National Reconnaissance Office (NRO), undersecretary of the Air Force, and chief procurement officer for all of military space, controlling a budget in excess of $65 billion, a figure that includes $8 billion a year for missile defense and $7 billion annually for NRO spying. Teets is a firm believer in the conclusions of the Rumsfeld Commission’s January 2001 report on the military in space, which warns of a 'space Pearl Harbor' if the U.S. does not thoroughly dominate all aspects of space. In addition, key lobbyists for Lockheed-Martin, Bruce Jackson and Stephen Hadley, played central roles in developing space policy, and Hadley later took a post within the Pentagon..."4

Defense giants like Northrup underwent a shape shift when the Cold War ended. From its inception, Northrop had been a major producer of military aircraft, but in the early 1990s, the company "saw the need to transform itself into a premier defense electronics and systems integration company." Northrup made several strategic acquisitions. In early 1994, the company expanded its electronics business with the purchase of Grumman Corporation. In 1996, the newly-named Northrop Grumman picked up the Electronics Systems Group of Westinghouse. The following year, it purchased LOGICON, Inc., a leading defense information technology company. In 2001, the company acquired LITTON Industries, creating a global electronics powerhouse. Also in 2001, Northrop Grumman merged with Newport News Shipbuilding.

Early on, LOGICON figured prominently in the NSA's "Trailblazer," but there were other projects sharing the code-name, says 9/11 researcher Nico Haupt: "Symbolically the name 'trailblazer' represents an enourmous paradigm change. TrailBlazerTM was also the name for the first commercial lunar mission. Trailblazer was the name of one of the first high speed modems in the 80s. Trailblazer is also the name of one of the most succesful SUVs of General Motors. Ironically on board of General Motors you will find one of THE powerbrokers of military industry: Kent Kresa from Northrop Grumman. Kresa brokered the most important aquisitions of Northrop Grumman.... He brokered the merge with TRW.

"The aim was from the beginning to handle surveillance of cell phones, e-mail, fiber-optic telephones and other modern communication technologies. Trailblazer not only collects but also aids in analyzing the information." 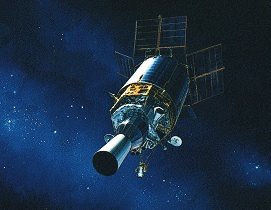 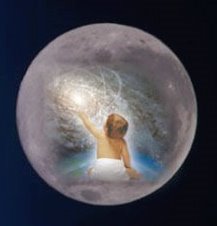 Haupt finds SAIC "most obvious," and "some of the real perpetrators of 9/11 are also hiding at SAIC." The San Diego engineering conglomerate is "controlled by at least two former CIA bosses, John Deutch and Robert Gates. SAIC is meanwhile connected with one anthrax suspect, the 'maintenance' of e-voting machines, former OEM-Director Jerome Hauer." Not to mention "the audition of Venezuela's oil company PDVSA, plus equity partners like Bechtel, Danet, Saudi SAI, DigiLens or VeriSign."5

Michael "Hitler" Hayden's overhaul of the NSA appeared to go smoothly enough, but by the time he bailed to take the position of DCI at the CIA in 2006, several employees had gone public with allegations of illegal spying under Hayden, who retaliated in his fashion:

NSA Accused of Psychologically Abusing Whistleblowers By Sherrie Gossett CNSNews.com Staff Writer January 25, 2006  (CNSNews.com) - Five current and former National Security
Agency (NSA) employees have told Cybercast News Service that the agency frequently retaliates against whistleblowers by falsely labeling them "delusional," "paranoid" or "psychotic."  The intimidation tactics are allegedly used to protect powerful superiors who might be incriminated by damaging information, the whistleblowers say. They also point to a climate of fear that now pervades the agency. Critics warn ... the "psychiatric abuse" and subsequent firings are undermining national security.  A spokesman for the NSA declined to comment.... The accusations of "Soviet-era tactics" are being made by former NSA intelligence analysts and action officers Russell D. Tice, Diane T. Ring, Thomas G. Reinbold, and a former employee who spoke on condition of anonymity....

Among those coming forward is a former NSA linguist who worked with the NSA for almost three decades. The former
employee spoke on condition of anonymity as he is currently employed by another federal agency. He is referred in this article simply as "J."  "J" is a "hyperpolyglot" or a person who is fluent in an unusually high number of languages. Former colleagues described him as a brilliant man possessing critical skills that were "amazing."  "I believe the abuse is very widespread," said J. "The targeted person suddenly is described as 'not being a team player,' as 'disgruntled,' and then they're accused of all sorts of bizarre things. Soon they're sent to the psych people...."

"It's like the Nazis have taken over," an officer currently working at the NSA said.6

6) Sherrie Gossett, "NSA Accused of Psychologically Abusing Whistleblowers," CNSNews.com, January 25, 2006.
http://www.cnsnews.com/ViewSpecialReports.asp?Page=SpecialReportsarchive200601SPE20060126a.html - The "Nazi" comment in context: "Agent X, a current NSA officer, confirmed the allegations and told Cybercast News Service that psychiatric abuse as a form of retaliation was 'commonplace' at the agency. 'A lot of people who work there are going through the same thing. People live in fear here. They run it like some kind of Gestapo,' Agent X said. Those targeted are 'yelled at, badgered and abused,' X added.... Agent X also alleged that the NSA plants false evidence in personnel files as part of the intimidation campaign. The agency also maintains a "dirt database" of inconsequential but potentially embarrassing information on employees.... Agent X said that an 'underground network' has developed to discuss these issues. 'It's like the Nazis have taken over....'"