Hitler Wasn’t A Socialist. Stop Saying He Was (The Telegraph)

Dr Tim Stanley is a historian of the United States. His new book about Hollywood politics is out in May. His personal website is www.timothystanley.co.uk and you can follow him on Twitter

The comparison between Hitlerism and Marxism doesn’t bear scrutiny. My colleague Dan Hannan argues that Hitler was a socialist. It’s a popular idea among libertarians, often used to shame the opposition – after all the Nazis did call themselves National Socialists. But, then again, Tony Blair once said he was a socialist, too. So labels can be misleading.

That Hitler wasn’t a socialist became apparent within weeks of becoming Chancellor of Germany when he started arresting socialists and communists. He did this, claim some, because they were competing brands of socialism. But that doesn’t explain why Hitler defined his politics so absolutely as a war on Bolshevism – a pledge that won him the support of the middle-classes, industrialists and many foreign conservatives.

Dan asserts that Hitler was a socialist with reservations, that:

Marx’s error, Hitler believed, had been to foster class war instead of national unity – to set workers against industrialists instead of conscripting both groups into a corporatist order.

Yet, by this very definition, Hitler wasn’t a socialist. Marxism is defined by class war, and socialism is accomplished with the total victory of the Proletariat over the ruling classes. By contrast, Hitler offered an alliance between labour and capital in the form of corporatism – with the express purpose of preventing class war. Marxists regarded this as one of the stages of capitalist development and few at the time legitimately interpreted the Third Reich to be a socialist society. The radical George Bernard Shaw, for example, certainly expressed sympathy for Hitler when he came to power but later described the dictator’s socialism as fraudulent – as a way of buying off the inevitable revolution. He wore, in Shaw’s opinion, “the latest mask of capitalism.”

Indeed, while the Nazis continued the Weimar Republic’s policy of nationalisation, they also privatised quite a few things, too: some steelworks, four major banks and the railways. The profit generated almost 1.4 per cent of the state’s income from 1934-38. Industrialists did well in the Nazi years, helped by a state policy of crushing the unions and emphasising full employment over raising pay. It is true that the economy was socialised in the latter part of the 1930s, but not for the sake of building socialism. It was to prepare for war. Politics came before economics in the fascist state to the degree that it’s hard to conceive of Hitler as a coherent economic thinker at all. He would’ve done anything to aid his conquest of Eastern Europe, and a command economy proved to be better at building tanks than the free market. Given that the dictator enjoyed the support of a bourgeoisie that accepted that sacrifices had to be made to defend their profits against socialism, we might define the Third Reich as capitalism embracing aspects of socialist economics in order to defend the interests of capitalists. Shaw was right.

Another key regard in which Hitler was no socialist was his racism. Again, Marxism defines history as a class struggle. Hitler saw it as a racial conflict – and Bolshevism as a Jewish construct. As he put it himself:

In Russian Bolshevism we must see the attempt undertaken by the Jews in the twentieth century to achieve world domination. Just as in other epochs they strove to reach the same goal by other, though inwardly related processes. Their endeavor lies profoundly rooted in their essential nature. Germany is today the next great war aim of Bolshevism. It requires all the force of a young missionary idea to raise our people up again, to free them from the snares of this international serpent, and to stop the inner contamination of our blood, in order that the forces of the nation thus set free can be thrown in to safeguard our nationality, and thus can prevent a repetition of the recent catastrophes down to the most distant future.

I shouldn’t have to spell out that this has nothing to do with socialism, Marxism, Trotskyism, dialectical materialism, or the Green Party. Hitler’s goals were, in fact, totally antithetical to the egalitarianism of socialism. The irony is that he was sometimes prepared to use socialist economics to pursue his agenda. But, to repeat, this was because politics held priority over consistent economic theory. For instance, German farms were not collectivized as Marxism demanded. They were certainly protected from competition and the farmer held up as the Aryan ideal. But even this was all for show: agriculture fell in importance as the war loomed and industrialization took priority. Economic policy ebbed and flowed from what might crudely be termed “left to right”. But defeating the “Jewish” communist movement was the only thing that ever really mattered.

So how do we explain why Hitler often called himself a socialist? It’s a matter of fashion: in the 1920s and 1930s, socialism was the wave of the future and had a massive effect upon the political discourse. Lots of people used the terminology of Marxism without necessarily signing up to it or even understanding it. And plenty of governments spoke of the need to raise living standards, help the poor or even manage the economy – but we wouldn’t call them Marxist. America had its New Deal; Sweden its Social Democracy. The Japanese militarised their entire country, but did so to expand the domain of an emperor that they thought was a living god, which is hardly classic commie behaviour. In Britain, Stanley Baldwin’s government spent millions on a house building programme and set up the state-owned BBC. But Stanley was no Stalin.

Now, libertarians say that they call Hitler a socialist in part to counter Left-wingers calling everyone they don’t like “fascists”. They have a good point and it’s very irritating when the Left does this. But not just because its offensive to equate Iain Duncan Smith with Goebbels: because it’s an abuse of the facts of history. It’s almost impossible for the informed reader to find any equivalence between Hitler and modern politics, but too many people try too often to do so. For instance, whenever atheists insist that he was an example of Catholic/Christian chauvinism they forget his intense hatred of Christianity. And whenever religious conservatives try to make out that he was an atheist, they forget how happy he was to borrow Christian language or to work with clerical collaborators. A classic example of the misuse of Hitler’s record is the gun debate. He did not, as some libertarians say, take away Germany’s guns. That policy started under Weimar and, if anything, it was Hitler who rearmed the populace by arming his henchmen, expanding the army and invading Poland. Hitler liked guns. Really, really liked guns.

Yet the accusation that X or Y is “just like Hitler” remains common. And there are some libertarians who assert that something is only Right-wing if it embraces classical liberalism; while everything that imagines a role for the state in the economy has been historically Left-wing. But Right-wing authoritarianism most certainly exists. Fascism is the violent use of the state to achieve Right-wing objectives: social order, religious chauvinism, the protection of private profit etc. 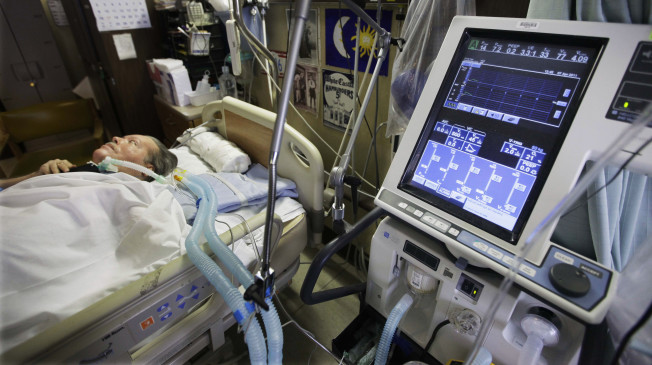