"Look through the current online editions of Indian newspapers and see who is covering the FBI probe of Arizona Congressman Rick Renzi, who cochairs the Congressional Native American Caucus ... read on the web about Renzi and his father's backgrounds in U.S. intelligence and protests of Fort Huachuca, where two priests were arrested in 2006 for their peaceful protest of U.S. torture .. " 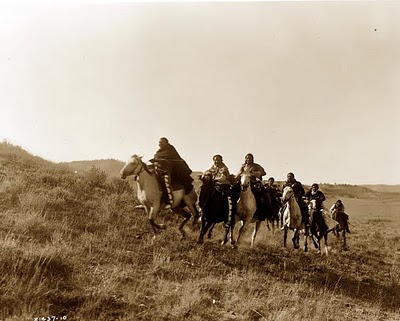 TUCSON, Ariz. -- A decade ago, journalists in Indian country wrote about the failure of the mainstream media to cover Indian issues fairly. In those days, reporters for Indian publications were seldom censored. However, today, there is censorship and a new agenda by corporate media, even in Indian country. The new agenda in Indian news involves censoring the voices of grassroots people and promoting the agenda of the newspaper owners. This includes using the newspaper as a lobbying tool and protecting politicians who might "grease the wheels" of legislation in Washington. Don't take my word for it. Look through the current online editions of Indian newspapers and see who is covering the FBI probe of Arizona Congressman Rick Renzi, who cochairs the Congressional Native American Caucus. Then, look and see who has covered Renzi's copper mine deal, opposed by Yavapais and Apaches. Next, check out the earlier censored article of the Apache protest of Renzi in 2004 (see Censored blog link) which involved Renzi's attempts to dilute environmental laws.

You can also read how Renzi pushed for the Raytheon Missile factory on the Navajo farm, Navajo Agricultural Products Industries near Farmington, N.M., where Navajos grow commercial crops of potatoes and corn, alongside the production of missile parts. The Raytheon/Navajo farm article was censored in 2006. Further, read on the web about Renzi and his father's backgrounds in U.S. intelligence and protests of Fort Huachuca, where two priests were arrested in 2006 for their peaceful protest of U.S. torture. (Search for news articles under http://www.google.com/)

Few Indian publications carried news coverage of Chiquita Brands International when it recently admitted that it paid paramilitaries who murdered human rights activists, union workers and farmers in Colombia. As of today, few Indian newspapers have covered the Pueblos protest of the installation of the statue of Onate in El Paso. The Conquistador, known as "The Butcher" to Pueblos, cut off the feet of their ancestors, while carrying out genocidial terror. Now, in the state of New Mexico, Onate is being honored with a statue. (Although the El Paso Times covered the protest, the article was not available online in the days after the protest.) One of the most profound revelations in the news recently was the exposure of Canada's draft counterinsurgency military manual. The manual named Mohawks with international terrorists and recommended ambushses and assassinations.

Few Indian publications covered the story in the U.S. So far, only one online Indian publication (Pechanga Net) has carried the news of the Zapatistas return to the U.S.-Mexico border and the announcement of the Intercontinental Indigenous Conference. There were no news reporters from American Indian publications present at the news conference on April 22, in Sonora south of the Arizona border, to interview Subcomandante Marcos and the Comandantes from Chiapas. One of the most censored topics in the news media in America is any issue involving Leonard Peltier. This became obvious with the lack of national news coverage of the recent theater production "My Life is My Sundance."

Here is another example of censorship. Louise Benally, Navajo, is resisting forced relocation on Navajo lands at Big Mountain, Ariz., where Peabody Coal attorneys orchestrated the so-called Navajo-Hopi Land Dispute. Louise compared the Long Walk and imprisonment at Bosque Redondo, N.M., in the 1860s to the war in Iraq and the U.S. treatment of women and children in Iraq. The article was censored. Louise's ancestors were among those who witnessed the rapes, murders and starvation of Navajos on the Long Walk and during imprisonment at Fort Sumner. Silencing the word "Genocide" is now U.S. policy, according to Ambassador John Evans who used the word "Genocide," in reference to Armenians and his career collapsed. Unfortunately, the word "Genocide" has also been censored in American Indian media. For the U.S., it is easier to pretend to be the world's champion of human rights than to acknowledge the facts: The colonized United States was created by immigrants who kidnapped and tortured blacks from Africa and forced them into slavery, while carrying out systematic genocide of Indigenous Peoples. In some cases, entire tribes were murdered.

There is also manipulation of the facts. Few news reporters have exposed the real agenda behind the current border-immigration hysteria. As with Iraq, the agenda involves funds for friends of the Bush administration: Halliburton's contract for migrant prisons; war contractors multi-million dollar contracts for security and surveillance systems and Homeland Security's control of sovereign Indian tribal lands along the border. There were even funds for migrant detention centers on Tohono O'odham tribal land, with one detention center already operating and another planned. In this area, migrants, including many Indigenous Peoples from Mexico and Central America, die in need of a drink of water. In this area, it is a crime according to U.S. and Tohono O'odham tribal law, to give a dieing migrant, with their blood flowing from their body, a ride to the hospital. It is a crime, even if the dieing person is a fellow Indigenous person. With the Internet, and blogs like this one, publishing news has become very easy. But the truth is increasingly hard to come by. Unless reporters show up in person and interview regular people, other than politicians, corporations and advertising sponsors, the news becomes a sham and a game. No one knows all of the truth, journalists must depend on the people to tell us the truth. Here's one of the big secrets in America: Corporations lie. They pay press officers large sums of money to make sure they get away with those lies most of the time. To counter this, American Indian activists are now going directly to the stockholders to expose the human rights abuses. They have targeted some of the worst offenders globally: Peabody Coal and Newmont and Barrick gold mining corporations. Further, newspaper editors operate on the assumption that readers are not on to their scams. They distract readers by printing the news that is "safe to print," covering issues that sound good, but lack revelations about real threats to survival, which leave in their aftermath real consequences and controversy. Further, editors assume if the largest media outlets censor the truth, they can control knowledge and ultimately control the future. So, many of us write our blogs and send out the news to listserves, hoping that maybe a little of the truth will still sneak out. --