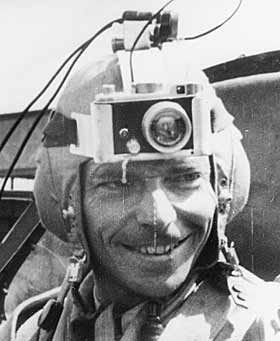 Rudy Opitz, the chief test pilot of one of the most uniquely ambitious programs of the Second World War. died May 1 in Bridgeport, CT at the age of 99. Opitz headed up the testing and eventual deployment of the Me 163 Komet, which still holds the distinction of being the only rocket-powered airplane to enter combat. Opitz was snapped up by the U.S. occupying forces after the war in Operation Paperclip and became a U.S. citizen in 1955. He joined Lycoming to run their jet program but he never lost his love for gliders, which, after seven minutes, the Komet became.

Opitz taught himself to fly in a homemade glider in his birthplace of Silesia, Germany, before he took formal instruction in 1932. In the U.S. he was a glider and soaring instructor and an FAA glider examiner. He was named to the National Soaring Hall of Fame at Elmira, N.Y., in 1994 and FAA Instructor of the Year for New England.