Why Is National Geographic Still Advertising with Glenn Beck? 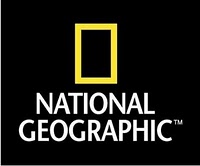 Fox News personality Glenn Beck has been on the radar of progressive groups for some time. In August, the organization Color of Change organized a boycott of his show's advertisers after Beck, known for his incendiary comments, said on Fox News that he believed President Obama was a racist.

Beck has also used inflammatory rhetoric to advocate against the passage of clean energy legislation and to deny climate change, even hosting a 2-hour CNN special in 2007 on global warming, Exposed: The Climate of Fear, that was dominated by climate change doubters and deniers. I asked Karl Frisch, senior fellow with Media Matters for America, a long time Glenn Beck critic, to tell me a little about the history of Beck and environmental issues.

“I hate to use the word history with Glenn Beck because he gets history and science so completely wrong,” said Frisch. “Glenn Beck is one of the leading champions of science denying in the media today. He confuses climate for weather, he misrepresents scientific reports, he routinely hosts climate science deniers and he shows no shame about doing so.

"You have to put that in the proper context of a man that is so consumed with conspiracy theories and malicious style rhetoric that this would be expected. His climate science denial is just an extension of his paranoia that everyone is out to get him and take away his liberty and freedom.”

Still, Beck was mostly just another irritant to the climate activist community — until recently.

This summer, Beck took to the airwaves levying charges of racism and communism against Van Jones, the green jobs advisor with the White House Council on Environmental Quality. Beck also lambasted Jones for signing a petition of the 9/11 Truth Commission. Jones, in addition to being a Yale graduate and a best selling author on the green collar economy, was the co-founder of Color of Change (though he hadn’t been part of the organization since 2007 and was not involved in the recent campaign against Beck) and co-founder of the environmental justice organization Green for All.

After several weeks of attacks by Beck and others, which some think were masterminded by the anti-green jobs group Americans for Prosperity, Jones resigned his White Houses position over Labor Day weekend, bringing environmentalists fully into the fight against Beck and Fox News as his benefactor.

According to Color of Change, since the boycott began, Beck has lost more than 60 advertisers and half the show’s ad revenue along with it, representing $568,000 per week in lost revenue for Fox.

“Companies that have recognizable brands, it’s hard for them not to be accountable at the end of the day to the people who buy their products and services,” says James Rucker, executive director of Color of Change. “Consumers can get advertisers to do what they should do on their own.”

But there remains a list of stalwart supporters that have stuck with Beck. One advertiser in particular is galling to some in the environmental movement: The National Geographic Channel.

Rupert Murdoch’s News Corporation, the parent company of Fox News, is a 50% owner in the National Geographic Channel, so the affiliation makes sense from that perspective, but the other 50% owner, National Geographic Society, is considered a sacred brand by many in the environmental community. In fact, the organization, founded in 1888, states that one of its missions is “Inspiring people to care about the planet”.

The National Geographic Society opted not to give any statement regarding the association between its brand and Beck. But Russell Howard, senior vice president of communications for the National Geographic Channel, sent a statement — similar to one sent to Color of Change — about the channel's advertising choices. Howard would not disclose whether the channel felt any pressure from Color of Change or others to remove its advertising from Beck’s show, though it has twice told Color of Change that it will not do so:

"National Geographic Channel’s advertising messages appear on a cross section of cable and broadcast networks, as determined by various marketing analytics and budgetary considerations. Some ad placements are on networks specifically selected by NGC and others are part of a larger placement that is not network specific or controlled by NGC. Regardless of the mechanics of the ad placement, inclusion or absence of an advertising message should never be construed as a reflection, validation or criticism by NGC of the network’s or specific program’s content."

Morgan Goodwin, of itsgettinghotinhere.org and cofounder of GlennMcCarthyBeck.com doesn’t agree. He believes that the National Geographic brand and others are being compromised by the association with Beck.

“I think Fox's name brand is being tarnished by Beck's slander,” says Goodwin. “He can say whatever he wants, because this is America, but it looks really bad when Fox and the companies that advertise on his show are making money off of [him]. National Geographic Channel is hiding behind its close connection to Rupert Murdoch as an excuse for having their ads air on Beck's show, but there's no excuse for that from a decent organization.”

Frisch agrees, saying that National Geographic’s association with News Corp, and the advertising on Beck’s show that it gets as a result, are all the more reason to pull the ads.

“Everything has a price,” says Frisch. “For National Geographic Channel, it’s their credibility."