So, the evidence that the Republican Party has a major racism problem just keeps mounting. I highlight the sad connections between the Republican Party and white supremacists with what sometimes seems like depressing frequency. The latest example comes, not surprisingly, from Arizona. 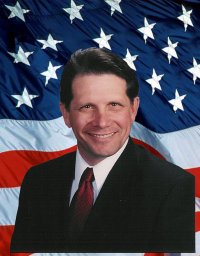 State Senate Majority leader Chuck Gray, supposedly part of the mainstream Republican Party and a major proponent of the recent Arizona racist laws, actually is a follower of Don Black, a white supremacist who has been banned from the UK for his violent, neo-Nazi rhetoric, and Chuck Gray is also a follower of Stormfront, Don Black’s KKK website. I kid you not. A leading Arizona Republican is a follower on Twitter of a KNOWN KKK leader.

Don Black is a Florida-based white supremacist who is deemed so dangerous he’s banned from the UK for inciting hatred. Arizona State Senate Majority leader Chuck Gray—a proponent of the recent immigration bill—follows him on Twitter.

StormfrontWPWW (White Pride Worldwide) is the Twitter account for Stormfront, a racist organization that is the latest project of uber-racist Stephen Donald Black, better known as Don Black. He was a Grand Wizard in the KKK and a member of the American Nazi Party. In 1981 he was convicted and jailed for trying to invade the Dominican Republic with a boatload of weapons, in order to set up some kind of utopian state. (He’s pictured below, at a conference organized by the infamous white supremacist David Duke.) Stormfront.org, the website he set up on his release from jail, is a hate-filled racist forum.

And here is what the Southern Poverty Law Center has to say about Arizona Republican Leader Chuck Gray’s inspiration:

A former Klan state leader and long-time white supremacist, Don Black is best known for creating Stormfront.org, the first major Internet hate site. While the site remains popular in racist circles today, Black came under criticism in 2008 from other white supremacists for toning down its offensive content and for the claimed renunciation of racism made by his wife, Chloe Black, to a reporter.

In His Own Words

“The people that visit Stormfront have a righteous indignation to the Israelization of America. Zionism unbound, that is what goes on in Washington, D.C., these days. … [T]he Jewish people demolish homes abroad and condition peoples minds with the media here in the U.S.A.” — 2004 interview with Impact News

“I remember [the 1950s] quite well, that a lot of people were mad about blacks. They were mad about school integration and black crime… . [B]ut … it was kind of rare to find someone that really, fully understood the Jewish involvement … behind all of this promotion of the destruction of culture and our heritage, the destruction of our schools and our neighborhoods. … [W]ith the Internet — and, I think, with this involvement in the Middle East, American involvement in the Middle East — everything’s changed. I mean, we have to calm down people sometimes on Stormfront about the Jews.” — Stormfront.org radio, 2008

“I get nonstop E-mails and private messages from new people who are mad as hell about the possibility of Obama being elected. White people, for a long time, have thought of our government as being for us, and Obama is the best possible evidence that we’ve lost that. This is scaring a lot of people who maybe never considered themselves racists, and it’s bringing them over to our side.” — 2008 interview with The Washington Post

“[I]f Obama wins, then Americans, white Americans, are really going to realize where they stand. It’ll be demoralizing for a lot of our people, and also white people throughout the world, to have the world’s greatest military power headed up by a black.” — Stormfront.org radio, 2008

On April 27, 1981, Black and nine other white supremacists were arrested as they prepared to board a yacht stocked with weapons and ammunition to invade the Caribbean island of Dominica and take over its government. Black served three years in federal prison for his role in the invasion plot and for his violation of the Neutrality Act.

In 1987, Black, along with Klan leader David Duke, was reportedly charged with reckless conduct and for illegally blocking a state highway in Forsyth County, Ga., where they had traveled to take advantage of simmering racial tensions.

Going back to high school, Don Black has always been one of the more enthusiastic proponents of white power. One of his first forays into the organized movement was in the 1970s, when he volunteered for the late white supremacist J.B. Stoner’s unsuccessful run for governor of Georgia. He stayed with the campaign until Stoner’s campaign manager, Jerry Ray, the brother of Martin Luther King Jr. assassin James Earl Ray, shot Black in the chest. The shooting apparently stemmed from accusations that Black had broken into Stoner’s office to steal a mailing list for the National Socialist White People’s Party.

After recovering, Black went on to join the Knights of the Ku Klux Klan, the group headed by David Duke in the 1970s. Working on Duke’s unsuccessful campaign for Louisiana state Senate, Black won Duke’s trust, moving up to become his mentor’s right-hand man in addition to his post as Alabama grand dragon, or state leader. When Duke left the group amid allegations that he’d tried to sell its membership list to another Klan group for $35,000, Black took over. Later, in the 1970s, according to The Crusader, a KKK newspaper, Black sponsored marches in defense of Robert Chambliss, who stood accused (and was later convicted) of the 1963 church bombing that killed four black girls in Birmingham, Ala. Not long after, Black got into trouble himself. In 1981, he and nine other white supremacists were arrested as they prepared to board a yacht with which they intended to invade the tiny Caribbean island of Dominica, oust its black-run government, and transform it into a “white state.” Black’s resulting three-year federal prison sentence was time well spent. He took classes in computer programming that would provide the basis for his future.

Not long after his release, Black launched an unsuccessful campaign for a U.S. Senate seat from Alabama. He wound up marrying Duke’s ex-wife, Chloe Hardin, and moving to West Palm Beach, Fla. Once there, he began dabbling with his computer, eventually setting up a dial-up bulletin board service for the radical right. By March 1995, that service evolved into Stormfront.org, the Net’s first ever and best-known American hate site.

Black saw clearly that with this new technology, white supremacists might finally bypass the mainstream media and political apparatus, getting their message out to people who otherwise would never hear it. And he realized the importance of the fact that people who now could read about white supremacist ideas in the privacy of their own homes without fear of embarrassment or reproach. “The potential of the Net for organizations and movements such as ours is enormous,” Black told a reporter in 1996. “We’re reaching tens of thousands of people who never before had access to our point of view.”

The results have been fairly spectacular. In January 2002, Stormfront had a mere 5,000 members. A year later, membership reached 11,000; and a year after that, in early 2004, it had 23,000. By 2008, membership hit about 133,000 registered users, though the majority were inactive. These numbers don’t include the large numbers who simply read Stormfront postings without actually joining up (becoming a member allows one to post messages and also to view personal information posted by other members).

One of Stormfront’s main attractions is that it provides forums for so called “white nationalists” to post articles, engage in forum discussions, and share news of upcoming racist events. Below the Stormfront motto, “White Pride World Wide,” are links to racially charged news stories like “Mestizo Rapes White Woman in Elevator” and “Negro Man Stabs Elderly Woman, Shoots Detective, Negroes Screaming ‘Police Brutality.” Stormfront’s various forums can also contain threads like “What do you want done with the Jews?,” “Aryan Storm Rising,” and “To Hate or Not to Hate.” But one thing you won’t normally find on Stormfront today, unlike in its early years, are racial slurs. In fact, new members are explicitly warned not to use such language, and also not to post violent threats or anything describing illegal activity. It’s not that Stormfront is about moderation. The talk is all about the evils of African Americans, homosexuals, non-white immigrants, and, above all, Jews, who are blamed for most of what’s wrong in the world. But Black clearly has modeled his site on some of the tactics used by David Duke, who famously urged his Klan followers to “get out of the cow pasture and into hotel meeting rooms.” As Black once told a reporter, “We don’t use the ‘nigger, nigger’ type of approaches.”

Duke and Black have remained close over the years. In 2004, Black was on hand to celebrate the end of Duke’s one-and-a-half year federal prison term (for mail fraud and misstating his income taxes) at a New Orleans event put on by Duke’s European-American Unity and Rights Organization (EURO). Black signed on to Duke’s “New Orleans Protocol,” a set of principles “pledging adherents to a pan-European outlook.” More recently, Duke has been a regular on Black’s Stormfront.org Radio, an Internet radio program that features white supremacists.

In 2008, Black made the news when the Intelligence Report reported that his wife Chloe worked for Emilia Fanjul, wife of sugar baron Jose “Pepe” Fanjul, as an executive assistant. Part of Chloe’s duties involved serving as a publicist for Glades Academy, a charter school created by Emilia Fanjul to help poor minority children. Despite having attended an event put on by the white supremacist Council of Conservative Citizens a month earlier, Chloe Black told the Palm Beach Post, “I am not involved with the website [Stormfront] and do not agree with extremist or racially prejudiced views.” The Post, based on information supplied by the Southern Poverty Law Center, also reported that Don Black had recently toned down Stormfront, banning many symbols of Nazism that formerly were common on the site, including swastikas and SS lightning bolts, and getting rid of particularly offensive terms, including “nigger.” White supremacists were not happy. In racist Web forums, they ripped both Don and Chloe, denouncing them for caring more about money than their beliefs.

The 2008 presidential election gave Stormfront a lift. Don Black boasted on the site he was seeing six times the usual web traffic because of a possible Obama win. “There are a lot of angry White people out there looking for answers,” he wrote. “Let’s show them. We will not be defeated.”

In 2009, the BBC reported that five American right-wing extremists were among 16 individuals banned from entering the United Kingdom for reasons of “fostering extremism or hatred.” Black was one of those banned. According to the U.K. Home Office (the lead U.K. government department for immigration and passports), Black was banned for “promoting serious criminal activity and fostering hatred that might lead to inter-community violence in the UK.”

Let me reiterate: The LEADER of the Republican Arizona Senate is a FOLLOWER of a former KKK Grand Wizard. This is sick, sick sick! And this is part of the origin of the current racist Arizona laws. RACISM is a major part of Republican policy these days and it is disgusting!

Previous Article
Spinning Public Funds into Private Profit – Four Case Studies in Conflict of Interest by University of California Regents
Next Article
Racial Segregation in Washington D.C. and Other Cities 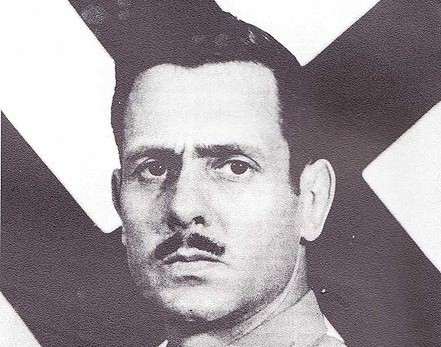 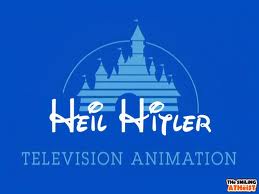 Racial Segregation in Washington D.C. and Other Cities
Sep 28