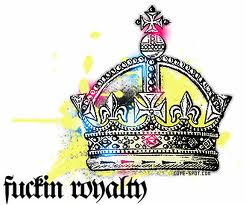 While most of us Virginians don't feel we have a tight grip of control over our national government, Virginia's Koch Royalty have a very different perspective. While many states are completely unrepresented at the Koch Brothers' gatherings that determine the agenda for moneyed interests in our politics each year, Virginia has a major presence, more than any other state, and that's not counting the sizeable contingent from across the Potomac in Washington, D.C. Here's the full list.

Two dozen Virginians are members of the House of Lords. Here's the Virginia list in more detail, starting with those near Washington who tend to be professional rightwing advocates, and working our way out to the further reaches of the state where the royalty tend to be people who are just filthy rich.

Whitney Ball of Alexandria, an advocate for less government with more religion in it, and the president of a foundation that funnels money to those causes. Here's her bio.

Ramesh Ponnuru of Alexandria, a rightwing pontificator for the National Review, Politico, Time, Washington Post, etc., who seems to frighten even "conservatives." Here's his bio.

Steve Moore of Falls Church, Founder of the Club for Growth and member of the Wall Street Journal 's editorial board. Here's his bio.

Karl Crow of Arlington, who must be a Duke or a Bishop. He actually works for Charles Koch. Here's his bio.

Veronique de Rugy of Arlington. She works for the Mercatus Center at George Mason University which was founded by a former president of Koch Family Foundations and is funded by the Kochs. It pushes rightwing views. De Rugy has worked for the American Enterprise Institute and the Cato Institute as well. Here's her bio.

Richard Fink of Centreville. He's a founder and a member of the board of directors at Mercatus and also works for Koch. Here's his bio.

Gretchen Hamel of Arlington, former top communications official for President George W. Bush's trade policy. She recently launched a new organization to help dismantle anything useful the government does. She doesn't say who funds her group, but I have a guess. Here's more info on her. Here's Hamel's auto-bio.

Mark Mix of Springfield, President of the National Right to Work Legal Defense Foundation, a group that advocates against the right to unionize. Here's his bio.

Kurt and Nancy Pfotenhauer of Oakton. Here's how they're described in the Washington Monthly as one of Washington's "Sizzlingest Power Couples": "Kurt Pfotenhauer senior vice president, Mortgage Bankers Association; Nancy Pfotenhauer conservative activist. He's a former chief of staff to Sen. Gordon Smith (R-Ore.). At the age of 24, she served on President George H. W. Bush's transition team, and was appointed by the current president as a delegate to the United Nations Commission on the Status of Women. She is a director emerita of the Independent Women's Forum, an antifeminist organization funded by conservative philanthropist Richard Mellon Scaife. In 2004, Washingtonian magazine named her one of the city's most important conservative leaders." In 2008 Kurt became CEO of ALTA (American Land Title Association). Nancy comes out of George Mason University and has worked for Koch for years, pushing for more oil drilling and pollution, and serving as a top advisor to candidate John McCain while Kurt lobbied for bankster bailouts. More info.

Tim Phillips of Leesburg. He's president of Americans for Prosperity, an astroturf frontgroup set up by Koch and Fink to provide a veneer of "populism" to the promotion of the same agenda the rest of these people are paid to promote. Here's his bio.

Rick and Sherry Sharp of Richmond. Rick has been president and CEO of Circuit City Stores, chairman of CROCS, and of Foam Creations Inc., co-founder and chairman of CarMax Inc., as well as of Flextronics International Ltd., and of Maxjet Airways, Inc. Here's his bio.

Richard and Leslie Gilliam of Keswick. Richard has been President of Cumberland Resources Corporation since 1993, which makes money mining for coal while violating safety laws, resulting in the death of miners.

Manley and Mary Johnson of Upperville. Manuel H. "Manley" Johnson served as the vice chairman of the Board of Governors of the Federal Reserve System in the mid-1980s. Since 1990, he has been co-chairman and senior partner at Johnson Smick International, Inc., an investments, economic, and political consulting firm. Here's his bio.

Merritt Johnson of Upperville. She is single and a Virgo and likes fast cars according to her MySpace page. Her motto is "Anything worth doing is worth getting hurt for." Presumably she's a daughter of Manley and Mary.

Marshall Johnson of Upperville is presumably another sibling.

And, finally, Ken Crutchfield of Abingdon is another coal baron.

If you learn anything more about these people, please post it here: http://davidswanson.org/koch