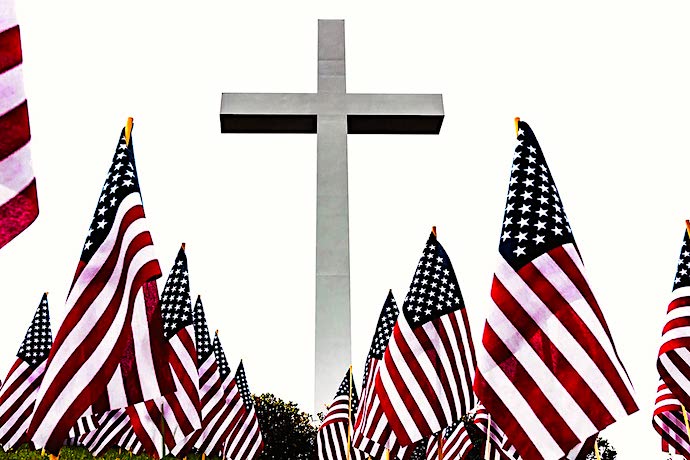 On December 1, 2021, the Frederick S. Pardee Center for the Study of the Longer-Range Future‘s International History Institute and the Boston University ilachand Honor College hosted Charles Gallaher, Associate Professor at Boston Collee, as he discussed his new book Nazis of Copley Square: The Forgotten Story of the Christian Front.

In his talk, Gallagher explained how prior to the United States’ entry into World War II, Nazi Germany ran a large, well-organized covert action to keep the U.S. from intervening on the side of the Allies. From the Nazi consulate on Beacon Street in Boston, Schutzstaffel (SS) officer Herbert Scholz recruited and then provided resources and guidance to Francis Moran, the Irish-American leader of the Boston chapter of the Christian Front, an advocacy group comprised primarily of Irish Catholics who advocated against U.S. intervention in the war. In Moran, the Nazis found their ideal spy and agent of influence– a skilled organizer, devout Catholic, and articulate public speaker, who spoke German.

Gallagher noted that, despite extensive surveillance of the Christian Front and the German consulate by law enforcement, including the FBI, the U.S. government never realized that Moran was a Nazi agent nor did they realize Scholz’s true mission in Boston. Moreover, as he made clear, British intelligence launched its own largely successfully covert action to counter the Front. The British provided extensive resources through cut-outs to Frances Sweeney, an Irish American human rights advocate, who organized a successful campaign to take on Moran’s Christian Front. In Gallagher’s view, Sweeney herself was not witting of the British role in funding her efforts and thought the money came from Americans appalled at the pro-Nazi, anti-Semitic nature of the Front.

John D. Woodward Jr., Professor of the Practice of International Relations at the Frederick S. Pardee School of Global Studies and a former CIA officer, commented on the significance of Gallagher’s work, stating, “in terms of intelligence studies, Professor Gallagher has done ground-breaking work. He is the first scholar to document the leading role Nazi intelligence and specifically, SS officer Herbert Scholz, played in organizing and supporting covert action in Boston.”

I have been doing research on espionage in the US prior to the US entry into WWII. I am interested in what happened to Dr. Herbert Scholz who was the German Secretary to the Ambassador (Herr Hans Luther) from 1936-1940 in Washington, DC.

Scholz was the number two person in the German Embassy in Washington under Ambassador Hans Luther, former head of the Reichsbank. Newspapers indicate Scholz was the Gestapo person in the embassy and he was a follower of Himmler and Heydrich. He later became consul at in Boston setting up an espionage network until they were deported out of the US at the start of WWII. He was appointed Consul to the Boston Consular office until deported in 1941 when all these offices were closed.\

I am interested if information is available as follow: “that from 1945 on, the US had control of the Berlin Document Center, which was the repository for all SS, Gestapo and SD personnel files. In addition, CROWCASS (Central Registry of War Crimes and Security Suspects) files contained the names of suspected or wanted war criminals.” Is this information readily available.

I am not sure if the information above all refers to the same individual.

The Washington Post indicates he was arrested in 1946 hiding. I am interested in what happened to him during the war and after the war.

Also interested in what happened to his wife Liselotte "Lilo" Scholz, daughter of Nuremberg War criminal George von Schnitzler of the IG Farben Co. Lisellotte Scholz according to newspapers in the late 1930’s was a popular social guest in Washington and served as a connection to important people for her husband. One book from the time period indicates she was a favorite of Hitler in the early and mid 1930’s. This seems likely due to her fathers support of Hitler during that time period.