"... The recruitment of the men responsible for atrocities committed under Hitler to fight the Cold War resulted in serious breaches of U.S. security, as well as extremely inhumane treatment of American soldiers, similar to that of concentration camp prisoners. ..."

“All men having power ought to be distrusted to a certain degree.” -- James Madison 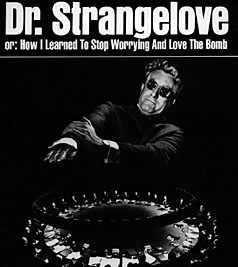 After a lawsuit and pressure from private interest groups, the Justice Department finally released a 617-page report detailing how the American government not only welcomed but employed Nazis after World War II. Although this might appear to be ancient history, this report is perhaps more relevant to our age than it might seem. After all, if our benevolent government leaders--part of the so-called “greatest generation”--brought Nazis home to roost back then and enlisted them in subjecting Americans to all manner of experiments, what are they capable of doing to us now?

Take Project Paperclip, for example. Few have heard of it because the U.S. government has successfully concealed most of the facts surrounding the project. The government has passed it off as a short-term operation limited to an innocent investigation of Germany’s scientists after World War II. In reality, Project Paperclip was the largest and longest-running operation involving Nazis in the history of the United States, and its effects are still being felt today.

At the close of World War II, U.S. officials and the Allied countries discovered that Germany had achieved a technological superiority far beyond what they had imagined. In Nazi Germany, 20,000 scientists had revolutionized the weapons of war, and reports written by Allied investigators described the Germans’ “astonishing achievement” and “superb inventions.” In order to learn about the new German technology and weaponry, Russia, France, Great Britain and the United States began transporting German experts to their respective countries for interrogation. The Cold War was just beginning, and U.S. officials were determined to use any means necessary to keep the scientists responsible for Germany’s scientific supremacy out of Russian hands. At the same time, they aimed to acquire a technological lead against Russia. Thus, the United States began recruiting Nazi scientists.

In 1945, President Harry S. Truman authorized Project Paperclip, a program designed to bring selected German scientists to work for the United States during the Cold War. However, Truman expressly forbade anyone found to have been “a member of the Nazi party and more than a nominal participant in its activities, or an active supporter of Nazism.” The War Department’s Joint Intelligence Objectives Agency (JIOA) was to conduct background investigations of the scientists, to be approved by the State Department.

Against Truman’s orders, however, the JIOA, Army intelligence and the CIA concealed incriminating information about the Germans they were hiring. Many of the 1,600 scientific and research specialists and their dependents brought to America under Project Paperclip had been deeply involved in Nazi society during the war. However, some U.S. officials, determined to recruit these men, sidestepped the problem of their Nazi backgrounds by “cleansing” and re-writing their information files to eliminate incriminating evidence. As a way of identifying the German scientists, American officials put an ordinary paperclip on their personnel files--thus the origin of the operation’s name.

While official American policy after the war was to prosecute war criminals for the atrocities committed under Adolf Hitler, many sectors of the U.S. government concealed incriminating evidence in order to bring these individuals into the U.S.

For example, Wernher von Braun was described in early security evaluations as “a serious potential security threat.” He had been a member of the SS and risen to the rank of major under Hitler. From 1937 to 1945, he was the technical director of the Peenemunde rocket research center in Germany, where the V-2 rocket was developed. When von Braun was brought to the United States in 1948, his file was re-written: “No derogatory information is available on the subject. He does not constitute a security threat to the United States.” Von Braun worked on guided missiles for the U.S. Army and later became director of NASA’s Marshall Space Flight Center. In 1970, he became NASA’s associate administrator.

Arthur Rudolf was operations director of the Mittelwerk factory at the Dora-Nordhausen concentration camps, where, according to Tom Bower in The Paperclip Conspiracy, 20,000 workers died from beatings, hangings and starvation. A member of the Nazi Party since 1931, Rudolf’s 1945 security evaluation read: “100% Nazi, dangerous type, security threat.” However, when the JIOA took an interest in Rudolf’s scientific work, it changed his dossier to read: “Nothing in his records indicating that he was a war criminal or an ardent Nazi.” As a result, Rudolf became a U.S. citizen. He later designed the Saturn 5 rocket used in the Apollo moon landing and received NASA’s highest award, the Distinguished Service Medal. He remained in the United States until 1984, when an investigation of his war record finally began and he fled to Germany.

Kurt Blome, a high-ranking Nazi scientist, told U.S. interrogators in 1945 that he had experimented with plague vaccines on concentration camp prisoners. He was tried in the Nuremberg War Trials--but acquitted--on charges of extermination of sick prisoners and conducting experiments on humans. Only two months after the trial, he was interviewed at Camp David, Md., about his scientific expertise. His file showed no record of his Nuremberg trial. Blome was hired by the U.S. Army Chemical Corps to work on chemical and biological warfare.

Hermann Becker-Freyseng was convicted at Nuremberg and sentenced to 20 years in prison for conducting experiments on Dachau concentration camp inmates, including starving them and force-feeding them chemically altered seawater. Before the trial, however, he was paid by the Army Air Force to write reports about his inhumane experiments. 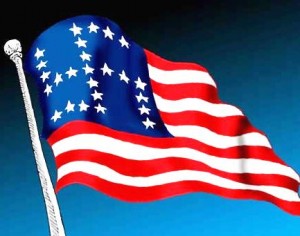 Georg Rikhey worked for the JIOA at Wright Field from 1946 until his arrest a year later for Nazi war crimes. During the war, Rikhey headed the slave labor factory Mittelwerk at the Dora concentration camps. Among other atrocities, there are reports that Rikhey had numerous slave laborers hung from a crane to die slowly in public view. During his time in the United States, Rikhey’s job was to translate 42 boxes of Mittelwerk documents shipped from Normandy--the very documents a U.S. Army war crimes unit sought to use as evidence of Rikhey’s own crimes.

Defenders of Project Paperclip cite achievements such as the moon rockets and jet planes as positive products of postwar research in our country. But what Paperclip’s defenders fail to mention is the shockingly inhumane psychochemical experimentation conducted on over 7,000 U.S. soldiers under the project.

Edgewood Arsenal, located near Baltimore, Md., is the most secret military base in the country. Paperclip scientists worked there between 1947 and 1966 conducting experiments on American citizens. Initially, their main efforts were to test the poison gases that had been invented by the Nazis during the war. Soon, the testing turned to LSD and other mind-control agents. Nazi science that was reminiscent of concentration camp experimentation was used as the basis for research in the United States on Americans.

MKULTRA, for example, is the name of the mind control experiments conducted on U.S. soldiers under Project Paperclip. Reviewing the experiments in the late 1950s, one CIA auditor wrote of them: “Precautions must be taken not only to protect operations from exposure to enemy forces but also to conceal these activities from the American public in general. The knowledge that the agency is engaging in unethical and illicit activities would have serious repercussions.”

Master Sergeant James Stanley, for one, remembers being locked in an isolated room with barred windows, padded walls and furniture bolted to the floor. A doctor instructed him to drink a glass of clear liquid containing LSD, telling him it was water. An hour later, Stanley’s head filled with terrifying visions and he became violently ill. 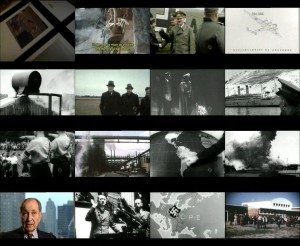 In 1992, the highly respected physician Dr. D.C. Hammond gave a lecture at the Conference on Abuse and Multiple Personality. In his discussion of horrifying brainwashing methods being used in the same way all over the country, he notes its beginning:

Here’s where it appears to have come from. At the end of World War II, before it even ended, Allen Dulles and people from our Intelligence Community were already in Switzerland making contact to get out Nazi scientists. As World War II ends, they not only get out rocket scientists, but they also get out some Nazi doctors who have been doing mind-control research in the camps. They brought them to the United States.

The recruitment of the men responsible for atrocities committed under Hitler to fight the Cold War resulted in serious breaches of U.S. security, as well as extremely inhumane treatment of American soldiers, similar to that of concentration camp prisoners. On the security level, as Linda Hunt writes in Secret Agenda:

In direct defiance of President Truman’s policy, the Paperclip masterminds brazenly had the German scientists’ records changed to expunge evidence of war crimes and ardent Nazism and secure permanent immigration status for them in the U.S. Ostensibly that was done in the interest of national security. Once here, however, the scientists were given access to classified information that revealed the inner-most workings of our defense system. As a result, it was not long before the very people brought here to ensure our security had themselves become a security risk. Eventually some of the scientists took advantage of security lapses and left the country with classified material. German specialist Heinz Gartmann, for example, left Wright Field air base with turbojet rocket engine blueprints in his hand luggage. The full extent of the damage from incidents like that is still unknown.

Even worse, on a moral level, Nazis went unpunished and federal law was violated. Worst of all, as Linda Hunt has documented, Nazi attitudes toward research on human subjects were imported and adopted by various U.S. officials. “The Machiavellian attitude behind these operations was born when a World War II ally became a new enemy and the world axis shifted…[but] no matter how necessary intelligence activities may be, they cannot be allowed to operate unchecked, in secrecy and darkness, shielded from the democratic process of accountability. Otherwise, in the end we become our own worst enemy.”