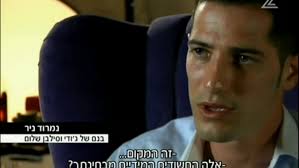 Twenty-five years after a famed Israeli counterterrorism operator died in a mysterious plane crash in Mexico, his son alleged on Friday that the death was an assassination, and pointed the finger of blame at the United States.

Amiram Nir was the counterterrorism adviser to former Israeli prime ministers Shimon Peres and Yitzhak Shamir in the 1980s, and played a key role in the Iran-Contra affair, a political scandal which involved officials in the Reagan administration secretly facilitating the sale of arms to Iran, including by Israel, in breach of an embargo. Nir died in late 1988 in a plane crash in Mexico.

Nimrod Nir, Amiram’s son, told Israel’s Channel 2 news on Friday night (Hebrew) that he has spent the last few years investigating his father’s death, and concluded that the plane crash was no accident. Nimrod Nir said he believed his father had been assassinated by someone who didn’t want him to tell the truth. Asked by the interviewer whether he thought responsibility for the killing reached the level of “candidates for the US presidency… Are those the immediate suspects from your point of view?” he replied, “Absolutely.”

The TV report featured a lengthy clip of George H.W. Bush being interviewed by Dan Rather over what he knew of the Iran-Contra scandal, including over his presence during a visit to Israel in meetings with Amiram Nir. Bush had denied all knowledge of Iran-Contra during the 1988 presidential campaign.

“Nir had briefed Bush” about Iran-Contra, the Israeli journalist and author Ronen Bergman wrote in a 2008 book, “The Secret War with Iran. “Nir could have implicated the incoming president. The fact that Nir was killed in a mysterious chartered airplane crash in Mexico,” Bergman went on, “has given rise to numerous conspiracy theories.”

In the years after Amiram Nir’s death, a “systematic series” of burglaries took place in the homes and offices of people connected to Iran-Contra, including the home of Nir’s widow, Bergman wrote in the book. “To this day it is not clear if Amiram Nir was murdered,” Bergman wrote, “and if he was, by whom.”

Nimrod Nir’s mother, Amiram’s widow Judy, went on to marry leading Israeli politician Silvan Shalom, who is the minister of energy in the current Israeli government. Shalom was considering a run for the post of Israeli president, to be chosen on June 10, but opted not to submit his candidacy after a series of unproven allegations of sexual misconduct were leveled against him in recent weeks.

Shalom adopted Nimrod as his son, and Nimrod was being interviewed Friday mainly about the trauma the unsubstantiated allegations against Shalom had caused the family, when the interview veered off onto the subject of Amiram Nir’s death. Putting the smear campaign against his adoptive father Shalom, widely described in the Israeli media as a “political assassination,” into context, Nimrod Nir told the interviewer, “Once there really were political assassinations.”

In a related feature last year, documenting a curious 1986 meeting between Amiram Nir and Iran’s President Hassan Rouhani, The Times of Israel’s Mitch Ginsburg noted: “On November 30, 1988, Amiram Nir boarded a one-engine Cessna T-210 on a flight from Uruapan, Mexico, to Mexico City. He was said to have been in the country on avocado business. The plane went down in the mountains, on a clear day, and Nir was pronounced dead.

“Much speculation has revolved around the possibility of foul play in that death, as Nir could personally attest to the fact that very senior US officials knew the details of the Iran-Contra Affair. Adriana Stanton, Nir’s traveling partner, who also boarded the plane under an alias, told Channel 10′s HaMakor program in 2009 that she saw Nir alive and well after the crash.”

A former journalist and battalion commander in the armored corps, Amiram Nir is buried in the Kiryat Shaul cemetery in Tel Aviv.