This short JTA article from 1948 is just begging for a researcher to write a book or two:

“ROME (Feb. 20) — Arab agents are today recruiting mercenaries to fight against the Jews in Palestine from among the Yugoslav Ustashi and Chetniks and the Ukrainians, Albanians, Circassians (former inhabitants of the northwestern area of the Caucasus) and other groups here who were on Hitler’s side during the war, and are now under the care of the International Refugee Organization.

“Able-bodied men, both inside and outside the I.R.O. camps, who are between 22 and 32 years of age, and who accept the Arab terms of payment –- their fares to the Middle East and maintenance of their families in exchange for their pledge to serve in the Arab forces for at least one year–are being given visas by the governments of Egypt, Syria and Transjordan. Where the mercenaries are of Moslem origin they are being officially resettled by formal negotiations between the governments concerned and the I.R.O. which, however, disclaims any knowledge of what use the individuals are put to on arriving in the Middle East.”

So the Arab nations did once want to accept and naturalize refugees – as long as they shared Hitler’s goals for the Jews. 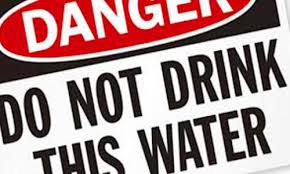