Iran Contra: Who was Dick Stoltz? - The Constantine Report
0 SHARES

Dick Stolz, who has died aged 86, was the spymaster-in-chief for America’s Central Intelligence Agency at a time of dramatic geopolitical change. 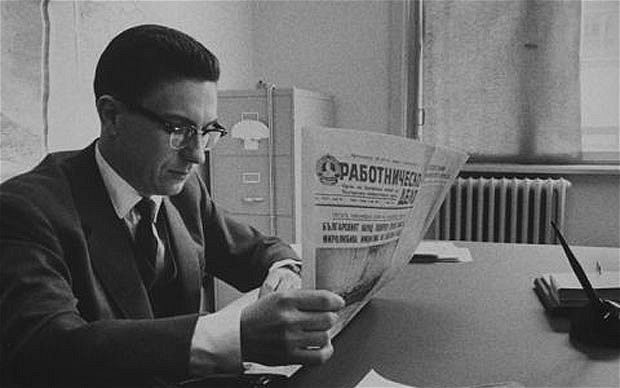 His appointment as deputy director of operations, the official in charge of clandestine intelligence activities abroad, came in 1987, when he was coaxed out of premature retirement in the wake of the Iran-Contra affair, which had exposed illegal American arms sales to Iran and the military resupply of the Nicaraguan Contras. By then Stolz had spent six years out of the spying game, a break that insulated him from the taint of the scandal and made his selection more palatable to the CIA’s overseers on the House and Senate Intelligence committees.

His spell in charge was quickly overtaken by the fall of the Berlin Wall. “We’re sort of shaking our heads and saying: 'Can you imagine? The Cold War is over,’” Thomas Twetten, Stolz’s deputy, told The New York Times. Yet even as the geopolitical map changed, Stolz – himself a career Cold Warrior – was quick to recognise new potential threats and realign the agency’s posture to promote counter-terrorism and counter-narcotics operations.

His career undercover had begun in 1950, and seen him serve in Cold War flashpoints in Eastern Europe. He was chief of station in Moscow in 1965 when the Soviet Union threw him out of Russia, but that did not prevent his eventual promotion to chief of Soviet operations in the mid-1970s.

During his period abroad he was admired at home as one of the agency’s most effective covert officers — or, in the words of one of his predecessors, “a spy’s spy”. As Senator Patrick Leahy, a former member of the Senate Select Committee on Intelligence, observed in a retirement tribute to Stolz in 1991: “There is nothing 'cowboy’ about Dick. He epitomises the careful, calm intelligence operator.”

In 1981 Stolz was serving as station chief in London, handling liaison with British intelligence agencies, when President Ronald Reagan appointed William Casey to be director of the CIA. Casey immediately offered Stolz a job in Washington assisting his deputy, Max Hugel. The plan was that Stolz would run intelligence collection, while Hugel would run covert actions.

But Stolz balked at the prospect of working with Hugel, a businessman with no previous intelligence experience. He refused the job and took early retirement from the agency at the age of 56, taking with him the Distinguished Intelligence Medal, the CIA’s highest honour, and setting up in business as a private consultant on national security.

He was persuaded to return by a former FBI director and federal judge, William Webster, who was appointed by Reagan to take over the CIA in 1987. “I wanted risk-takers but not risk-seekers,” Webster explained. “We did a lot of dangerous things and took a lot of risks. But we did it within the framework of our authority.” Stolz resumed work with a bang. Apart from refocusing the agency on new threats, he established the Agent Validation Programme, known as “scrubbing”, which led to a record number of agents being moved or sacked for ineffectiveness or unreliability.

Richard Fallis Stolz Jr was born on November 27 1925 in Dayton, Ohio, but grew up in New Jersey, graduating from Summit High School in 1943. As an infantryman with the 398th Regiment of the 100th Division of the US Army, he saw wartime action in France and the Rhineland.

In 1949 he graduated from Amherst College, Massachusetts, and the following year joined the CIA, specialising in Soviet operations. Posted to Italy, West Germany, Turkey and Bulgaria during the Cold War, Stolz also served in Belgrade before becoming chief of the Soviet and then European divisions of the operations directorate.

Stolz had been picked for the post of deputy operations director in 1977, when Stansfield Turner, CIA director under President Jimmy Carter, gave the job to John McMahon. “I flipped a coin,” Turner explained in an interview, “and ended up giving Stolz an equally important job in the operations directorate that I can’t talk about.”

Although Stolz maintained a mostly low profile, in 1988 some remarks he made in a closed meeting with US senators were reported in the American media after he was questioned about CIA interrogation protocols when dealing with terrorist suspects.

While Stolz volunteered little, and parried questions with terse answers, he did enumerate several techniques that he described as coercive but falling short of the definition of torture: forcing the subject to stand at attention or sit on an uncomfortable stool for long periods of time, sleep and sound deprivation, isolation and climate changes.

“What about giving a captive bad food?” one senator asked.

Corrected, he answered: “Bland food, perhaps. But not bad food.”

Following his final retirement in 1990 Stolz was awarded a second Distinguished Intelligence Medal. President George HW Bush presented him with the National Security Medal for distinguished achievement in the field of intelligence.

Dick Stolz is survived by his wife of 62 years, the former Betty Elder, and their daughter and two sons.