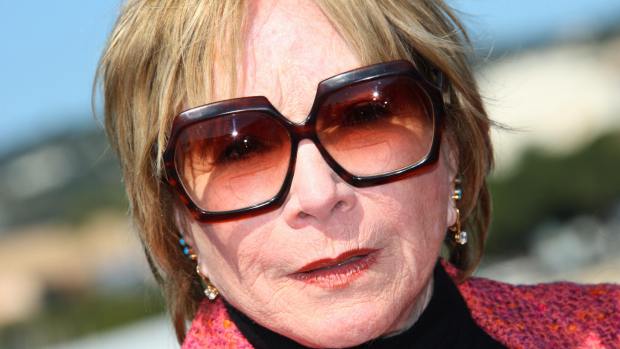 NEW YORK (CBSNewYork) — Actress Shirley MacLaine was castigated Tuesday for comments she wrote about the Holocaust.

As CBS2’s Dana Tyler reported, MacLaine questions whether what happened to millions of Holocaust victims was “karma.”

The six-time Oscar nominee appeared on television during the Academy Awards just this past Sunday. But all is not glitter and glamor for MacLaine, 80, who was heavily criticized for the comments in her memoir, titled “What If?”

She wrote: “What if most Holocaust victims were balancing their karma from ages before…. The energy of killing is endless and will be experienced by the killer and the killee.”

Rabbi Abraham Cooper, the associate dean of the Simon Wiesenthal Center, was not impressed.

“I think she made a terrible error,” Cooper said. “I think she’s wrong.”

Cooper said MacLaine’s understanding of karma is flawed, and nothing justifies the Holocaust.

“Whenever anyone comes forward with a sort of one-size-fits-all explanation about it, I think the alarm bells go off,” Cooper said.

MacLaine’s film career dates back 60 years and who has shared the screen with fellow Hollywood icons, but she won her only Oscar in 1984 for “Terms of in Endearment.”

Along with her continuing film and TV career, MacLaine has written 13 books. She also has a long history of sharing her opinions as an activist, and a strong believer in what many see as the supernatural – including reincarnation and alien life.

No stranger to controversy, MacLaine spoke with Oprah Winfrey last year about why the ideas motivate her.

“Things that happen that we don’t really want to grapple with,” MacLaine said. “It’s an inspiration to try to figure out what’s going on here.”

Neither MacLaine nor her representatives have commented.