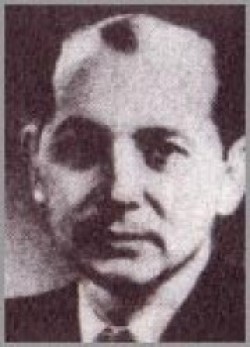 MOSCOW, March 18 (RIA Novosti) – A former Nazi officer and one of the most successful undercover Soviet agents in West Germany during the Cold War turned 90 on Tuesday.

In 1951, Felfe was transferred to the Gehlen Organization, West Germany’s intelligence agency, led by former Nazi general Reinhard Gehlen. The organization was sponsored by the CIA, which gave him access to data on U.S. intelligence operations in Eastern Europe.

Felfe was put in charge of counter-intelligence against the Soviets in 1955. The position gave him access to vital information, and he was able to cause damage to most counter-espionage operations against Soviet agents, preventing arrests and attempted surveillance.

Former Nazi officers were often hired for spying purposes by both sides of the Cold War divide. The criminal records of some of them were used to entice them into collaboration, whereas others agreed due to political sympathies.

Born in Dresden in 1918, Felfe is known to have been bitter about the firebombing of the city by Allied Forces in 1945.

“Felfe is one of a myriad of people who willingly helped the Soviet intelligence service, supplying it with crucial political, military, scientific and operational information and regarding this as their moral duty,” the Foreign Intelligence Service said.

Felfe was arrested in 1961 and tried in 1963. In 1969, he was released to East Germany in exchange for several West German spies. The ex-KGB spy now lives in Germany and has published his memoirs.