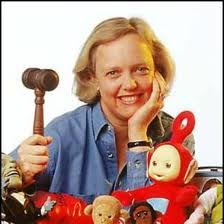 SACRAMENTO — Welfare advocates are criticizing Meg Whitman for ratcheting up her rhetoric against welfare recipients as she rails against waste, fraud and abuse in state government.

In a one-minute radio ad that Whitman recently began airing, she touts her plan to create a statewide grand jury to root out waste, fraud and abuse, promising to send to jail anyone “caught robbing the taxpayers.”

She mentions a state Legislative Analyst’s report that found that 150 staffers in the Department of Education are working on programs that it no longer administers, and $3.4 million spent by CalTrans on a single rest stop on Interstate 80.

And then she lays into the meat of her ad: alleged welfare fraud.

“Welfare recipients were caught using cash benefit ATM cards in gambling casinos,” she says in the ad. “There are billions of dollars of fraud in MediCal, In-Home Supportive Services and welfare alone. Enough is enough.”

A Los Angeles Times report found that welfare recipients made about $1.8 million in cash withdrawals at casinos since October, leading Gov. Arnold Schwarzenegger to issue an executive order banning the use of the welfare ATM cards at casinos.

But with the state facing a $19 billion budget deficit, finding outlandish anecdotes of alleged fraud such as the casino withdrawals won’t come close to solving the budget crisis, welfare advocates said.

“It’s an unfortunate statement that for some politicians, there’s political value to be gained by demonizing the poor through unsupported allegations,” said Frank Mecca, executive director of the County Welfare Directors Association. “We have extensive anti-fraud mechanisms in place and we’re proud of rooting out fraud. Nobody wants to spend scarce resources on people cheating, but the fraud rate is small compared to what some politicians make it out to be.”

In a federal program meant to reduce the stigma of receiving welfare benefits, recipients in all 50 states are provided what are called Electronic Benefit Transfer cards that can be used to redeem food stamps at grocery stores or cash at ATMs.

The maximum cash welfare grant for a family of three — typically a single mother and two children — is $694; the average annual benefit for a welfare family is $4,733, at a cost of about $156 a year to the average taxpayer. Though welfare caseloads in CalWORKs have ticked up slightly in recent years, the 500,000 or so recipients are a far cry from the nearly 1 million who received benefits before federal welfare reform in 1996.

The California Performance Review, a 2006 audit looking into waste and fraud, found a fraud rate of 2 percent, and that “the big money savings identified were all in policy and program changes,” said Jean Ross, executive director of the California Budget Project, a welfare-advocacy organization.

Schwarzenegger said, “We did not find the kind of abuse that I thought there is.”

Ross said Whitman’s claim that there is $6 billion in fraud in welfare, IHSS and MediCal services is a “highly unrealistic figure.”

Schwarzenegger has proposed eliminating the entire $1.6 billion CalWORKs program — a proposal most view as a bargaining position and unlikely to happen once lawmakers and the governor ultimately negotiate a budget. Whitman has said she would reform the state’s welfare system rather than eliminate it. But critics say her welfare reforms are more severe than Schwarzenegger’s.

In her 48-page policy pamphlet, Whitman says that California loses billions of dollars each year because “our welfare system rewards chronic dependency instead of requiring work.”

She has proposed reducing lifetime welfare benefits from five years to two, requiring recipients to earn a GED and instituting more stringent penalties for recipients who, she says “refuse to work.” She doesn’t outline what those penalties would be.

Her positions reflect a harsh view of those in poverty, said Mike Herald, a lobbyist for the Western Center on Law and Poverty.

“These attempts to take advantage of the stereotypes of poor people really are a tool to enhance her candidacy and play on peoples’ fears and resentments,” Herald said.

“This proposal will root out fraud, waste and abuse to protect taxpayers and make sure that social programs survive for the struggling Californians who need them the most,” said Tucker Bounds, a spokesman for Whitman. “The state has itself uncovered and helped prosecute expensive examples of fraud and abuse, but still independent reports confirm that much more exists.”

Fraud is clearly a problem in state government, said David Kline, research analyst for California Taxpayers’ Association, which produced a report this year showing $18.9 billion in fraud over the last 10 years based on media reports, government audits and court cases.