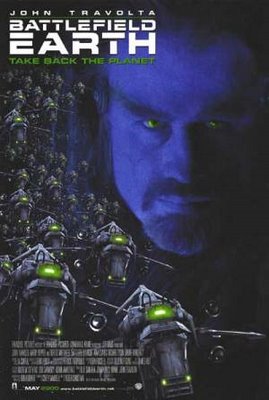 “What’s your favorite novel?” is a perennial campaign question, the answer to which presumably gives insight into leadership.

A Moby Dick lover may understand the perils of obsessively chasing of a goal. A fan of To Kill a Mockingbird may well focus on racial justice.

When asked his favorite novel in an interview shown yesterday on the Fox News Channel, Mitt Romney pointed to Battlefield Earth, a novel by L. Ron Hubbard, the founder of Scientology. That book was turned into a film by John Travolta, a Scientologist.

A spokesman said later it was one of Mr. Romney’s favorite novels.“I’m not in favor of his religion by any means,” Mr. Romney, a Mormon, said. “But he wrote a book called Battlefield Earth that was a very fun science-fiction book.” Asked about his favorite book, Mr. Romney cited the Bible.