In an exclusive excerpt below, Locker looks at how Nixon and his national security adviser, Henry Kissinger, were alarmed in May 1969 by the number of leaks coming out of the government about Nixon’s foreign policy. The president and Kissinger were particularly incensed by a May 9, 1969, story in The New York Times about U.S. warplanes bombing targets in Cambodia, which was then a neutral country. They asked FBI Director J. Edgar Hoover to help them find the leakers, and Hoover proposed having William C. Sullivan, the FBI’s longtime intelligence division, supervise wiretaps on government officials and journalists to see if they could determine who was leaking to the press. They found almost nothing, but Sullivan’s participation meant that the crafty longtime FBI official knew one of Nixon’s biggest secrets.

Sullivan, the man on whose shoulders rested the responsibility for the wiretaps, was known to friends and enemies alike as Crazy Billy. The taps would become a few more extra secrets for a man immersed in them. Sullivan looked little like the crisply dressed, white-shirted agents with neatly combed hair who dominated Hoover’s inner circle. Short and pugnacious, Sullivan’s clothes were often rumpled and baggy, a fashion statement his superiors often noted in his annual reviews. His office overflowed with papers, and while Sullivan looked like an absent-minded professor, he sounded like a raspy-voiced Boston street cop. He had grown up on a farm inBolton, Massachusetts, thirty-five miles west of Boston, gone to American Universityin Washington, and then returned home to work as a high school teacher and principal. After four years as an Internal Revenue Service agent, he joined the FBI in 1941 shortly before the Japanese attack on Pearl Harbor. His superiors quickly saw promise behind his atypical appearance. He tracked suspected subversives in Milwaukee and then moved to El Paso, where he was mentored by Charlie Winstead, the agent who had gunned down notorious bank robber John Dillinger. By 1944, Sullivan had returned to Washington as an intelligence division supervisor. Hoover put him on his most sensitive investigations; in late 1945, Sullivan fed Bureau files about State Department official Alger Hiss to Father John Cronin, a fervent anticommunist. Three years later the information Sullivan passed to Cronin would end up in Nixon’s hands as he led the case against Hiss.

Sullivan spent the coldest years of the Cold War spying on suspected Soviet agents and tracking Americans helping the Soviet Union. Communists were Hoover’s obsession. The Bureau developed its own counterintelligence program spying on Soviet and other agents in the United States. As deputy to Assistant Director Alan Belmont, who led the Bureau’s Domestic Intelligence unit, Sullivan started his first operation against suspected communists inside the United States in 1956. His performance reviews noted his avid study of communism. President Eisenhower and other officials desperately wanted to know more information about Soviet intentions. Their ardor only increased when the Soviets launched their Sputnik satellite in 1957 and scared Americans about their head start in the space race. In some years, Sullivan gave more than sixty lectures around the country on the threat of communism, earning plaudits from civic and law enforcement groups.

Sullivan’s counterintelligence agents used the same techniques on suspected communists that they used during the war on Nazi and Axis operatives. They broke into homes and offices, tapped telephones, and mailed threatening letters to the wives and colleagues of members of groups agents wanted to destabilize. They created suspicions about disloyalty or infidelity by posing as cops who called targeted organizations to make them suspect each other was an informant. They sought less to build criminal cases but to destabilize and weaken their targets until they no longer posed a threat. Eventually, however, their focus changed from known communist groups to those with rather ephemeral connections to communism, such as the NAACP or local Boy Scout troops. It was, as Sullivan would tell a Senate committee almost twenty years later, a “rough, tough, dirty business and dangerous,” but one Hoover, his agents, and their clients thought they were winning. They had few, if any, regrets. These programs, operating under the designation COINTELPRO, were some of the FBI’s biggest secrets.

By 1961, Sullivan had become director of the Domestic Intelligence division and the FBI’s representative to the US Intelligence Board, a joint panel whose members included the heads of the CIA, Defense Intelligence Agency, and the National Security Agency. That put him at the heart of deliberations for national intelligence estimates ranging from the Soviet Union to China to nuclear proliferation. Hoover cared little about these meetings, which enabled Sullivan to build relationships with other intelligence chiefs, including CIA directors John McCone and Richard Helms. Eventually Sullivan concluded the United States needed a more integrated intelligence system in which agencies collaborated instead of fighting each other. Helms, in particular, agreed. He and Sullivan cooperated behind Hoover’s back often, including during the 1965 US occupation of the Dominican Republic, when Hoover sent FBI agents into what Helms considered a CIA operation. Sullivan knew Hoover would have fired him if he had learned what he and Helms were doing. Sullivan did it anyway.

Sullivan developed a band of eclectic friends beyond those of the typical FBI agent from Hoover’s closed circle. He became close to those at the heart of the Kennedy and Johnson Pentagon, particularly Haig. He got to know Kraemer on the anticommunist lecturing circuit, and they had a relationship in which the Pentagon strategist felt comfortable enough to drop into Sullivan’s office and accuse McGeorge Bundy, John Kennedy’s national security adviser, of being a “Fabian Socialist” who viewed nuclear war as “unthinkable.” He traded suspicions of domestic intelligence threats with James Angleton, the CIA’s counterintelligence chief who grew increasingly paranoid after he was burned by his friendship with British spy and traitor Kim Philby. Vernon Walters, Nixon’s former translator and later the deputy director of the CIA, was another with whom Sullivan would discuss how to improve the nation’s domestic intelligence network. Sullivan also befriended and influenced a generation of young reporters who would mature to become some of the nation’s most influential, such as columnists Robert Novak and Jack Anderson and a former navy lieutenant turned Washington Post reporter named Bob Woodward. Starting in 1969, Novak said, Sullivan provided him with a steady stream of tips about subversive groups operating in the United States.

The Bureau’s counterintelligence operations expanded greatly during Sullivan’s tenure as FBI intelligence chief, and fell under the umbrella known as COINTELPRO. First, because Hoover suspected communist manipulation of the civil rights movement, Sullivan started a program against Martin Luther King Jr. and other movement leaders. Despite the lack of evidence, Hoover believed that King would emerge from his cloak of nonviolence and suddenly embrace an angry, violent brand of Black Nationalism. Agents tapped King’s home telephone and the many hotel rooms in which he stayed while on the road. Eventually they gathered enough recordings to create a “sex tape” of King with other women. Sullivan authorized sending the tape to King’s home with a letter calling King an “evil beast.” The FBI’s intimidation never worked with King, who only fought harder. Although it never uncovered anything remotely close to communist manipulation of King, the Bureau continued spying on King until his assassination in April 1968. No matter what Sullivan said or what the evidence showed, Hoover never stopped trying to destroy King. After King’s death, the Bureau spied on his widow, Coretta Scott King, and kept on digging up what it considered incriminating information on King’s successor at the Southern Christian Leadership Conference, the Rev. Ralph David Abernathy, until the COINTELPROs were stopped in 1971.

Sullivan was an equal opportunity secret policeman. While he hounded King and the civil rights movement—at Hoover’s insistence, Sullivan would later claim — he also led the Bureau’s successful penetration of the racist Ku Klux Klan in 1964. FBI agents and informants destabilized the white hate group at the peak of its fight against the civil rights movement. They created bogus Klan chapters run by informants and sent anonymous letters to Klan family members, much as they did to King, aimed at breaking up their marriages. By the end of the 1960s, they had broken the Klan, Sullivan bragged.

From the Klan, the FBI’s COINTELPROs moved to more aggressive black groups, such as the Black Panthers, and then to what the FBI called the New Left, a grab bag of student groups focused mainly on their opposition to the Vietnam War. Sullivan knew they posed no real threat. Most of them just wanted the United States to get out of Vietnam, particularly if it meant they would be drafted and sent there to fight. Sullivan still gave COINTELPRO all he had and held little back. His FBI record teems with his memos to Hoover and other officials about the aggressiveness of intelligence and counterintelligence activities at home and abroad. He vigorously carried out Hoover’s paranoid vision. There was a reason Sullivan was the one subordinate Hoover addressed by his first name.

Throughout it all, Sullivan developed a reputation as the FBI’s liberal house intellectual with his dark, horn-rimmed glasses and Democratic leanings. Sullivan had also mastered the Bureau’s Byzantine politics. He burned, as former associate and rival Cartha DeLoach said, with “more ambition than sense.” His rivals and friends considered Sullivan passionate and unpredictable. His subordinates adored him, because he favored action against the enemy within, be they Soviet spies, civil rights leaders, Klansmen, or student radicals. Those instincts brought Sullivan into greater conflict with Hoover, as Sullivan thought Hoover had lost his nerve and wanted to do too little, especially when it came to cooperating with other agencies. Hoover wanted to preserve an FBI monopoly on intelligence; he bitterly fought the creation of the CIA and its predecessor, the Office of Strategic Services. He punished those who cooperated with anyone.

Hemmed in at the FBI, Sullivan turned increasingly to his friends at the CIA. Angleton’s doubts about FBI intelligence assets infected Sullivan. He, too, began to wonder if Soviet bloc operatives were playing the FBI. If Hoover would not allow a stronger FBI, Sullivan believed, he would have to find a way to bring the FBI, CIA, and other intelligence agencies closer together. The US intelligence community was not reaching its potential, Sullivan told Helms in October 1968. They needed to find a better way to move “ahead of the winds of change instead of being blown by them later on willy-nilly.” Nixon’s call for wiretaps and a crackdown on leaks could not have found a more willing collaborator.

Locker is the Washington enterprise editor of USA TODAY and author of Nixon’s Gamble: How a President’s Own Secret Government Destroyed His Administration, to be published Oct. 1. 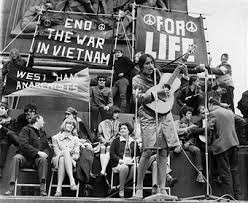 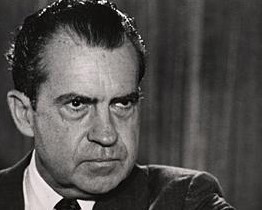