A Republican congressional candidate in rural Idaho faced an eve-of-election accusation of plagiarising a famous speech by his ideological foe President Barack Obama. 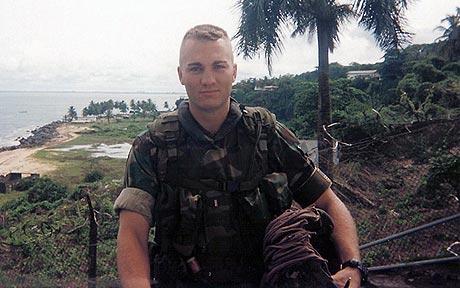 Vaughn Ward, who was running for the Republican congressional nomination in an election held yesterday, is a former US Marine Corps officer and CIA operative who served in Iraq.

His campaign biography stated that he "spent most of his years on the family farm in Shoshone, Idaho" and had "developed his strong work ethic and learned the value of dependability" from that time.

But Lucas Baumbach, a local party activist, produced a YouTube video that suggested Mr Ward derived greater influence from the Harvard-educated Democrat currently occupying the White House. The video shows Mr Obama addressing the 2004 Democratic National Convention with the words: "We stand on the crossroads of history. We can make the right choices and meet the challenges that face us."

It then cuts to Mr Ward speaking in January and saying: "As we stand on the crossroads of history, I know we can make the right choices and meet the challenges that lay before us." There were several other close similarities between the two speeches.

A spokesman for Mr Ward, who had previously apologised after it was discovered that five of his 10 political positions had been lifted from the websites of other politicians, told "Politico" that the furore over the video was much ado about nothing.

"Folks are getting desperate-they're saying anything to get Vaughn to go after him. If anyone thinks he's anything like Obama, they're dead wrong,"

And after this spring's disastrous, gaffe-filled primary campaign -- during which Ward declared that Puerto Rico was a country, apparently plagiarized fellow candidates and Barack Obama, campaigned on cutting federal spending while his wife's gig at Fannie Mae allowed Ward to go without an income, and re-released a six-month-old endorsement -- Ward may be able to add another title to his resume: Worst candidate ever.

The Ward campaign tried to downplay the mistake-ridden campaign in a phone call with TPMDC today. Spokesman Mike Tracy said that Ward "takes full responsibility for what's happened," but that many of the campaign's problems centered around a campaign manager who was replaced less than two weeks ago.

"We took care of the situation," Tracy said. "Changes were made."

On May 13, the Idaho Statesman reported that Ward had been endorsed by the American Conservative Union political action committee. The only problem? The newspaper had already published the months-old endorsement -- way back on Nov. 10, 2009. But the Ward campaign re-released the endorsement in May anyway, and the paper initially took the bait. From the Statesman's story on the flap:

Ward's campaign manager, Ryan O'Barto, explained the decision to reissue the news release in an e-mail early Thursday, "As we get closer to the election I like to re-release endorsements. Some were sent out a long time ago and since it was so far out the press might not have picked it up due to the election being so far away."But an hour later, O'Barto called to apologize. "I'm not trying to get anything over on you. It's the same release as before and that's not what it's supposed to be. I'm about to send out a correction. That's my fault. I just got a new Mac and I'm still trying to figure it out."