Reckoning with a Solidly Right-Wing America 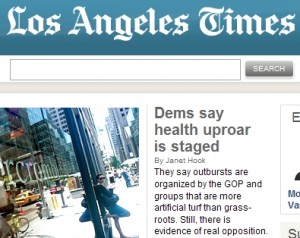 A week ago, Glenn Greenwald performed an excellent dissection on a New York Times articleabout President Obama’s secretive anti-terrorist “death panels.” When Greenwald finished peeling back the skin, he aptly pinned a great many horrible hidden things with descriptive tags to help us see the inner blood and guts more clearly.

There is more pull-quote material, each quote more galling than the last, in the Greenwald article than one can shake a scalpel at. Just read it.

When the right wing of our fake political spectrum feels that Romney isn’t far enough to the right;

When the current Commander-in-Chief earns praise from his far-right predecessors for continuing their bloodiest policies;

When President Obama not only continues those policies, but amplifies them beyond his predecessors’ wildest dreams;

When President Obama governs far enough right of center to favor Wall Street over Main Street while giving us toothless regulators who only seem to find their dentures when attacking medical marijuana states;

When all these things are the case, and when the Establishment Left throws its weight behind him;

Then all I can see is a nation that has become 92% right wing, 8% undecided.

Throwing the occasional bone to the nominal left does not a liberal make. Hell, raining bones down on them while he continues his raw red meat policies of death and plutocracy doesn’t make him liberal. No amount of renaming this blood-red rose will make him anything other than one thorny prick of a Bush.

What truly distinguishes this administration from the previous? Bush/Cheney tried boiling the American frog too quickly and it kept jumping out of the pot. Obama/Biden just turned down the heat so that we’ll boil more complacently and more completely.