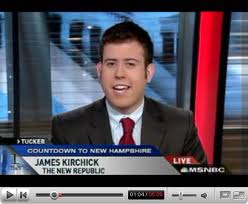 Amidst the brouhaha over Juan Williams getting fired from his job at National Public Radio, and subsequent calls by conservatives to defund NPR, the broader issue of how government-funded media influences the American discourse needs to come into sharper focus. As a glaring example of how the taxpayers are forced to subsidize political propaganda, there is none better than Radio Free Europe/Radio Liberty.

A relic of the cold war, when it looked like the Soviet Union was about to swallow up all of Europe (or so we were told), RFE/RL was conceived as a counter-propaganda effort to help prevent a Soviet takeover. It’s highly debatable just how much good it did, but, in any case, the alleged threat it was founded to counteract has long since passed into oblivion: the Soviet empire is no more. Yet, unsurprisingly, RFE/RL has continued to function, at taxpayers’ expense, to this day, because …. Well, because that’s what government programs do – they persist, long after the ostensible reason for their existence is gone from the scene.

Bereft of an enemy, at least within range of its radio transmitters, RFE/RL is apparently now taking on those closer to the home front, namely Julian Assange, founder of WikiLeaks. A recent article by RFE/RL “reporter” Jamie Kirchick – who possibly got sick of his job as Marty Peretz’s water-boy over at The New Republic – not only attacks Assange for failing to practice “dispassionate journalism,” but also plumbs for war with Iran. Kirchick avers:

“WikiLeaks will indeed ‘change’ opinions. But they should not alter them in the pacifistic way Assange desires. Far from demonstrating that it is America and its allies which are responsible for most of the violence that has engulfed Iraq in the seven years since the ouster of Saddam Hussein, the latest WikiLeaks reveal, in the words of the Washington Post, that ‘the vast majority of Iraqi civilian deaths were caused by other Iraqis, not by coalition forces.’”

The assertion that the “vast majority” of Iraqi deaths was caused by their own countrymen is quite obviously wrong: it wasn’t the Iraqis, after all, who bombed their own country in air strikes that killed many tens of thousands. Nor did the Iraqis impose draconian economic sanctions, which killed thousands of the old and infirm, on themselves.

Furthermore, the Iraqi-on-Iraqi violence was perpetrated by military forces trained, equipped, and directed by the US, with the full knowledge of the commanders in the field. The Iraq war logs show that the Iraqi police and the army tortured, raped, and murdered while their training and salaries were being paid by US taxpayers. WikiLeaks revealed that the top US leadership had explicitly ordered US military personnel not to investigate incidents reported in the field. According to the conventions of international law, the US, as an occupying power, is directly responsible for the crimes of its paid sock-puppets, a description that surely fits the Iraqi police and security forces.

Undeterred by either logic or common sense, Kirchick ploughs ever onward:

“Many of those deaths were perpetrated by Iraqis who received training in neighboring Iran. The New York Times last week said that the documents reveal the ‘shadow war between the United States and Iraqi militias backed by Iran’s Revolutionary Guards.’ According to a 2006 report, for instance, Azhar al-Dulaimi, a Shi’ite militia commander who had kidnapped officials from Iraq’s Ministry of Higher Education, was trained by Iran’s Revolutionary Guards and Hezbollah, Iran’s terrorist proxy in Lebanon. This is but one of the connections to Iran that the WikiLeaks reveal; the documents offer a trove of information spelling out in specific detail how various instruments of the Iranian regime funded, equipped, and trained Shi’ite militants to kill not only their fellow Iraqis, but coalition troops as well.”

This is nonsense, pure and simple: the “training” received by Iraqi Shi’ite militias, associated with the various Shi’ite political parties such as the Supreme Council for the Islamic Revolution in Iraq (SCIRI) and the Da’wa party, occurred long before the overthrow of Saddam Hussein and the secular Ba’athist regime.

Now known as the Islamic Supreme Council of Iraq (ISCI), the group was founded in 1982 by Shi’ite refugees from Iraq, and set up its headquarters in Tehran. During the run-up to the American invasion, SCIRI/ISCI was courted by the US, and asked to join in a coalition with the Iraqi National Congress and the Iraqi National Accord. Far from being an alien factor in Iraqi politics, the party has seats in parliament and commands the loyalties of the majority of Shi’ites in the Shi’ite-dominated southern regions of the country. ISCI”s military wing, the Badr Organization, has been integrated to a large degree into the Iraqi military and security force structure. If the Iranians were training and equipping them prior to the establishment of the new US-supported government, then it is the US that is doing the training and equipping today.

The irony here is that, absent US intervention, ISCI would still be in Tehran. Advocates of the war – of which Kirchick was one of the most voluble – have no standing to criticize its activities.

“What is now beyond dispute,” says Kirchick, “is that [Iran] clearly sees itself as engaged in a war against the United States and those attempting to forge an independent and democratic Iraq.” Is this why the elected Prime Minister of Iraq paid a visit to Tehran and pledged his eternal friendship and cooperation? Is this also why the Iraqis have made it clear that they don’t intend to let the US occupiers use their country as a staging ground for an American invasion of Iran?

Kirchick’s problem is that it is precisely the leadership of “democratic Iraq” – the Shi’ite parties, whose militias were indeed trained in Iran – that is the target of his ire. Does this mean we have to re-invade Iraq?

The WikiLeaks Iraq war logs consist of “intelligence” gathered by CIA operatives and others in the field. These raw reports simply reiterate what is already known – Iran’s historical ties with the parties that now run the Iraqi government. Kirchick hails this “news” as an earth-shattering revelation, but it has long been known by anyone with even a cursory knowledge of Iraqi politics. The real question is: are the Iranians directing these alleged attacks?

Kirchick will search the Iraq war logs in vain for such evidence. Just as we no longer control the Sunni “Awakening” forces which we armed, and trained, so the Iranians have even less control over ISCI, Da’wa, and whatever other former proxies they may have succored in the past.

Opponents of the Iraq war, including here in this space, warned against the inevitable consequences of the decision to invade – one of which was the greatly increased influence of Iran. This is now occurring before our eyes, and the only proper answer to Kirchick and his fellow neocons is: Brother, you asked for it!

Of course, neocon is merely a synonym for hypocrite, as well as many other unpleasantly negative aspects of the human personality, and so we should not be at all surprised Kirchick fails to mention US-sponsored –and –funded terrorist attacks in Iran, such as those carried out by the al-Qaeda –like group known as Jundallah. Attacks, including suicide bombs, on Iranian civilian and military sites, started under Bush, have increased in the Obama era.

US support for the Mujahideen-e-Khalq (MEK), a cult-like Marxist terrorist organization which used to attack US facilities in the region and has killed US diplomats and others, is also a matter of record. MEK routinely provides bogus “intelligence” to the US purporting to “prove” the existence of an Iranian nuclear weapons program, playing much the same role as the Judy Miller Brigade Iraqi National Congress – those infamous “heroes in error” – in the run-up to the Iraqi invasion.

Kirchick has a personal stake in all this, as is evident from the following:

“Asked about his motives in releasing classified information, Assange has said, ‘I enjoy crushing bastards.’ Presumably, he’s referring to the international coalition – the officials, soldiers, and humanitarian aid workers – trying to bring some measure of stability to Iraq and Afghanistan, and not the theocrats and mass murderers who have visited such destruction and misery on those countries. Assange doesn’t seem to have much fire in his belly for going after them.”

It’s no wonder Kirchick feels personally threatened by someone who enjoys “crushing bastards.” Assange is a kind of litmus test: you either respond to his clear-headed honesty and sense of implacable justice with admiration, or fear. Creeps all over the blogosphere are calling for his death, including some of the very creepiest, such as Jonah Goldberg. Kirchick surely is the exemplar of this type: the smug little neocon who once called for the organization of an exclusively gay military brigade to fight all the wars he wants to start while he cheers from the offices of The New Republic, or, more recently, Radio Free Money for Otherwise Unemployable Pundits.

Which brings us to the real subject of this column: why oh why is Kirchick being paid with my tax dollars to propagandize for war with Iran? As a government employee, he spends his time “proving” that Iran has already attacked us, and beating the drums for war. He goes after Assange for not being a “dispassionate journalist,” but what is Kirchick?

I’ll tell you what he is: a little bastard who’s getting paid to churn out war propaganda on my dime and your dime and everybody’s dime, a free-loading warmonger whose job shouldn’t exist. He needs to be fired, pronto, for directing his propagandistic efforts at the American people, rather than the poor, oppressed, and deservedly minuscule audience of Radio Free Europe and Radio Liberty.

A Timeline of CIA Atrocities