Bush, Pakistan and the Bomb 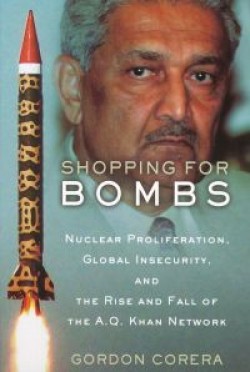 The journey to the martial law just imposed on Pakistan by Pervez Musharraf began in Washington on Sept. 11, 2001. On that day, it so happened, Pakistan's intelligence chief, Lieutenant General Mahmood Ahmed, was in Washington. He was summoned forthwith to meet with Deputy Secretary of State Richard Armitage, who gave him perhaps the earliest preview of the global Bush doctrine then in its formative stages, telling him, "You are either 100 percent with us or 100 percent against us."

The next day, the administration presented seven demands for a Pakistan that wished to be "with us." These concentrated on gaining its cooperation in assailing Afghanistan's Taliban regime, which had long been nurtured by the Pakistani intelligence services in Afghanistan and had, of course, harbored Osama bin Laden and his Al Qaeda training camps.

Conspicuously missing was any requirement to rein in the activities of A.Q. Khan, the "father" of Pakistan's nuclear arms, who had been clandestinely hawking nuclear-bomb technology around the Middle East and North Asia for some years.

Musharraf decided to be "with us." But, as in so many countries, being with the United States in its Global War on Terror turned out to mean not being with one's own people. Although Musharraf was already a dictator, he now took the politically fateful step of very visibly subordinating his dictatorship to the will of a foreign master. In many countries, people will endure a homegrown dictator but rebel against one who seems to be imposed from without.

A public opinion poll in September suggests what the results have been. Osama bin Laden, at 46 percent approval, was more popular than Musharraf, at 38 percent, who in turn was far better liked than President George W. Bush, at a bottom-scraping 7 percent.

Even before the Bush Administration decided to invade Iraq, the immediate decision to bully Musharraf into compliance defined the shape of the policies that Bush would adopt toward a far larger peril that had seemed to wane after the Cold War, but now was clearly on the rise: the gathering nuclear danger.

Bush proposed what was, in fact if not in name, an imperial solution. In the new dispensation, nuclear weapons were not to be considered good or bad in themselves; that judgment was to be based solely on whether the nation possessing them was itself judged good or bad (with us, that is, or against us).

Iraq, obviously, was judged to be "against us" and suffered the consequences. Pakistan was clearly classified as with us.

That doctrine constituted a remarkable shift. Previously, the United States had joined with almost the entire world to achieve nonproliferation solely by peaceful means. The great triumph of this effort had been the Nuclear Nonproliferation Treaty, under which 183 nations, dozens quite capable of producing nuclear weapons, eventually agreed to remain without them.

In this dispensation, all nuclear weapons were considered bad, and so all proliferation was bad as well. Even existing arsenals, including those of the two superpowers of the Cold War, were supposed to be liquidated over time. Conceptually, at least, one united world had faced one common danger: nuclear arms.

In the new, post-9/11 dispensation, however, the world was to be divided into two camps. The first, led by the United States, consisted of good, democratic countries, many possessing the bomb; the second consisted of bad, repressive countries trying to get the bomb and, of course, their terrorist allies.

Nuclear peril, once understood as a problem of supreme importance in its own right, posed by those who already possessed nuclear weapons as well as by potential proliferators, was thus subordinated to the polarizing "war on terror."

This peril could be found at "the crossroads of radicalism and technology," otherwise called the "nexus of terror and weapons of mass destruction," in the words of the master document of the Bush Doctrine, the 2002 National Security Strategy.

The good camp was assigned the job not of rolling back all nuclear weapons but simply of stopping any members of the bad camp from getting their hands on the bomb.

The means would no longer be diplomacy, but "preventive war" (to be waged by the United States). The global Cold War of the late 20 century was to be replaced by global wars against proliferation - disarmament wars - in the 21st.

These wars, breaking out wherever in the world proliferation might threaten, would not be cold, but hot indeed, as the invasion of Iraq soon revealed - and as an attack on Iran, now under consideration in Washington, may soon further show.

Vetting and sorting countries into the good and the bad proved, however, a far more troublesome business than those in the Bush Administration ever imagined. Iraq was not as "bad" as alleged, for it turned out to lack the key feature that supposedly warranted attack - weapons of mass destruction. Neither was Pakistan as "good" as alleged.

Indeed, the Pakistan of Pervez Musharraf has become a one-country inventory of all the major forms of the nuclear danger. In 1998, it had conducted a series of five nuclear tests in response to five tests by India, with whom it had fought three conventional wars since its independence in 1947. Both Iraq and Pakistan were dictatorships (though the Iraqi government was incomparably more brutal). Iraq did not harbor terrorists; Pakistan did, and does so even more today. Iraq, lacking the bomb, could not of course be a nuclear proliferator. Pakistan was, with a vengeance. The arch-proliferator A. Q. Khan established a clandestine multinational corporation dedicated to nuclear proliferation for a profit.

The extent of the government's connivance in this enterprise is still unknown, but few observers believe Khan's operations would have been possible without at least the knowledge of officials at the highest levels of that government. Yet all this activity emanating from the "major non-NATO ally" of the Bush administration was overlooked until late 2003, when American and German intelligence intercepted a shipload of nuclear materials bound for Libya and forced Musharraf to place Khan, a national hero owing to his work on the Pakistani bomb, under house arrest.

Iraqi apparatchiks could not, of course, peddle to terrorists, Al Qaeda or otherwise, technology they did not have, as Bush suggested they would do in seeking to justify his war. The Pakistani apparatchiks, on the other hand, could - and did. Shortly before Sept. 11, 2001, two leading scientists from Pakistan's nuclear program - Sultan Bashiruddin Mahmood, the former Director General of the Pakistan Atomic Energy Commission, and Chaudry Abdul Majeed - paid a visit to Osama bin Laden in Afghanistan to advise him on how to make or acquire nuclear arms. They, too, are under house arrest.

If, however, the beleaguered Pakistani state starts to fall apart, the danger of insider defections from the nuclear establishment will certainly rise. The problem is not so much that the locks on the doors of nuclear installations will be broken or picked, as that those with the keys will simply switch allegiances and put the materials they guard to new uses.

The "nexus" of terrorism and the bomb, the catastrophe the Bush Doctrine was specifically framed to head off, might then be achieved - and in a country that was "for us." What has failed in Pakistan, as in smashed Iraq, is not just a regional U.S. policy, but the pillars of the entire global Bush doctrine, as announced in late 2001.

In both countries, the bullying has failed; popular passions within each have gained the upper hand, and Washington has lost much of its influence. In its application to Pakistan, the doctrine was framed to stop terrorism, but in that country's northern provinces, terrorists have in fact entrenched themselves to a degree unimaginable even when the Taliban protected Al Qaeda's camps before Sept. 11.

If the Bush Doctrine laid claim to the values of democracy, its man Musharraf now has the distinction - rare even among dictators - of mounting a second military coup to maintain the results of his first one. In a crowning irony, his present crackdown is on democracy activists - and not the Taliban, armed Islamic extremists, or Al Qaeda supporters.

Most important, the collapsed doctrine has stoked the nuclear fires it was meant to quench. The dangers of nuclear terrorism, of proliferation and even of nuclear war (with India, which is dismayed by developments in Pakistan as well as the weak Bush administration response to them) are all on the rise.

The imperial solution to these perils has failed. Something new is needed, not just for Pakistan or Iraq, but for the world. Perhaps now someone should try to invent a solution based on imperialism's opposite, democracy, which is to say respect for other countries and the wills of the people who live in them.

Jonathan Schell is the author, among other books, of "The Fate of the Earth" and the just-published "The Seventh Decade: The New Shape of Nuclear Danger." This piece originally appeared at Tomdispatch.com. Distributed by Agence Global.