The Irony of the Prop 8 Ruling 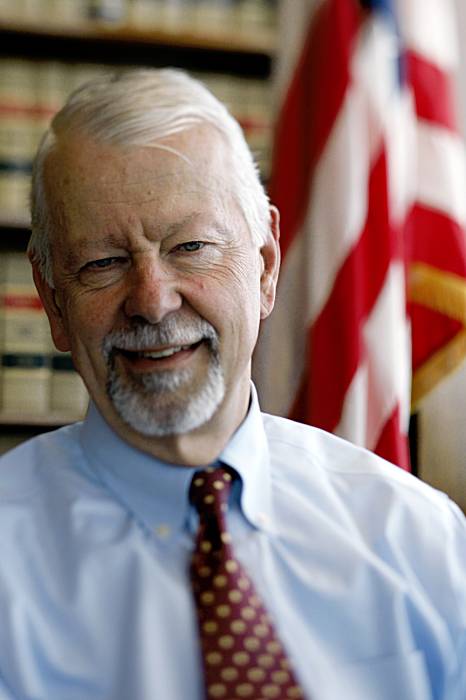 David Boaz points out some of the ironies of the Prop 8 ruling and the reaction to it. He points out that not only was Judge Vaughan Walker appointed by two Republican presidents (Reagan and Bush 41), but he was fiercely opposed by liberal interest groups and legislators -- gay rights groups in particular, because of his role in a lawsuit against the Gay Olympics.

In fact, Judge Walker was first appointed to the federal bench by President Ronald Reagan in 1987, at the recommendation of Attorney General Edwin Meese III (now the Ronald Reagan Distinguished Fellow in Public Policy and Chairman of the Center for Legal and Judicial Studies at the Heritage Foundation).

Democratic opposition led by Sen. Alan Cranston (D-CA) prevented the nomination from coming to a vote during Reagan's term. Walker was renominated by President George H. W. Bush in February 1989. Again the Democratic Senate refused to act on the nomination. Finally Bush renominated Walker in August, and the Senate confirmed him in December.What was the hold-up? Two issues, basically. Like many accomplished men of the time, he was a member of an all-male club, the Olympic Club. Many so-called liberals said that should disqualify him for the federal bench. People for the American Way, for instance, said in a letter to Judiciary Committee chair Joe Biden, "The time has come to send a clear signal that there is no place on the federal bench for an individual who has, for years maintained membership in a discriminatory club and taken no meaningful steps to change the club's practices."

The second issue was that as a lawyer in private practice he had represented the U.S. Olympic Committee in a suit that prevented a Bay Area group from calling its athletic competition the Gay Olympics.

Because of those issues, coalitions including such groups as the NAACP, the National Organization for Women, the Human Rights Campaign, the Lambda Legal Defense Fund, and the National Gay and Lesbian Task Force worked to block the nomination.

In other words, this "liberal San Francisco judge" was recommended by Ed Meese, appointed by Ronald Reagan, and opposed by Alan Cranston, Nancy Pelosi, Edward Kennedy, and the leading gay activist groups. It's a good thing for advocates of marriage equality that those forces were only able to block Walker twice.

Also remember that Justice Kennedy was opposed by all those liberal interest groups too, yet he has authored the two most important gay rights legal victories in the nation's history. Predicting how a Supreme Court justice will rule once on the court is dicey at best. The autonomy of the position can lead to dramatic changes in perspective.